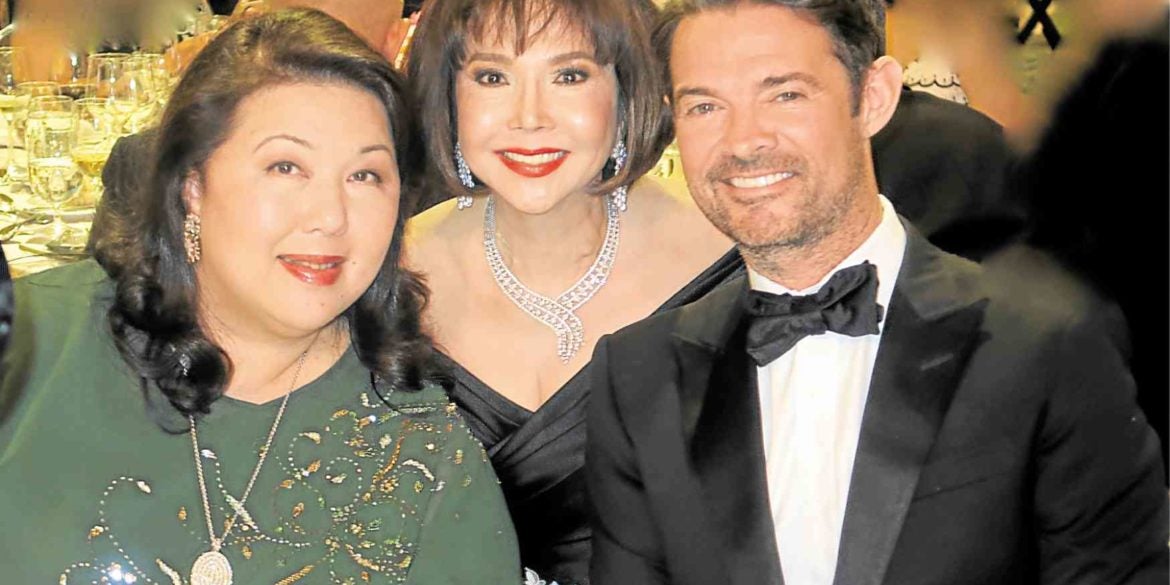 For this year’s charity auction, the following lots were up for bidding: a five-night stay at Tellus in Niseko, Japan from Luxe Nomad; three iconic 2001 magnums from Bordeaux generously donated by Gigi Montinola; Geraldine Javier’s “Must It Be?” painting; a Reverso Tribute Small Seconds timepiece by Jaeger-LeCoultre from Lucerne; and a six-night safari in private camps at Serengeti National Park in Tanzania for eight people from A2A Safaris.

Guests were encouraged to make donations to this year’s beneficiary, World Wide Fund for Nature (WWF) Philippines, to sponsor their environmental endeavors.

Society’s best were also honored during the program, as Philippine Tatler celebrated this year’s awardees. The entrepreneurial Joey and Marissa Concepcion were named Couple of the Year, while Joanna Preysler Francisco was named Most Stylish Woman. Alice Eduardo, the Most Charitable Force, was recognized for her philanthropic endeavors, and Sofia Zobel Elizalde for her cultural contributions as Patroness of Arts and Culture. Retail magnate Ben Chan received the ultimate honor with this year’s lifetime achievement Diamond Award.

Guests enjoyed performances by the dynamic Arnel Pineda, Highway 54 and DJ Samantha Nicole. The evening was spent in celebration and with purpose.