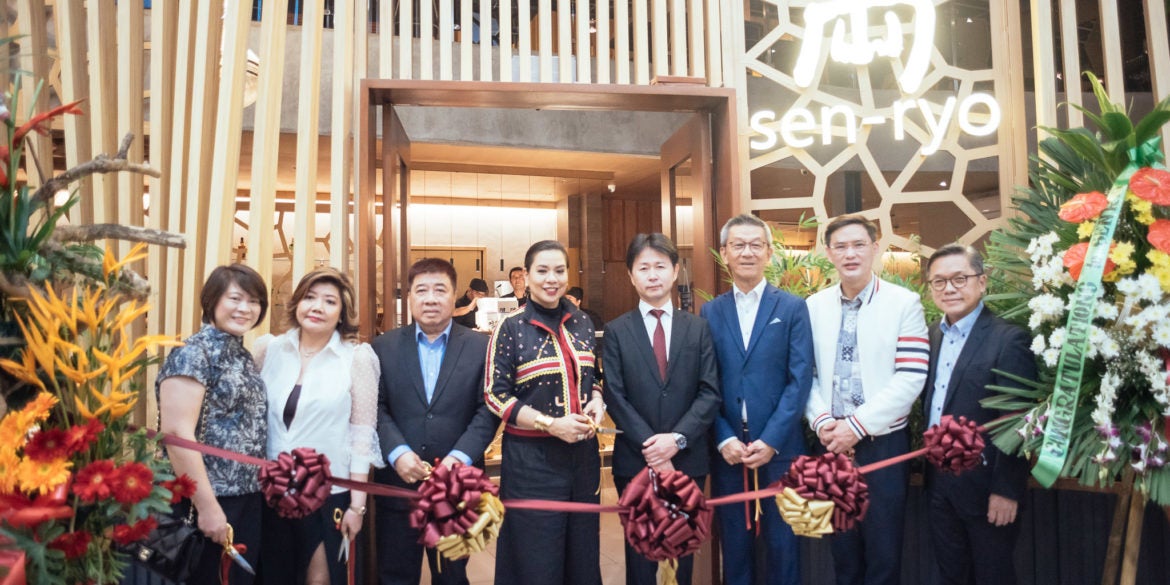 The same owners who brought you Mango Tree, Genki Sushi, Cocina Peruvia, and Kureji were joined by SM COO Mr. Steven Tan, Atty. Gaby Concepcion, Mr. Kato-San (Executive Officer of Overseas Operations Department) and Mr. Oh Lock Soon (president of Keppel Philippines Properties, Inc) to commemorate the Grand Opening of Sen-ryo with a ribbon-cutting ceremony at The Podium Mall in Mandaluyong City last December 10. The ribbon-cutting was followed by dinner to showcase the premium and authentic Japanese cuisine that Sen-ryo is known for.

Sen-ryo is a premium sushi restaurant from Japan, that offers authentic Japanese cuisine combining the freshest ingredients, traditional techniques, and modern technology to deliver the culinary mastery and sushi-making artistry that the brand has become so well-known for around the world. With an appreciation for Sen-ryo in Japan, the owners decided to share the happiness that the concept brings to the Philippine market. Sen-ryo prides itself with having the best nigiri, sashimi, and kushiyaki, among other mouthwatering dishes.

The store’s interiors showcase simple materials such as wood and metal used in unique and unusual ways—transforming them into inspiring pieces that give the restaurant a luxe yet relaxed atmosphere. Inspired by nature, the owners chose wood shaped like waves to represent the flow of water. Every detail—from the plates and cutlery, to the décor and lights were specially chosen to transform the space into one of elegance and simplicity. With two private horigotatsu rooms (a traditional Japanese table that has a recessed floor beneath it) and one private room at the mezzanine level, guests are sure to enjoy an intimate dining experience. Sen-ryo accommodates up to 120 guests.

It all started in 1968 when Mr. Fumio Saito created kaiten sushi—or revolving sushi, in Japan. Bringing in elements of modern technology to complement the nobility of traditional sushi, Mr. Saito popularized this culture of sushi and soon extended its reach to the rest of the world. With the art of edo-mae (handmade sushi) and contemporary kaiten sushi, Sen-ryo has evolved from a traditional culture to a modern art form. Today, Sen-ryo can be found in Japan, Hong Kong, and China. Sen-ryo Philippines is located at Ground Level, The Podium Mall, Mandaluyong City.