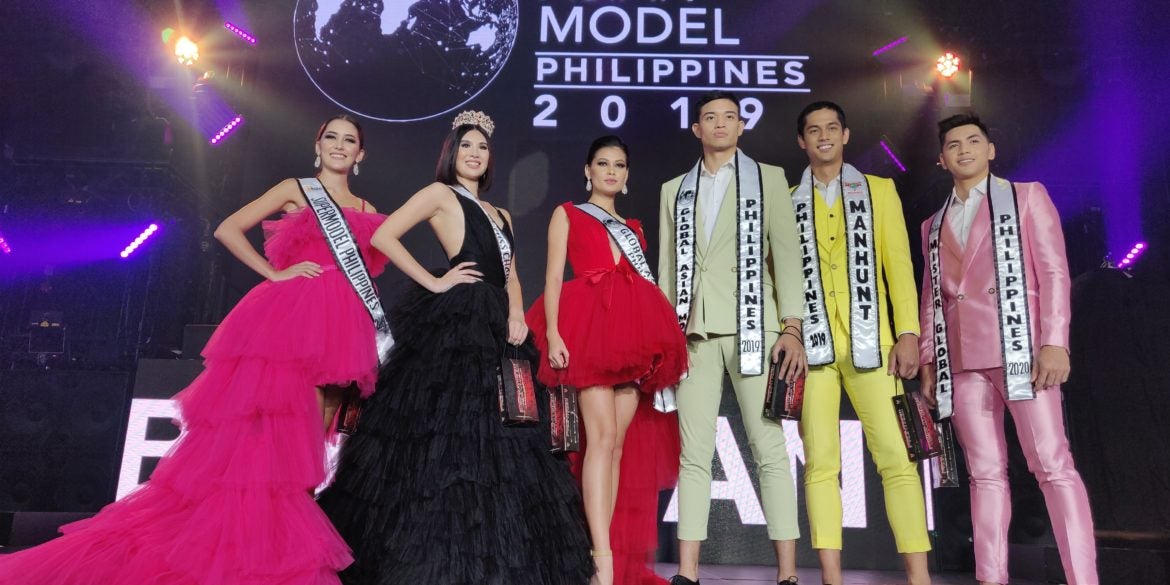 Joshua De Sequera, son of 90s top model Marina Benipayo, bested 20 other aspirants for the Global Asian Model Philippines title in the male category in ceremonies staged at the Cove Manila club at Okada Manila in Parañaque City on Dec. 13.

From a field of 22 female contestants, Ashley Montenegro emerged victorious and took home the Miss Charm Philippines crown. She is the daughter of top models Cara Subijano and Hans Montenegro.

The young queen will represent the Philippines in the inaugural Miss Charm International pageant in Vietnam in January next year.

The elder Montenegro also dabbled into TV hosting, while both Subijano and Benipayo won Binibining Pilipinas crowns and represented the Philippines in the Miss World pageant.

Daumier Corilla was proclaimed Manhunt Philippines, and will represent the country in the 20th edition of the Manhunt International contest, which will take place in the Philippines in February 2020.