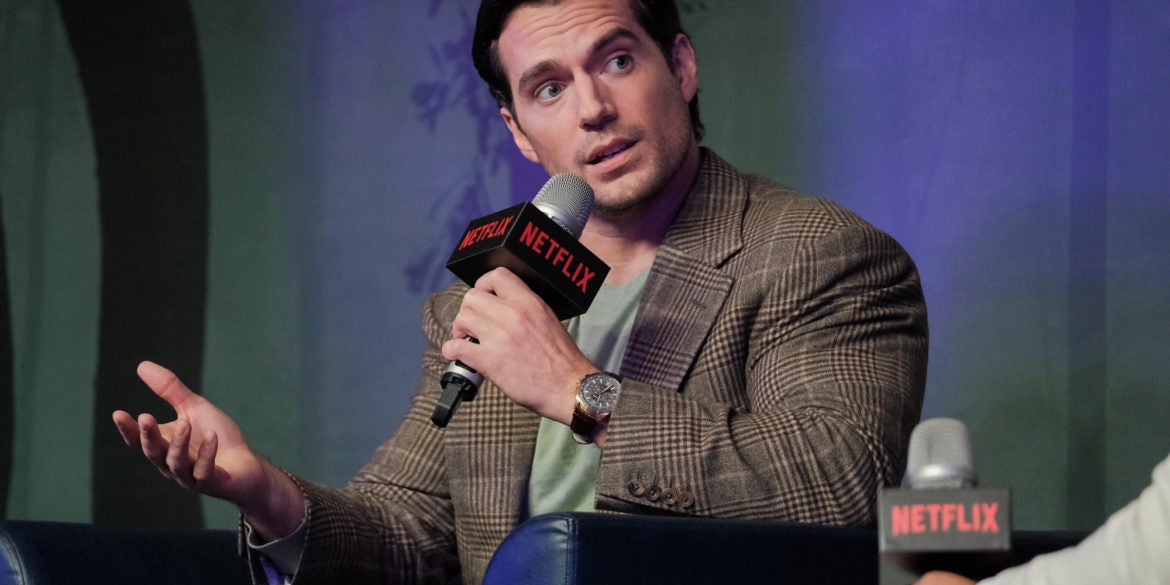 We have a new name for Henry Cavill: The Man Who Won’t Stop Signing.

On the evening of Dec. 12, the actor, who previously starred in “Mission: Impossible—Fallout” and “Man of Steel” tirelessly and patiently autographed poster after poster, Funko Pop after Funko Pop, book, comic books, postcards, even a bust of himself as Superman. He posed for endless selfies, too, with the huge crowd that had gathered at the Activity Center of the Ayala Malls Manila Bay for the fan event and early screening of the upcoming Netflix fantasy series “The Witcher.” This is the most signing and posing we’ve seen any celebrity do on any red carpet (well, this carpet was black but still). It was impressive. He spent over two hours trying to get to as many people as he could and they showed him plenty of love in return, screaming and chanting his name over and over again.

“Thank you for having that beautiful beautiful heart,” said event host Matteo Guidicelli.

“No, thank you, guys,” said Cavill and the crowd responded with more screaming.

These fans will have another new name for Cavill soon: Geralt of Rivia, the monster slayer he plays in “The Witcher,” which begins streaming on Netflix on Dec. 20.

This epic tale of fate, family, humans, witchers, monsters, elves and gnomes has captivated audiences in various formats since the ’90s.

Cavill said, “As soon as I heard that Netflix was making this into a show, I was on my agents every single day, saying, guys, you’ve got to get me in the room, I don’t care how you do it. I at least want to meet someone who can say yes or no. That’s all I cared about.”

While waiting for Cavill on the red carpet, Guidicelli asked fans what they loved about him. The answers were varied.

“Not anymore. He’s…,” Guidicelli replied, waiting for the crowd to finish his sentence.

“The Witcher!” they screamed.

JM De Guzman, who held a Funko Pop figure of Geralt still in its box as he waited for Cavill to arrive, has been playing “The Witcher” video game for two years now. “I love the game play, the storyline, how they built the characters,” he said. Seeing teasers of the Netflix series got him excited, he said. “Sobrang wow. Solid talaga ’yung ‘‘The Witcher.’”

Gerard Sison, a Superman cosplayer who calls himself a fan of Henry Cavill, showed up in full costume as Geralt, complete with the sword and the white blonde hair. “I’ve been following Henry’s career and he’s a genuinely nice guy. I’m actually a Superman fan but with the passion Henry has been showing for “The Witcher,” I’m now a Witcher fan, too,” he said.

For showrunner Lauren Schmidt Hissrich, who previously worked on “The West Wing,” “Daredevil,” “The Umbrella Academy,” connecting with the fans is an important step in creating the Netflix adaptation of “The Witcher.” “When Netflix first came to me and asked me if I wanted to adapt “The Witcher,” I said no. I feel really strongly that taking on a project this big with so many fans that are so passionately in love with it, that it should be honored in the right way. I basically said, I’m not a fantasy writer. I don’t think I’m the right person to honor this. I don’t know that I can give the fans what they want.”

But Netflix asked her: “What story would you tell? What did you fall in love with in the books?”

“I realized what I was thinking about was was monsters and magic but in fact, this fantasy is about three people who are alone in the world and feel like they don’t need anyone. They all feel like they haven’t ever belonged any place before and then they find each other and realize what they’ve been looking for and that they are destined to be a family. That’s something that I knew I could write and I wanted to write. The unexpected thing was that I found just how much I liked writing the monsters and magic, too.”

Hissrich said interacting with fans on social media was a big part of her process. “I wanted to learn what other people loved about the show.

Eventually I realized we all were kind of loving the same things. I wanted to know what was appealing about this franchise because the amazing thing is… obviously these are Polish books, but however you access it, via games, the books or the comics, anything, it has a worldwide following. It’s really impactful to audiences all over the world who have different experiences, different beliefs… Something in it appeals to everyone.”

Fans are naturally protective of the things they love, so it was no big surprise that not all of them agree with Hissrich. And she’s okay with that. “I have nothing to fear from fans. I set some really basic ground rules when I joined Twitter, which is you know, don’t don’t be mean and be respectful. There is no reason to be toxic. What I was amazed by is as soon as people saw that I was open, a lot of the toxicity faded. Even when people didn’t agree with me, which was a lot of the time, I was able to get in really respectful debates. At this point, I’m just so excited for people to see it.”

“The Witcher” has already been picked up for a second season, with production set to begin in early 2020.

Cavill said, “We worked very hard on creating this show and keeping it faithful and making it something which is hopefully going to entertain you for years and years to come. Please enjoy because we loved working on this.”

“We will!” the crowd shouted in response.

“The Witcher” begins streaming on Dec. 20.