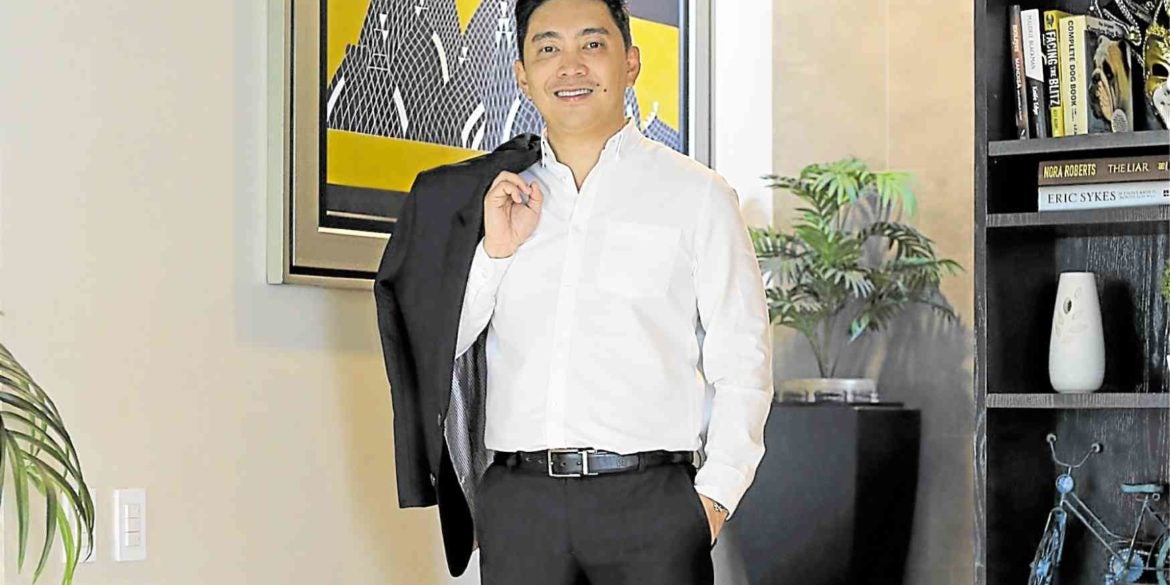 His game-changing ‘Kuwentong Jollibee’ campaign not only went viral; it also raised the bar for the entire online advertising industry

“I want to build brands that build our country—that has always been my mantra,” says Francis Flores. “You could call it marketing driven by purpose.”

As chief marketing officer for Jollibee Global, Flores is on top of the fast-food giant’s push to bring the delights of the Champ and Chickenjoy to the rest of the world. The Jolly Bee now flutters its wings in more than 150 branches in Asia, the Middle East, Europe, North America and Oceania.

It’s a lot of responsibility, especially for someone who’s just turned 43, but Flores is right where he wants to be.

Dubbed one of the country’s marketing “rock stars” in Josiah Go’s book “The Mavericks: How 35 Marketing Rockstars Think, Strategize and Execute,” Flores won the Mansmith Young Market Masters Award in 2010 for his key role in turning Greenwich from a fast-food also-ran into the country’s no. 1 pizza brand through a series of innovative ad campaigns.

The game-changing “Kuwentong Jollibee” campaign, a series of viral online ads that cemented Jollibee’s image as a Filipino brand, also put Flores in the spotlight as a topnotch marketeer.

Last June, he received the 2019 Asia Pacific Tambuli Awards for Chief Marketing Communications Officer of the Year, a highly coveted award in the marketing world.

None of this has happened by accident.

Flores hit the ground running after graduation from the Marketing Management program of the University of the Philippines (UP) College of Business Administration in 1997.

Joining the UK-based multinational giant Unilever, he rose rapidly through the ranks in sales and marketing. Instead of the usual MBA, he was sent to the Unilever Marketing Academy in London.

“I was on a career fast track,” he recalls. “I was only 28 when I became a marketing director, one of the youngest to be promoted to that position.”

After 10 years with the company, however, he began to feel that there had to be more to life than just reaching the top.

“I started contemplating while I was in London,” he recalls. “Being from UP, I always had the innate need to give back to the country. But how could I do that as a marketeer? When I looked at First World companies, I realized that they became successful because they were able to build brands that became international. Nike and Apple started out as local companies, but someone did a good job in branding and marketing that made them global.”

This was when Flores had what might be called his “road to Damascus” experience.

“I had this vision—I will help make a Filipino brand international,” he recounts. “And it became a deeper vision than my career, it became a personal mission.

Flores, who was raised a Catholic and has always had a personal relationship with his God, believes it was no coincidence.

“As a Christian, I’ve always believed that everything that happens in our lives is God’s plan, and even that realization came from Him,” he says. “To be honest, in planning my career I never looked too far ahead. Of course, we all want to succeed, that’s the end goal, but I don’t want it fixed. I want to leave space for God to intervene. I can only plan based on what I can see, but God sees even more. Everything in my career path has been helpful in leading me to where I am now.”

Even as a child, he says, he was always self-driven.

“I come from humble beginnings,” he reveals. “My parents married early, so they were still young when I was growing up. They were very liberal. They never pressured me.”

Still, at an early age, he was independent and motivated. He went to UP from nursery to high school, finally enrolling in the university’s Business Administration program, initially as an accounting major. Midway, he shifted to marketing when he realized that he really couldn’t see himself as a numbers-cruncher, even though Math was his strong suit, having represented UP High School in the “Battle of the Brains” TV quiz show.

After graduating as a Benigno Aquino Foundation scholar, he joined Unilever, starting out in sales. Around the same time, his parents separated.

“In hindsight, that became my driving force,” he says. “Failure was not an option because my family was now depending on me. As the eldest, I needed to be independent so I could give my mother and my brother the best life.”

Still, this drive to succeed was balanced by the need to have his efforts serve a higher purpose, nurtured by both his education and his Christian beliefs.

“UP definitely shaped me,” he says. UP is like the Philippines on a small scale, people from all walks of life, people with different opinions.”

This grounding in Filipino culture and values served him in good stead at Unilever, when he moved from sales to marketing, and was exposed to the nuts and bolts of building and managing a brand.

“I like to get involved in advertising because it’s both a science and an art,” he says. “Art is subjective, and, therefore, if you’re targeting the Filipino market, you have to understand what kind of advertising they want.

“Because I approve all the ads, my key role is to choose the most powerful meanings that achieve the emotional impact, the feel that you want your target market to have while watching.

“Filipinos love teleserye. They prefer that you tell them the story of your brand. They’re OK with straightforward advertising, but we’ve found that the ones that touch their hearts are the ones they love the most. The objective of ‘Kuwentong Jollibee’ was to touch their hearts, so that they would love the brand even more as part of their lives.”

Mission accomplished. The 2018 “Kuwentong Jollibee” online ads not only went viral, the campaign resulted in a verifiable increase in sales and brand loyalty, and raised the bar for the entire online advertising industry.

“My philosophy is ‘live, love, learn and leave a legacy,’” says Flores. “For the past 10 years that’s been my philosophy. Live life to the fullest. I’m a big believer in work-life balance—you work to live, not live to work. Love is very important—your family, your friends. Love is one of the key virtues of Jesus Christ. Learning is endless—not just in the classroom. I like learning through experience.

“And finally, legacy: What motivates me to come up with great work is I know I’m doing it for a bigger, nobler purpose. In the case of Jollibee, I want it to become a global brand that Filipinos can be proud of, a brand that will bring joy whenever we open a new Jollibee branch abroad.”