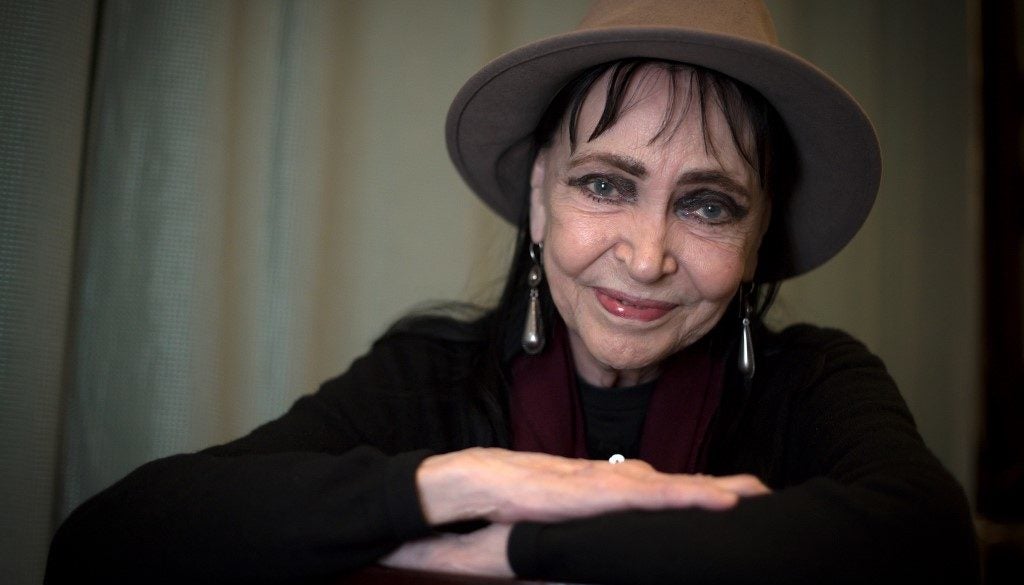 Danish-French actress Anna Karina, the muse of New Wave director Jean-Luc Godard, has died of cancer at the age of 79, her agent told AFP on Sunday.

Karina, who epitomized Sixties chic with her elfin features and big kohl-rimmed blue eyes, starred in seven films made by her ex-husband Godard, including “Pierrot Le Fou”.

She also had some success as a singer, recording the hit “Sous Le Soleil Exactement” with Serge Gainsbourg for his musical “Anna” in 1967.

“Anna died yesterday in a Paris hospital of the effects of cancer,” her agent Laurent Balandras told AFP, adding that she passed away in the company of her fourth husband, American director Dennis Berry.

“Today, French cinema has been orphaned. It has lost one of its legends,” Culture Minister Franck Riester tweeted.

Karina was still a teenager when she hitchhiked to Paris from her native Denmark to try to become an actress.

Born Hanne Karin Bayer, it was designer Coco Chanel, who advised her to change her name to the more cinematic-sounding Anna Karina.

The young Dane developed a successful modeling career before being spotted by Godard while walking along the Champs-Elysees.

Godard offered her a nude scene in “Breathless”, his first and most famous film, but she refused.

He came calling again a few months later, offering her the lead role in “The Little Soldier”, a film about Algeria’s war of independence from France that was banned for three years.

They were already a couple when, at barely 21, she won the best actress at the Berlin film festival for his “A Woman is a Woman” in 1961.

And while Karina did work with other directors, including Agnes Varda, she was never cast by other leading male New Wave directors like Claude Chabrol or Francois Truffaut.

“I was Jean-Luc’s wife. It probably scared them a bit,” she reflected in a later interview.

The marriage did not survive the loss of a child she was carrying.

“We loved each other a lot,” Karina told AFP in an interview in Paris in March 2018. “But it was complicated to live with him,” she added.

“He was someone who could say to you, ‘I am going to get some cigarettes’ and come back three weeks later.”

In 1973, she slipped behind the camera herself to make “Vivre Ensemble”, a romance between a history teacher and a free-spirited young woman that ends in drugs and domestic violence.

At the time, Karina was the first French actress to direct a feature film, and “everybody was saying, ‘How dare she.’ There was a real macho attitude.”

“I even thought for a while of using a man’s name because I was afraid of the reaction.”

After two other failed marriages, to French actor-director Pierre Fabre and Daniel Duval, Karina tied the knot with Berry of “Stargate” and “Highlander” fame in 1982.