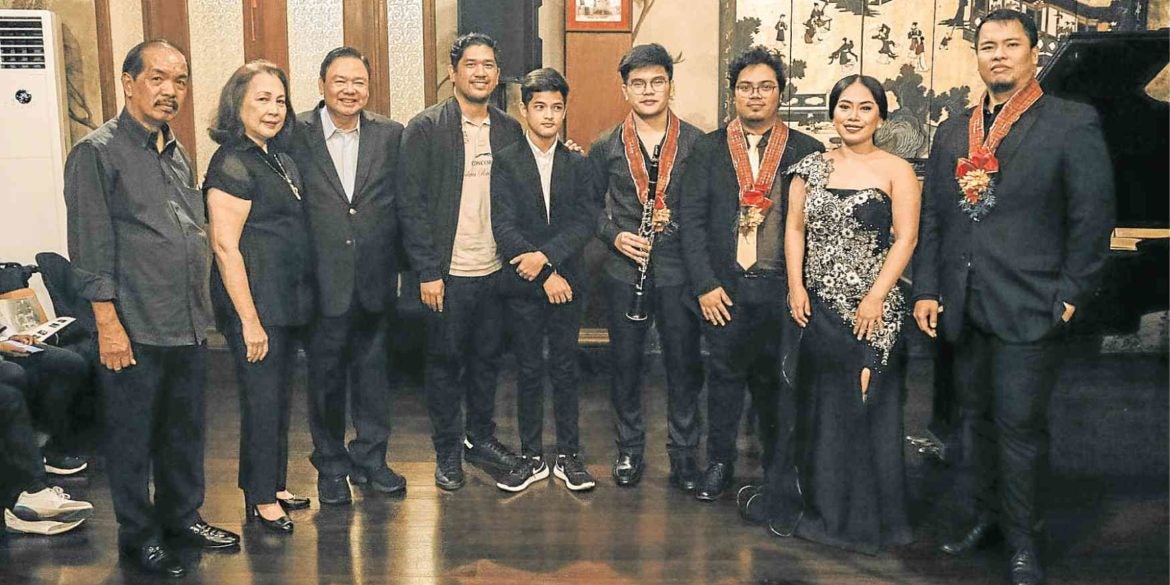 The musical tribute to the late tenor Otoniel Gonzaga at the historic Nelly Garden in Iloilo City got two standing ovations from the audience consisting of both seasoned and first-timers in opera music.

The standing ovations were led by Iloilo City Mayor Jerry Trenas and former Tourism Secretary Narzalina Lim. “A concert like this is a big boost to Iloilo’s tourism effort to promote the arts specially if it happens in the city’s historic heritage house,” said the beaming mayor who joined Ilonggo music lovers in asking for autograph from the artists after the concert.

“The concert gave us great beautiful music. It was simply good for the soul!” said Pearlie Domingo OF More Power company.

Media person Ted Aldwin Ong said the intimate concert was a “breathless experience” even as one opera first-timer.

The minute tenor Nival opened the concert with Malotte’s “Our Father,” the Ilonggos knew they were in for a memorable night. “I had goosebumps listening to that powerful and deeply moving version of Our Father,” said a first-timer at Nelly Garden.

As usual, both millennials and senior citizens in the audience rooted for clarinetist Andrew Constantino who rendered airs from La Traviata and Rigoletto with flawless results.

Soprano Salvo rendered a seamless “Un bel di” (“Madam Butterfly”) and a moving “Ebben neandro lontana” (“La Wally”) again to a cheering audience again to cheering audience. “I knew the acoustics was good during our first rehearsals but I thought it got better with audience cheering us,” Salvo told the Inquirer.

Equally a standout was pianist Gabriel Allan Paguirigan who produced solid tones matching the brilliance of the soloists.

In the audience were the people behind the 2019 Cinemalaya best picture, “John Denver Trending,” which is set in neighboring Antique province in Panay: best actor Jansen Magpusao and director Arden Rod Condez, who came with Pandan (Antique) Vice Mayor Raymund Gumboc.

Condez said the concert was a unique experience. “In the past, I used to admire Nelly Garden up from a distance. Happy to rediscover classical music in this historic venue. I had a once-in-a-lifetime experience in that concert,” he said.

Condez said “John Denver Trending” had been invited to the Busan and Toronto international film fests, and the Black Nights festival in Tallinn, Estonia.

Offering big support was Richmonde Hotel Iloilo which was the official residence of the visiting artists.