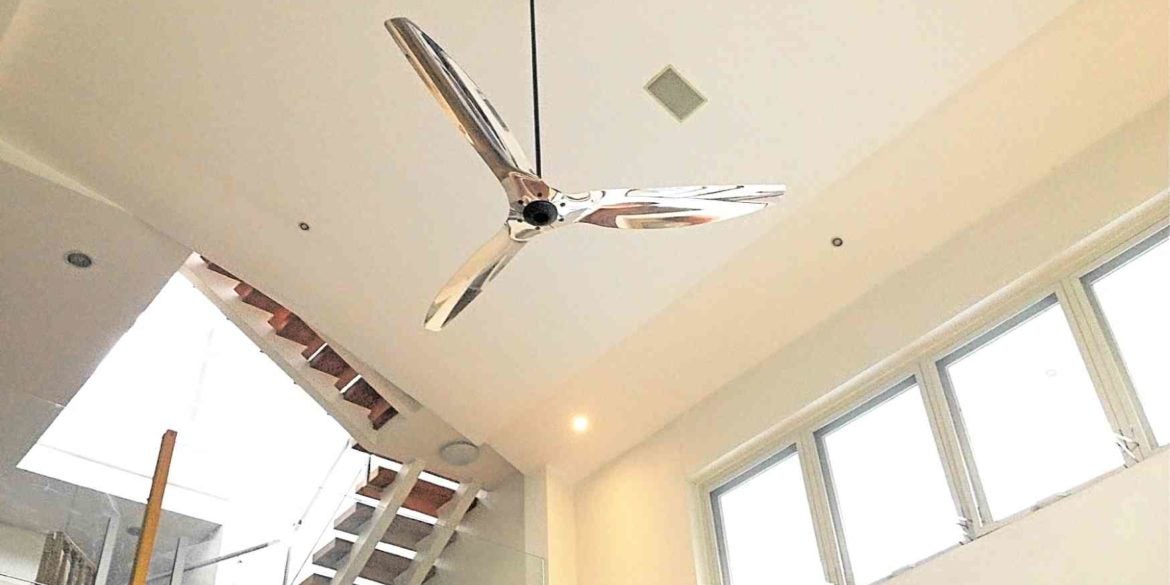 One can be activated through your cell phone or voice, the other keeps you out of harm’s way

In a country where there is at least one electric fan in every home, it pays to invest wisely in an appliance that works nearly 24/7, particularly during the hot and humid months.

Perhaps that’s why Haiku and Big Ass Fans have been gaining ground in the Philippines over the last 10 years. Both are ceiling fans.

Haiku is for home use and boasts over 70 international awards for its sleek, minimalist design and unparalleled energy efficiency.

Big Ass Fans are highly visible in churches, gyms, resorts and factories, given its longer-than-usual blades and noticeably slow turn. They run on high-volume, low-speed technology, allowing more cool air to circulate around a large space.

Like Haiku, Big Ass Fans cuts bill costs by as much as 30 percent during cooler times of the year.

Since their debut in the Philippines a decade ago, these ceiling fans have improved to the point that they’re more than energy-saving and eco-friendly. Now they’re smart, too, thanks to constant innovation from the brand’s research and development team.

Aside from a handheld remote control, the Haiku can be operated via SenseMe, an intelligent sensor that adjusts to a homeowner’s preferences.

This means that the fan turns on when the room starts to get warm, and automatically turns on or off when a person enters or leaves a room.

Homeowners can even customize its speed, temperature, and running time to their liking.

The new Haiku by BAF app also lets homeowners activate the fan through their smartphone or on voice-command devices like Amazon Alexa and Google Assistant.

“You can download the app and using your phone or device, turn on the fan through motion sensor or even before you reach home,” says Tony Goh, Big Ass Fans international sales account manager from Singapore.

As for Big Ass Fans (which got its name in 2000 from clients calling to ask if the company was responsible for “those big-ass fans”), safety features prevent mishaps that could put a business and its people in harm’s way.

An Airfoil Restraint System suspends the fan’s blades in the event of a strong impact. During power fluctuations, the fan, like a computer, stops working to protect its motor from a sudden electrical surge, and can be restarted with a few taps on the buttons of its control panel.

Big Ass Fans has a rating of IP (Ingress Protection) 66, meaning the fans’ casing is dust-tight and impervious to strong water pressure. This makes it ideal for a variety of environments and industries, from pharmaceutical companies to food production facilities that require sterile surroundings.

That’s only the beginning. As consumers worldwide become more and more aware of how their actions and choices affect the environment, companies will continue to roll out more efficient, green, and smart products. “And they can only get better,” says Morales-Crespo.