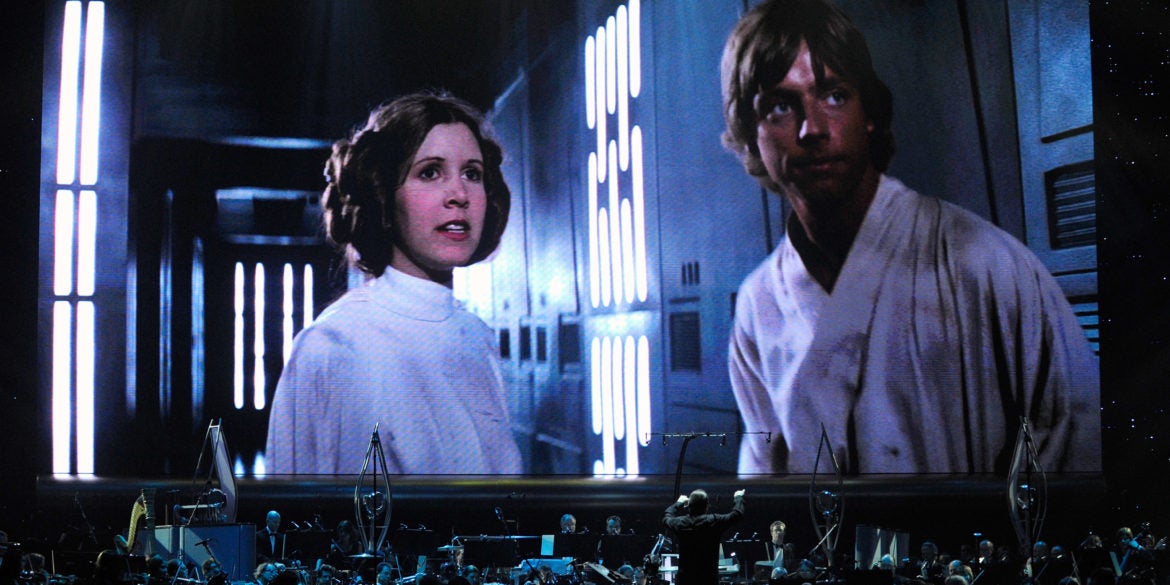 Dressed in white robes and sporting Princess Leia’s distinctive spiral bun hairstyle, Kristin Grady walks up and down Hollywood collecting signatures on behalf of her idol.

She believes the late actress Carrie Fisher deserves her own star on the Walk of Fame — and hopes this week’s new “Star Wars” film will boost her campaign.

The conclusion to nine films spanning four decades, “The Rise of Skywalker” will be the last to feature Fisher, who appears posthumously in unused footage from previous episodes.

Grady believes it may be Fisher’s last chance to take her place alongside 2,600 stars bearing the names of celebrities along Hollywood’s sidewalks — including those of Mark Hamill (Luke Skywalker) and Harrison Ford (Han Solo.)

“So that turns into a feminist issue for me and for 5,931 people,” she added, referring to the number of signatures she has collected so far.

Millions of people visit the Walk of Fame every year to spot their favorite actors’ and singers’ stars, and pose for photographs.

“It’s not just about getting Carrie the recognition that she absolutely deserves,” says Grady. “It’s about making systematic changes for women in Hollywood, so brilliant women like Carrie Fisher are no longer overlooked.”

Unfortunately the process is not so simple. Ana Martinez, who organizes ceremonies for honorees on the Walk of Fame, congratulated Grady’s “tenacity,” but clarified that the collection of signatures is not going to help.

“They would have to nominate her with permission in writing from the family, and submit the application after the fifth anniversary of her passing,” Martinez told AFP.

“We don’t even know if she wanted one,” added Martinez.

Representatives of Fisher’s daughter, actress Billie Lourd, did not respond to AFP’s request for comment.

A star also requires a $50,000 payment toward the inauguration ceremony and maintenance, from the honoree, their family or a movie studio.

Still, Grady’s campaign is not without support.

After a petition to remove President Donald Trump’s star was approved by the West Hollywood City Council, Hamill tweeted in June: “I know who should replace her…. #AStarForCarrie”.

Grady now carries a small banner with that hashtag, and often encounters people who are shocked to learn Fisher does not already have a star.

“She was just such a cool person, and she was such a good writer, and had such a positive impact on our culture,” said Grady, who barely scrapes a living on tourist tips but vows to keep petitioning.