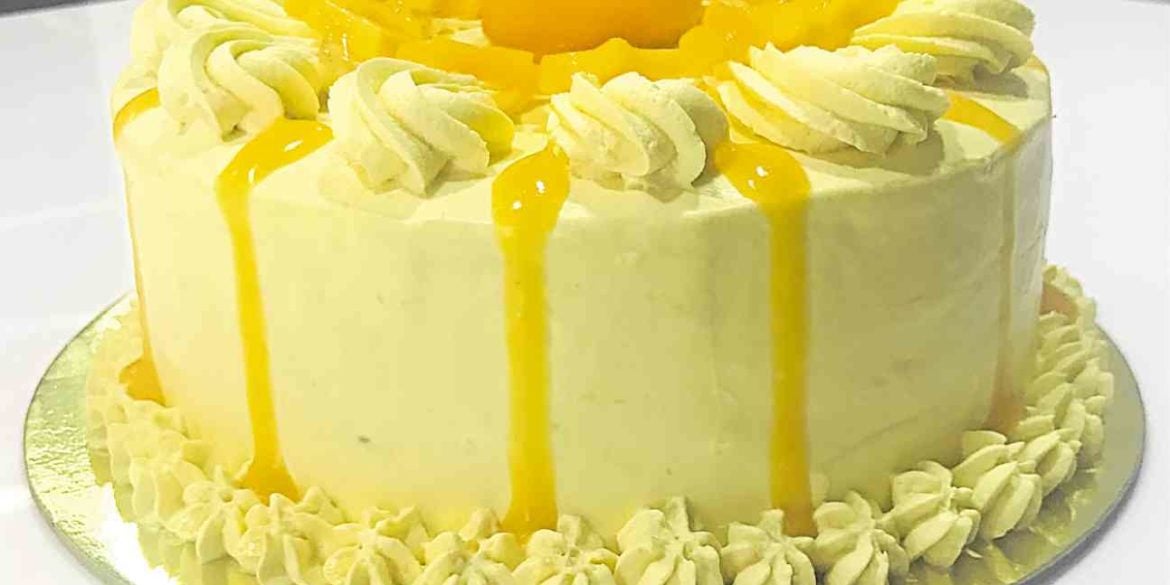 What to wow your family and guests with this Christmas, when the usual fruit salad just won’t cut it

Puto bumbong, bibingka and fruit salad may be Christmas staples but they probably won’t draw as many sighs of contentment as these cakes, which inarguably are some of the year’s best.

There is chocolate cake, then there is Cookie Monster Cake. Following an heirloom recipe from her mother and lola, two thick layers of moist chocolate cake are separated by mocha custard filling. The whole thing is then covered in rich, old-fashioned boiled chocolate icing, which keeps it moist and also heightens the flavor of chocolate.

“This was inspired by the flavors I have always loved as a child,” says baker Rebecca Disini. “My grandmother always used to squeeze lemons into our strawberries, add sugar and allow it to blend overnight. Sometimes, she would add bananas into the mix and serve it during breakfast or as a cold snack.”

Disini kept this memory to come up with gluten-free banana genoise layered with creamy strawberry yuzu and dark chocolate mousse. It is finished with strawberry glaze and Japanese yuzu flakes. It is a limited-edition cake and is made available only when she can get her hands on Camarosa and Senga Sengana varieties of strawberries from France.

Chef Jessie Sincioco started her food career by winning the grand prize in the 1983 Great Maya Cookfest with My Tita’s Special Delight, a delicious ode to her aunt who taught her how to bake.

Luscious mango cream and sliced ripe mangoes are sandwiched in tender pound cake. It remains a winner now as she hasn’t changed the recipe and look. It definitely is among the metro’s best mango cakes.

Pastry chef Ed Mateo wanted something fruity and festive on the holiday table, so he thought of the classic crema de fruta as inspiration.

He gave it an update by drenching the sponge layers in a mix of three milk (fresh, condensed and evaporated) and placed it in trendy can. The result is a light and colorful dessert that’s not only handy to bring but also easy to finish.

“I came up with this cake with the intention of championing a Filipino favorite,” says baker Cay Cuasay. “I made sure I got hold of only the best and creamiest pulang itlog. I’m not a traditional cheesecake fan so I wanted to make a hybrid texture.”

After 10 experiments, she successfully married the Basque burnt cheesecake of San Sebastian and the light, fluffy cheesecakes of Japan. The base is a graham and coconut crust and the body is studded with salted egg.

With many others, I am thankful to Baba Ibazeta-Benedicto for reviving her Coconut Cake, which we last had two years ago.

Now named the Snow Cake, the hefty dessert has two layers of sponge cake with coconut custard filling. It’s iced with whipped cream and lightly toasted coconut flakes. It may seem heavy and filling, but it actually is the opposite—you will want a second helping.

“In keeping with the brand’s flair for using sweet-savory ingredients such as herbs and spices, I’ve come up with a variation of a cake I first had in 2017. This time, we used Earl Grey,” says baker Colette dela Cruz.

The combination of tea, milk and vanilla makes it akin to this year’s trendy beverage, the milk tea. The frosting is mildly flavored coffee cinnamon buttercream and there’s an Earl Grey caramel to attain balance in flavor.

Gay Vazquez’s Macadamia Sans Rival has remained a mainstay on many best lists. This year, she has expanded her line by adding French Apple Pie, Key Lime Pie and my favorite, Crepe Cake.

“I was intrigued by how this was made when I first saw it in a Japanese café,” Vazquez said. “I researched, experimented and attended a crepe cake workshop until I perfected my recipe.”

This is chef RV Manabat’s baked and more sophisticated take on the popular mango graham refrigerator cake. His signature chiffon cake is layered and topped with ripe mangoes from Guimaras and homemade dulce de leche. The whole thing is covered with Danish whipping cream and studded with toasted almonds.

Nothing can be bigger, literally, than this cookie cake from The Workshop. Eight huge chocolate chip cookies are stacked on top of each other, cemented only with whipped ganache for more of that chocolaty goodness.

For the holidays, it has released a tropical-flavored entremets composed of coconut mousse and strawberry and mango compote.

If there’s anything I look forward to every holiday season, it’s the new torte variant of homemaker Roshan Samtani. She has come up with Matcha and White Chocolate Torte, and Rose Lychee Torte.

This year, she introduced the torte version of the classic Turtle Pie, which easily became a favorite. In between layers of walnut meringue are gooey caramel and rich chocolate, finished with a crushed Oreo icing.

“By adding simple ingredients to the base recipe, the whole profile changes,” she says.