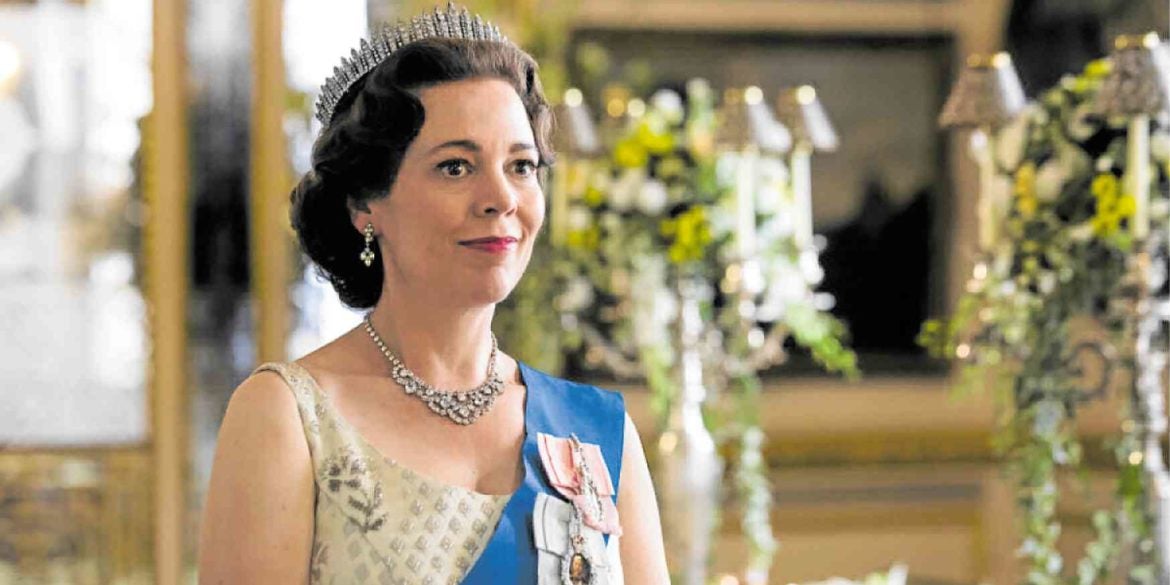 Season 3 of Netflix’s “The Crown” depicts major events in the British royal family from 1964 to 1977.

There’s an entirely new cast, including older actors who portray previously established characters. This provides a shift of focus in historical drama—from choices and their consequences, to an introspection on the past and its legacy.

The shift is evident in the character of Prince Philip (Tobias Menzies), who has always been defined by his position as a supporting role to his wife, Queen Elizabeth II. The younger version in previous seasons was more entitled and insecure, which led to inner conflict in the royal marriage.

Menzies’ portrayal of the older Prince Philip, however, captures inner turmoil as well as a sense of resignation. His search for purpose and meaning is more tempered and self-reflective, which allows him to find acceptance that the younger Philip was always reaching for but could never attain.

The portrayal of Prince Philip, along with episodes centered on his mother, Princess Alice (Jane Lapotaire), and his reaction to the 1969 moon landing, makes him a more empathetic character.

Queen Elizabeth II (Olivia Colman) also undergoes an unexpected shift as main character of the series. Given that the nature of her character is to be flat and unchanging with the values that the Crown represents, the Queen doesn’t meet old age with character development like Philip does.

Instead, her stern compliance to the lessons she’s learned turns her more into a foil for other characters, particularly her son Prince Charles (Josh O’Connor).

Charles, too, is older now and growing increasingly independent. The strong individuality he’s developing is, in the Queen’s eyes, incompatible with the Crown—something she had to learn earlier in Season 1, so, inevitably, she takes up the role that Queen Mary played for her and even relaying the same warning against individuality that Queen Mary gave her.

However, Charles isn’t the same as the Elizabeth from Season 1. His introductory episode focuses on his time in Wales and shows his competence, passion and individuality—effectively setting him up against the royal family in the same way that King Edward was.

It feels particularly right that the series climaxes on somewhat two parts, focused on Edward’s passing, Charles’ relationship with Camilla Shand, and the literal shady scheming of the royal family behind Charles’ back.

“It must be hard getting old,” Philip lightheartedly says to the Queen in a tender moment. The couple don’t come into conflict in Season 1, which indicates a settlement that also comes with age.

Juxtapose Charles’ fiery dedication to turn the monarchy on its head, to Alice telling her brother (Charles Dance) to halt a coup because he’s too old to be fighting younger men for the good of the country.

The settlement that comes with age also allows the season to breathe more and meditate on characters.

The lunar landing and Charles’ investiture are used more as avenues for Philip and Charles, respectively, to examine their purpose and legacy in their respective positions.

The coup episode is split between the plotting itself and the Queen taking a vacation to inspect racehorse trainers.

The Aberfan disaster episode is an ensemble piece, but none of the characters’ internal journeys get lost in the scope or emotion of the episode.

What’s peculiar is that the Queen herself doesn’t get a stand-alone episode centered on her character. She has her horse vacation and an early episode focused on her relationship with Princess Margaret (Helena Bonham Carter), but none focused on her compared to the others.

The final episode of Season 3 is strangely about Margaret and her crumbling marriage. Bonham Carter, who is underutilized this season, captures the delusional highs and the sobering realities of the marriage, so it’s not a bad episode.

The finale just tells a Princess Margaret story for most of its runtime, then shifts gears in its final minutes to say something about the Queen.

It’s a shame that her character doesn’t get that cathartic moment that Philip, Charles, and the others got in their respective episodes.

However, the show runners behind “The Crown” got it right with this experiment. Ruminations on old age is the way of keeping this series fresh going forward, especially whenever they find themselves lacking on royal scandal, and it’s lucky that aging is inherent in the lifelong story they’re hoping to tell.