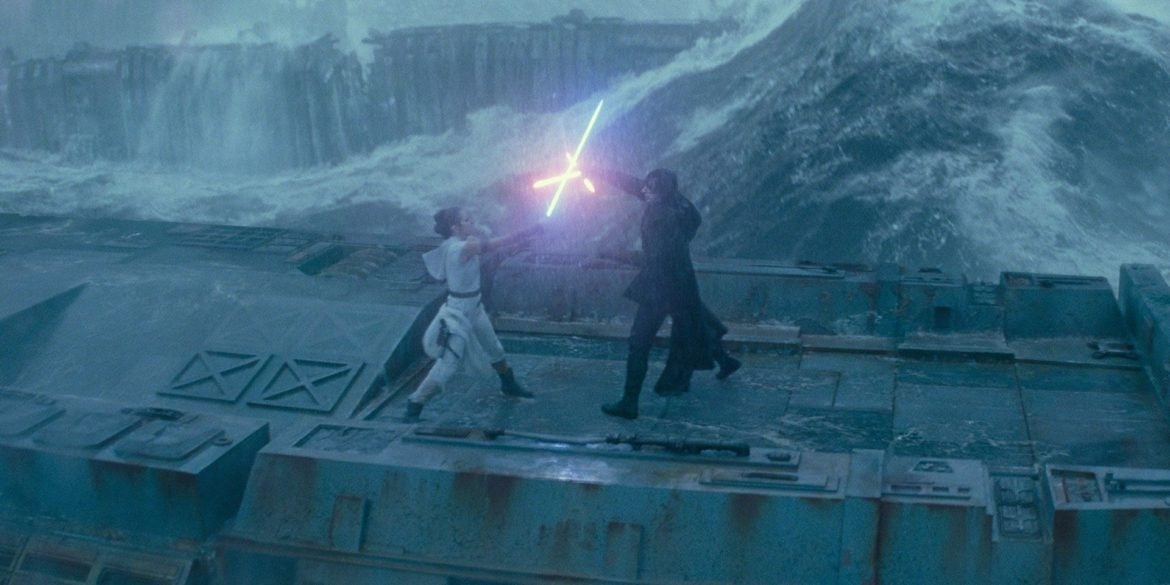 “I’ve got a bad feeling about this.”

That was what I was thinking before watching “Rise of the Skywalker.” Initially, I tried to go in blind, but my curiosity got the better of me, and I took to the internet. After all, “The Force Awakens” and “The Last Jedi” had both been polarizing. Maybe a quick search would help me get a better sense of what I was going to see. When I peeked at other reviews pre-screening, every tagline was a portent of doom. Derivative, disappointing, worst Star Wars movie—it seemed to be universally reviled.

And I had no idea why.

I was frightened to think about what that might mean. There have been some terrible Star Wars movies after all (Star Wars Christmas anybody?), so saying one of them was the worst had to mean something. The beginning crawl didn’t help those fears. Starting with “the dead speak again” and a message about a dispatch from Palpatine of all people, I couldn’t help but inwardly groan. This was going to be a nostalgia fest. 100% pure nostalgia.

From our reintroduction to Palpatine on life support and the reforging of Kylo Ren’s mask to Rey retreading Luke’s jungle training on Dagobah, it seemed like the movie was essentially tossing out “Last of the Jedi“’s conflict between past and present in favor of pure pandering.

That’s not a terrible thing. While “Rise of the Skywalker” wasn’t trying to take any risks in terms of story, you’re not heading into a Star Wars movie expecting a revolution in storytelling. At its core, each film has always been a saga about the enduring flame of the human spirit. About hope eternal, and the bonds of family. Of love and friendship overcoming anger and hate.

In this movie, we got to see Ben Solo overcome years of abuse and pain to become a better man. To let go of his anger, his hate, and rekindle his hopes. To become a “good” guy. While it seemed abrupt and sudden to me, especially since less than 10 minutes earlier, he was trying to control Rey, it happens because it’s “Star Wars.” Darth Vader turns because of family, Ben Solo, for the same. Expectations are met, and in many ways, you’re relieved that they are.

We have Rey, Finn, and Poe working to overcome impossible odds in climactic space battles. You know those three will come out okay, but even so, you’re still bracing yourself for that exceptional finish. It’s why when a fleet’s worth of ships leave hyperspeed and arrive for the final fight ala Dunkirk it still feels at least a little earned. They have fought side-by-side with fallen comrades, soldiers in a war without all hope when suddenly the tides shift and they’re now on even footing.

Then there is the relationship between Rey’s past and her future. Of blood versus choice. At its heart, families in “Star Wars” are created by the strands that connect people. So it might be cheesy that in the end, Rey takes Skywalker as her surname. So what? It fits. It feels right. She is a Skywalker because she walked in the footsteps of the Skywalkers. Their path is her path. In her, she carries the spirits of the Jedi.

Do I have some issues with the movie? Sure. Some plot elements do feel somewhat forced, like the backtracking of Rey’s parents into being only technically nobodies, since one of them is a Palpatine. There is humor that sometimes feels out of place, inserted to add levity in a way that artificially apes the lightness of the original trilogy.

Then there’s the… romance, if you could call it that. Poe and Finn get arbitrary love interests that we’re just introduced to because Disney mandates it. Fine. It’s the pairing of Rey and the now re-christened Ben Solo that infuriates me, even though I’d had a bad feeling for the past two movies it would be inevitable. He’s been a creep, a stalker, a control freak, and insulted her every step of the way, but he has a change of heart, and suddenly, everything’s alright? Thank you next.

Ultimately, those are minor issues. The more important question is, what does the “Rise of Skywalker” give to the watching audience? A new hope. In a better tomorrow, if we band together against the forces bringing us down. In a brighter future, if we are willing to accept our mistakes and resolve to be our best selves. And, most importantly of all, in a world where our families and fates are decided by the bonds of trust, we build with others.

Who Wins, Who Dies: The best, worst, and weirdest ‘GoT’ finale theories