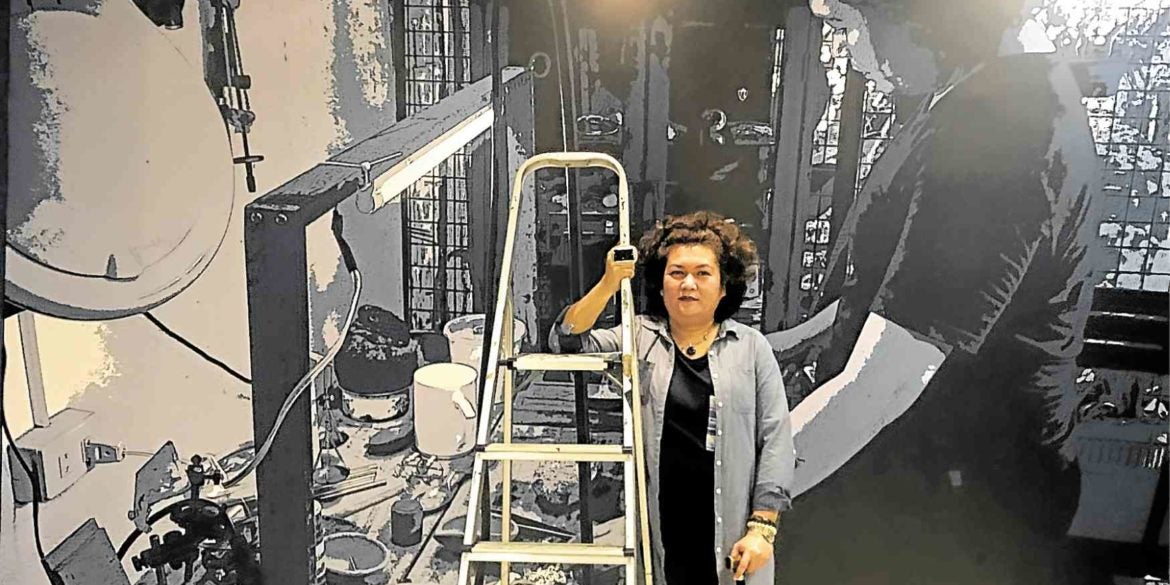 As easily as entomological scientific names like Dynastes hercules and Anisoptera roll off her tongue, Helena Alegre forges raw silver into perfect tiny spheres for her sculptural jewelry, her refashioning of the Philippine tamborin, with a secret method that never fails to mesmerize the privileged few privy to the spectacle. Her hands are those of a true working smith—smudged, slightly calloused, her nail polish chipped, all for the love of creating much sought wearable art in the form of flora and fauna sculpted in the tradition of Paracale filigree but stamped unmistakably with Alegre’s personal aesthetic.

The artist’s particular yen for insects harks back to the favorite Filipino children’s game of catching beetles and having them battle while tethered to strings held by competing kids.

Her deft handling of bugs spilled onto paper as detailed sketches of the critters—a talent honed further as she majored in Advertising while studying Fine Arts at Philippine Women’s University (PWU). It was also then that she was accepted as one of the prestigious Bayanihan Dancers, the pride of PWU aside from its Arts programs. With Bayanihan, Alegre visited indigenous communities whose garb and accessories the troupe would wear for particular dances. There she learned the stories and significance of the tribes’ patterns and symbols that feature both in their clothing and jewelry.

Though marriage and motherhood would be her prime preoccupation upon meeting noted painter Hermes Alegre, also in PWU, the artisan in her would not be suppressed.

Little did Alegre know that moving to Daet, Camarines Norte, her husband Hermes’ hometown, would open exactly the avenue on which her many talents would thrive. Its proximity to Paracale, known for its tonnage of gold, is the primary reason that jewelry merchants abound in the city. Helena the entrepreneur naturally gravitated toward the creative opportunity and so she took a silver-smithing course offered by the province’s Department of Trade and Industry. Thus began her jewelry-making endeavor which, though well-received and profitable, would be put on hold for yet another marker of Alegre’s penchant for the sciences. Smithing and designing silver baubles enabled her to study BS Nursing and actually finish with flying colors. Yet again, her art-making strongly beckoned and her time has since been fully given to award-winning sculptural jewelry that now has her exhibiting collections abroad and sharing business and creative insights in talks she gives locally and in other countries as well.

Interacting with foreign designers has made Helena very proud of the Philippine jewelry traditions. To visit her in her Daet studio that she impishly calls “the pit of Tartarus” is to see the artist carry out the distinctly Filipino method of making and it is truly fascinating to witness processes, calculations and mixture ratios she discovered on her own and has kept as her trade secrets. This National Commission for Culture and the Arts (NCCA) collaboration with Alegre gives audiences a glimpse of her workspace, her inspirations that include found objects, and the sculptural pieces with their accompanying design sketches that are world-class paeans to Philippine heritage.