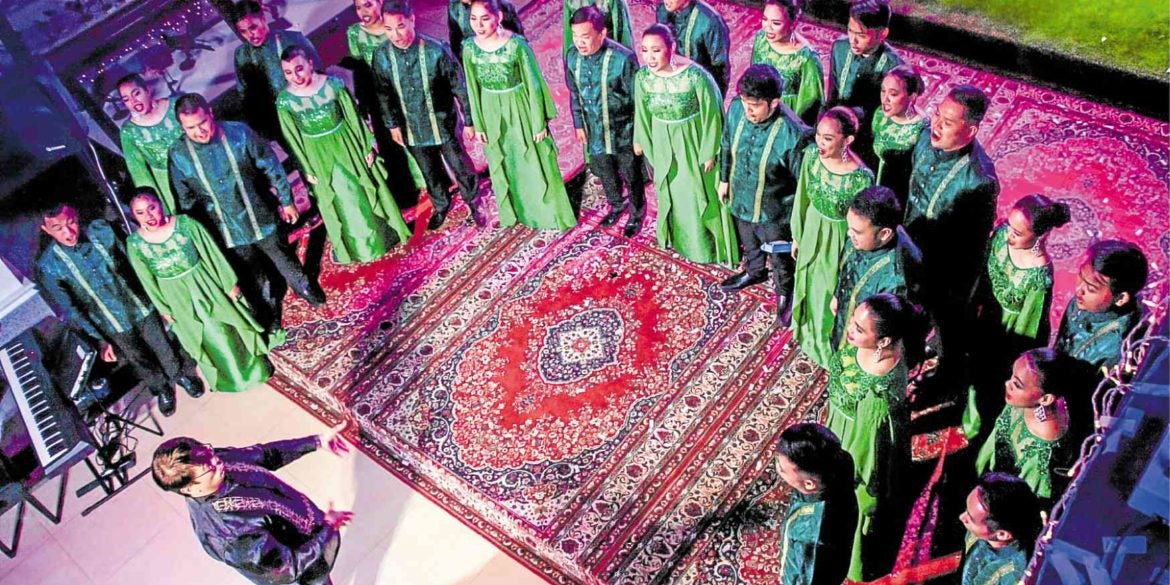 The University of Santo Tomas (UST) Singers, declared this year as the “Choir of the World Champion of Champions” in an online voting contest of the Llangollen International Musical Eisteddfod in Wales, United Kingdom

The University of Santo Tomas (UST) Singers, led by its founding conductor and music director, Fidel Calalang Jr., brought in early the joyous mood of the yuletide season in a Christmas concert at the UST Museum of Arts and Sciences last Nov. 29, two days before the first Sunday of Advent.

The internationally acclaimed choral group lined up a sumptuous program of mainly contemporary religious, pop-Broadway and Christmas songs to the delight of the audience.

Performing with the UST Singers was the UST Chorus of Arts and Letters, under its conductor, Mark Raeniel Agpasa. The choir was marking its silver anniversary.

The UST Singers displayed its vintage solid virtuosity and powerful performance. Many of its members took turns in rendering solo lines, each underscoring his or her soloist caliber.

Religious songs penned by European and American composers highlighted the first part of the program.

Listening to these moving songs practically served as a compelling process of cleansing, of emptying, so to speak, in anticipation of the birth of the Christ. This was the principal theme of the last part of the program.

Juan Silos Jr.’s “Kampana ng Simbahan,” arranged by Calalang, brought in a nostalgic yet festive mood. More biting nostalgia was evoked by the UST Singers when they rendered Mantovani’s “Christmas Medley” (arranged by Naldy Rodriguez) that included old favorites such as “Ding Dong Merrily on High,” “Deck the Halls” and “Auld Lang Syne.”

The UST Singers then rendered a series of OPM Christmas songs. The ballad, “Sana Ngayong Pasko,” by Jimmy Borja, arranged by Calalang, was a big hit among the audience, and so was “Christmas in our Hearts,” now the iconic pop song by Jose Mari Chan, also arranged in a choral setting by Calalang.

As expected, the audience hummed along with “Kumukutikutikap,” composed and arranged in a choral setting by Ryan Cayabyab. The national artist for music showed once more his adeptness in choral music when the UST Singers sang the compelling “Munting Sanggol,” a mighty declaration of the birth of Christ.