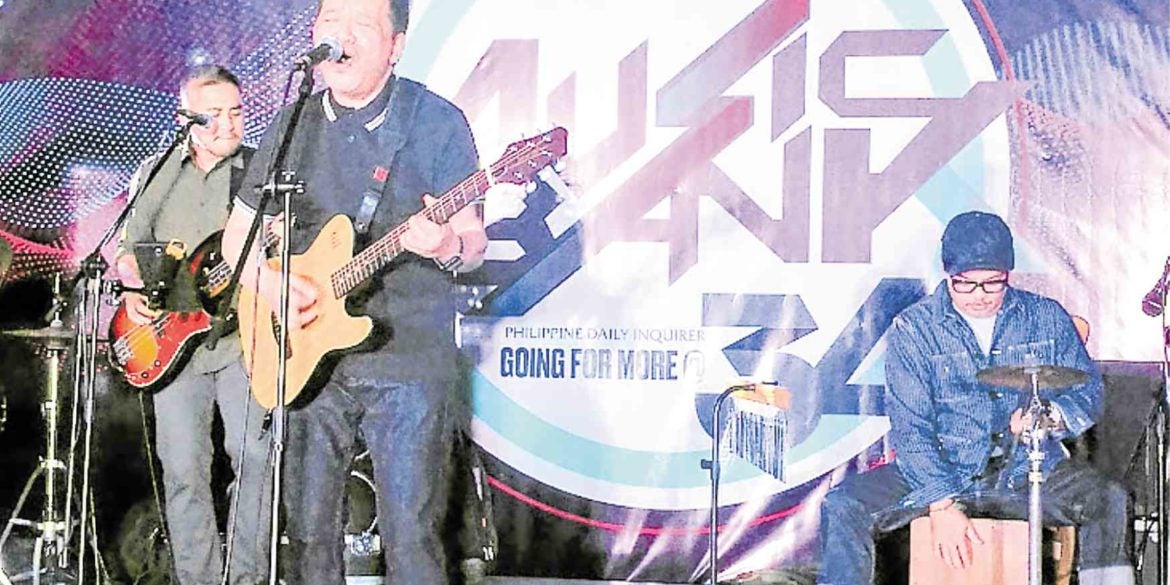 Recipe for a super-fun party: classic funk and rock, performed live by the Flippin’ Soul Stompers and Planet9, respectively; bottles of Chivas Regal, The Glenlivet, Jameson and Beefeater; standup comedy by Comedy Mayhem’s Mike Unson and Cyril Sorongon; and journalists taking a break from the daily grind of reporting the news.

That’s what happened at the Inquirer’s 34th anniversary party last Dec. 9, held at its office grounds in Makati.

Adding joy to the celebration amid the Christmas season was the paper’s encouraging financial status, as Inquirer president and CEO Sandy Prieto-Romualdez’s recently reported.

She joined employees in the spirited dancing that broke as the Flippin’ Soul Stompers played Motown hits as well as James Brown’s signature stomper that captured the collective mood that night: “I Feel Good!”

Ten days later, it was the turn of editors, reporters and staff to let their hair down at their pajama-themed Christmas party at the editorial office.

Singers Dessa and Gerald Santos performed a couple of numbers.

Drinks overflowed, including Joe’s Brew craft beer, which got editors on their feet as they danced to DJ Bing Austria’s disco playlist.

Boomers among the lot smiled upon hearing Van McCoy’s “Do the Hustle,” as well as other ’70s staples plus ’80s hits such as Madonna’s “Holiday.”

Yet even the twentysomethings grooved till midnight.