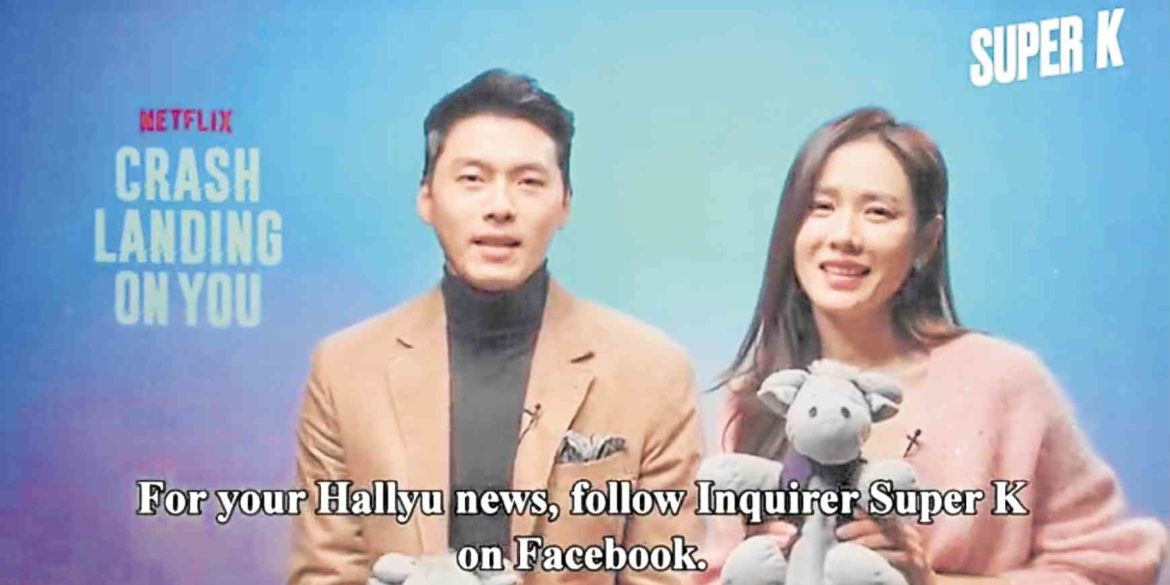 Inquirer’s mascot once again invaded Korea, just as Korean stars have been invading the Philippines.

The famous carabao’s latest conquest is the main cast of the hot new Netflix Original, “Crash Landing on You.”

The two accepted our gift while they invited fans to stream their drama and follow Super K on Facebook.

Son is one of Hallyu’s most respected actresses whose last hit was “Something in the Rain.” Meanwhile, we first interviewed the hunky Hyun Bin for “Memories of Alhambra.”

We requested for this moment three weeks before the drama’s press conference in the South Korean capital. Luckily, it was approved and we handed the two large plush toys to a Netflix representative when we got to Seoul.

Hyun Bin and Son are not the first Hallyu stars to receive a Guyito. Song Joong-ki curiously asked us what it was. Lee Seung-gi was surprised with our gift—he thought we would take it back from him.