Fil-Am novel of the year: ‘The Importance of Being Wilde at Heart’ by R. Zamora Linmark | Inquirer Lifestyle ❮ ❯ 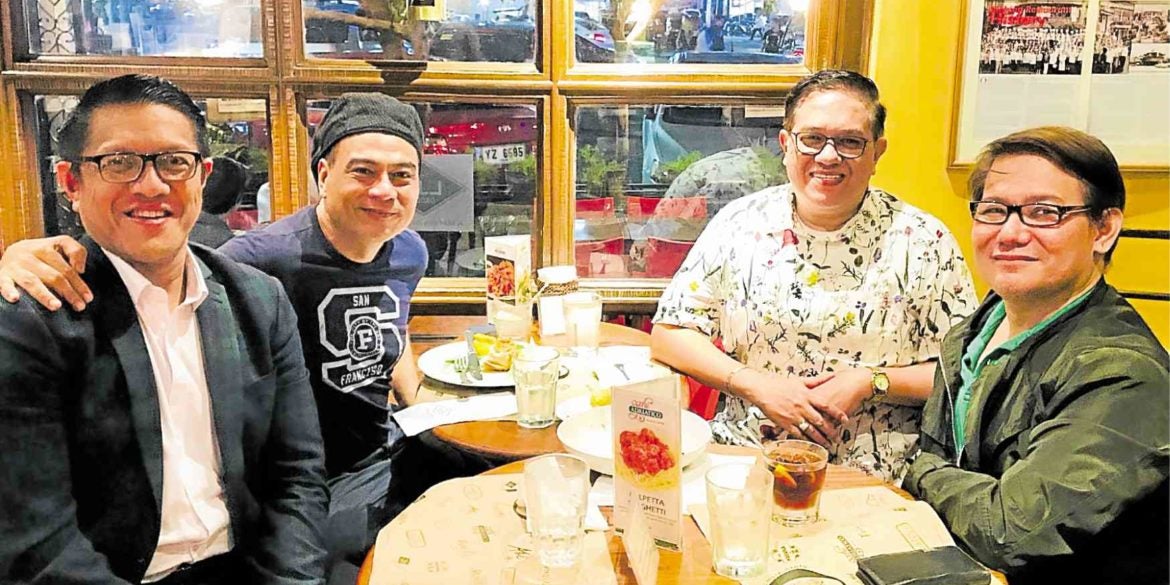 Fil-Am novel of the year: ‘The Importance of Being Wilde at Heart’ by R. Zamora Linmark

Filipino-American author R. Zamora Linmark, acclaimed author of “Rolling the R’s” (1995) and “Leche” (2011), has returned to novel writing in 2019 and released his first young adult (YA) book “The Importance of Being Oscar Wilde” (Penguin Random).

Showing his vintage wit, supple prose and wild imagination, Linmark once more tells the story of gay infatuation gone kaput. Hopelessly frustrated, with no sense of closure, 17-year-old Ken Z looks for comfort and consolation from the queerest of friends, his quaint haikus and lists, and the protoqueen of queer, Oscar Wilde. It’s one surreal romp through the highs and lows of puppy—and “papa”—love.

Kirkus Review calls the new novel an “unabashed love letter to Oscar Wilde, Cole Porter and the arts’ ability to give voice to human emotion.”

Randy Ribay, author of “Patron Saints of Nothing,” declares the novel to be “as surreal as it is real, as beautiful as it is painful, as playful as it is wise.”

Abdi Nazemian author of “Like a Love Story” and “The Authentics,” calls “The Importance of Being Oscar Wilde” as a “big-hearted book that . . . always keeps love in its heart.” 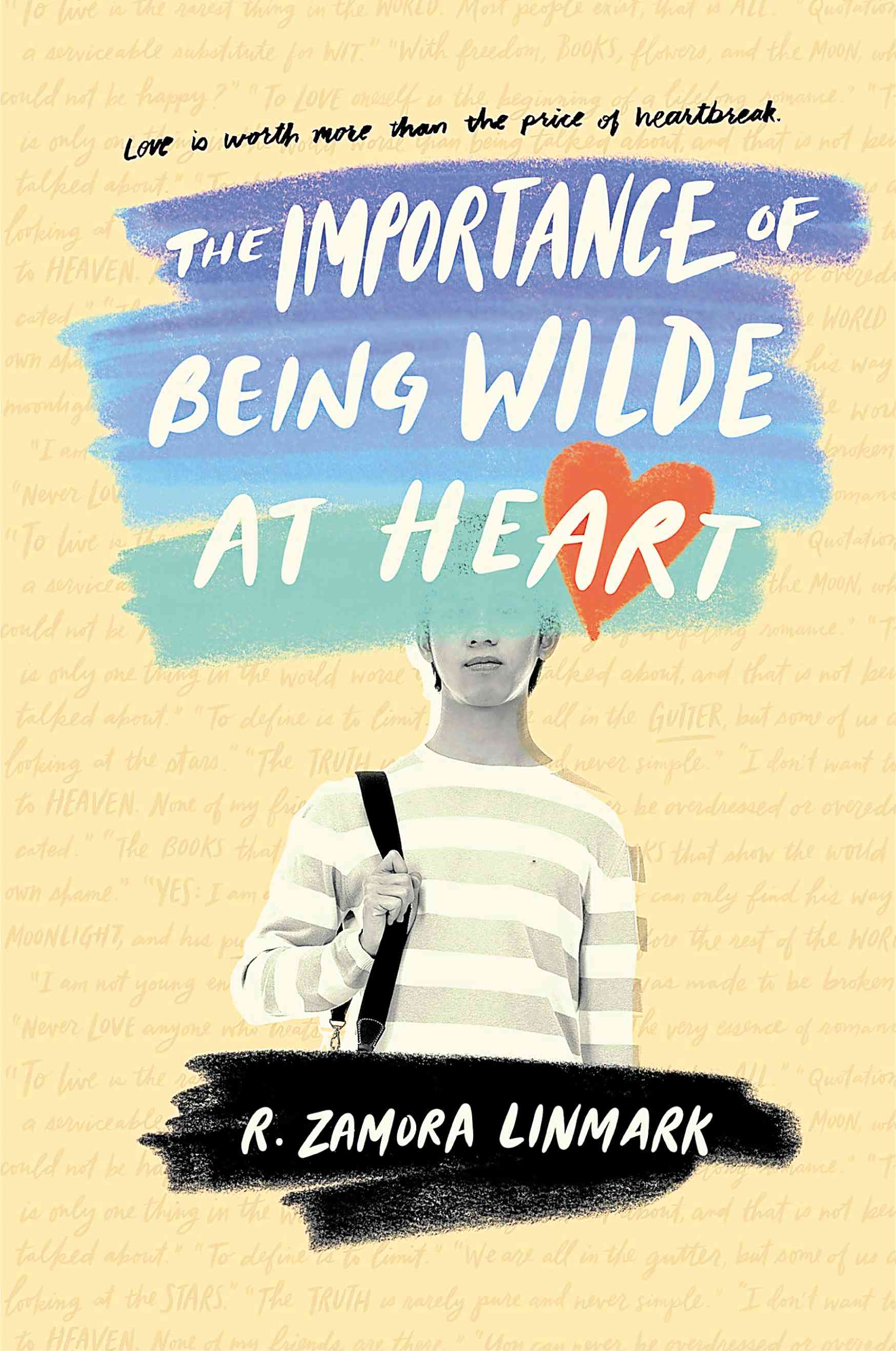 What made you decide to write a YA novel?

I never wrote with an audience in mind, except for this one. The idea first came to me in 2010. I had just finished my second novel “Leche” and was taking a break from writing by catching up with my reading. One of the books was Richard Ellman’s biography of the late 19th-century Irish playwright Oscar Wilde. He was my literary hero in high school.

While reading up on Wilde, from his fame to his tragic demise, American teens were committing suicides across the country because of bullying. Four killed themselves just days apart from each other. One of them who had hung himself had survived and ended up in a life support machine. He lived for another 10 days. These two events—Wilde’s persecution over a century ago and these teen suicides—were in dialogue with each other.

It left me hopeless and helpless, akin to when I was in my early teens, in the ’80s, and all these people were dying from the incurable Aids virus. Except that now, 40 years later, I could do something about it. In my own small way, I could write about it; it was my responsibility as a writer to address these issues. Now, I’d never written for a targeted audience before, let alone for young adults. That was part of the challenge.

I’m sure you have read some of the best YA novels out there. What makes your latest novel different from them?

I think its nonlinear, multigenre approach to storytelling is what makes this book stand out. It Is visually and structurally different. From the first pages, you know it’s not going to be a conventional book. A hybrid novel that mixes prose, poetry, essays, diary entries and drama to tell the story of a young man’s initial journey into and out of love. As a novelist, I’m interested in how these literary genres, seemingly different, work with each other to advance the plot. This was my early training as a writer, taught by a poet who told me never to limit myself to one genre.

Did you originally plan this novel to be postmodern or did you as you were writing your novel feel that there was no other way but to go postmodern?

I don’t like to plan. Just as I don’t like rules. I know the rules; it’s the only way I can play with—or break—them. Once I thought up the characters, plot, setting, etc., I could finally begin and let the process guide me through the story. I like to be surprised. I write to be surprised. That’s when I know I’m on to something. I try not to dictate how my book is going to be written, if it’s going to be postmodern or conventional. If there is one concern, it is the act—or fear—of repetition. But I entertain such anxiety only after the first draft.

The book touches on sensitive themes and issues: bullying, discrimination, the dire need for acceptance. How did all of these come into play into the story of Ken Z and Ran?

One famous Oscar Wilde’s saying is “Be yourself, because everyone else is already taken.” As you aptly put it, an issue that I explore in this novel is acceptance—or belonging. Why the dire need for it? Who do we seek it from? Writing this novel reaffirmed that belonging is largely an issue from those in the margins, those who are discriminated, ignored or hated because of who they are, where they come from, what they have or don’t have. It seldom is an issue for those with power and privileges; they’re more fixated on legacy-building, maintaining their wealth, image, class (if not cult) status. After I wrote the novel, I realized that what I was also exploring was how and why communities are formed. That it can start as early as high school, in the form of an Oscar Wilde book club. Diverse as the characters are, they share two commonalities: the love of reading and their mutual love for this writer who was a rebel of his times and, in turn, was persecuted for being himself.

Was it your intention to end the story the way it did? As a writer, do you like/prefer open endings?

I knew the ending from the get go. The readers, too. I mean, we all know how first love ends—with a heartbreak of absolute magnitude. In fact, I wrote the middle and ending first. It was chronicling the romance and building the world they lived in that were the most difficult, because we writers know how easy it is for love to court clichés. As for open endings . . . it’s less a matter of preference and more a reflection of these anxious and doom-driven times we’re in. Plus, my characters are too realistic, too well aware of their place in the world that, no matter how far their fantasies take them, they’re always reined in by the rope of reality.

How do you think young people or young adults will respond to this type of book?

Probably mixed. Those who have a fixed idea of what a novel is will hate it. And that’s great. Because they’re now exposed to a larger world of storytelling; their box of labels is now shaken. But for the YAs who crave for something new or different—this book, and books like this that challenges the conventional way of reading and thinking the novel—well, this book is for them. They are my idea of readers.