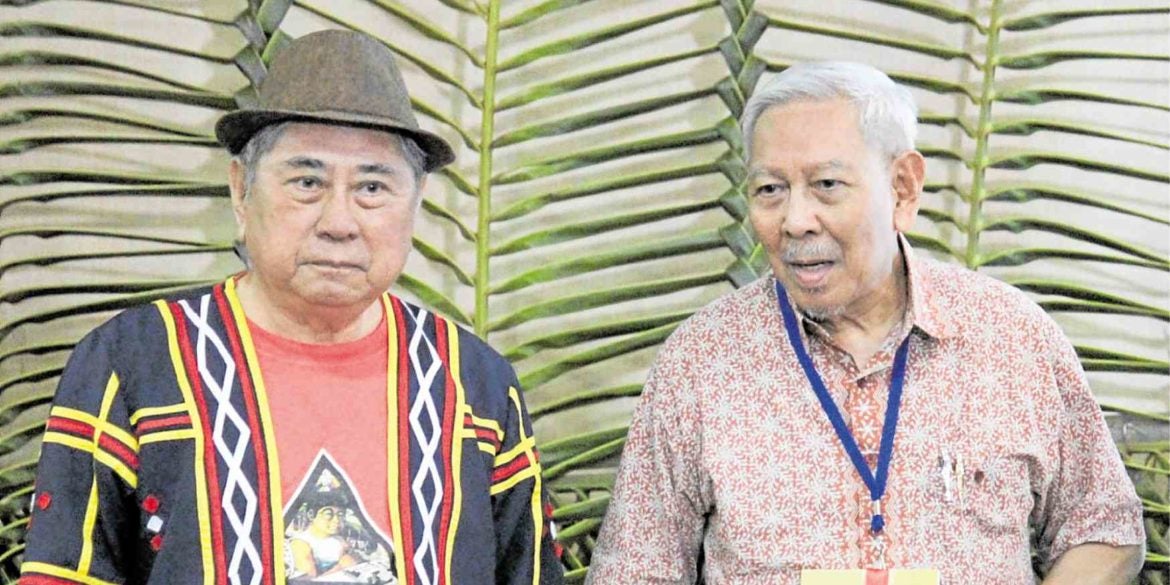 The problem is that the use of analysis (pagsusuri) is wrong, being English, which has to be translated into indigenous language. According to (historian Teodoro) Agoncillo, we rely on documents written by foreigners when these should be written from a Filipino viewpoint. Change the social system, there is need for revolutionary culture (rebolusyong pangkultura).”

The views are from National Artist for Literature Virgilio S. Almario, chair of the National Commission for Culture and the Arts, a keynote speaker during the recent NCCA-organized forum “Vital Wisdoms: Learning from the Indigenous Peoples.” This was held at the Maryhill School of Theology in Quezon City.

“To be authentic, cultural heritage has to correct the mistakes of the past,” Almario said. “To fill in the gaps, ethnic scholarship is needed.”

Another National Artist (for music), composer Ramon P. Santos, also spoke during the forum. “Our concept of art we inherited from the West,” he said. “What the NCCA should do is not to classify art as music, dance or anything like that, but according to function and meaning.”

He added, “There are many meanings. We should know our culture.”

Delegates from the academe and indigenous communities discussed a wide range of issues affecting the indigenous peoples and their fight for survival and preservation of their way of life.

“Education is the only way for the katutubo to survive,” declared one delegate. The issues takes up included the need to safeguard native language, this being the National Year of Native Languages as decreed by the United Nations.

Ancestral domains are important and are under siege.

There is need for empowerment in safeguarding the lumad or native culture. Insurgency endangers the indigenous peoples, leads to displacement, stress and loss of livelihood.

Indigenous performance art is centered on storytelling. Culture brings light to the notion that everything is related, because it all emanates from one source and has one purpose: that everything happens for a reason.

Rituals have a purpose of transferring wisdom. Cultural heritage is a valuable source of the economy.

The resiliency of the artist (and by implication Filipinos in general) was shown through video shots of the devastated Marawi City. And there were the members of Sining Kambayoka, founder by playwright Frank Rivera, based in the Mindanao State University, in the evacuation centers and rendering “psychosocial first aid” through performances.

As the American writer Katherine Anne Porter put it in 1940, with Europe in flames: “The arts cannot be destroyed altogether because they represent the substance of faith and the only reality. They are what we find again when the ruins are cleared away.”