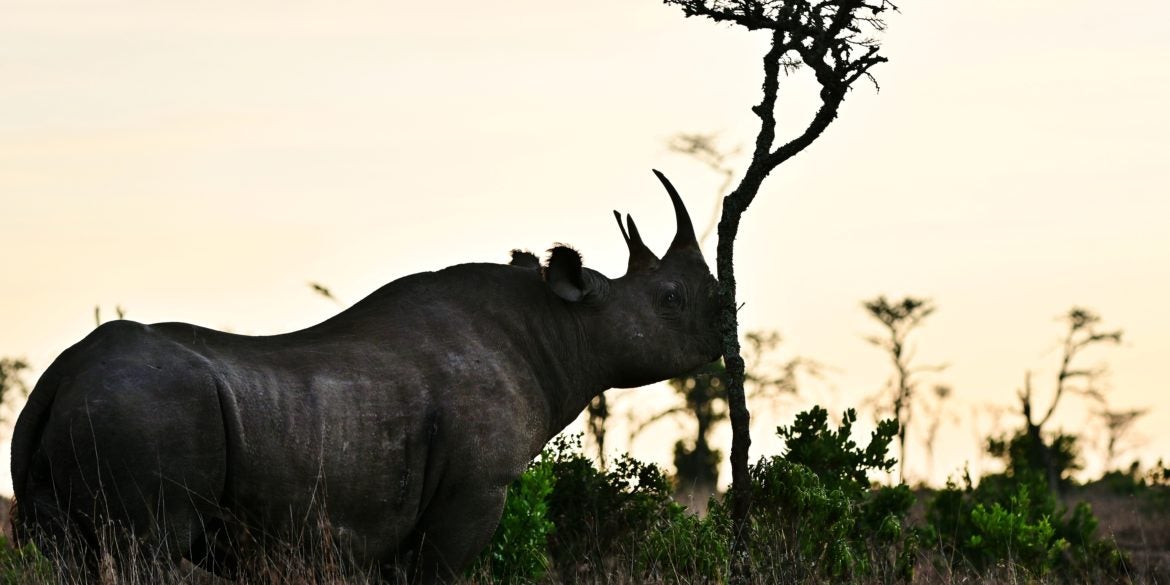 A picture taken on May 28, 2019 shows a black rhinoceros roaming at dawn at ol-Pejeta conservancy at Laikipia's county headquarters, Nanyuki, near Mt. Kenya. - Ol-Pejeta, a private conservancy on Kenya's Laikipia plateau that shelters, among other endangered giants, the only two northern white rhinos left anywhere on earth, launched what it calls the world's first wildlife tech lab, that develops the latest technological weaponry to combat poaching. (Photo by TONY KARUMBA / AFP)

A black rhino believed to be the oldest in the world has died in Tanzania at the age of 57, according to authorities in Ngorongoro where the animal was living.

The female rhino, named Fausta, died of what is believed to be natural causes on December 27 in a sanctuary, after living most of her life in the wild, the Ngorongoro Conservation Area Authority said in a statement on Saturday.

“Records show that Fausta lived longer than any rhino in the world and survived in the Ngorongoro, free-ranging, for more than 54 years” before she was moved to a sanctuary in 2016, said the statement.

“Fausta was first located in the Ngorongoro crater in 1965 by a scientist from the University of Dar Es Salaam, at the age between three and four years. Her health begun to deteriorate in 2016, when we were forced to put the animal in captivity, after several attacks from hyena and severe wounds thereafter,” it added.

Sana, a female southern white rhino, aged 55, was considered the world’s oldest white rhino when she died in captivity at the La Planete Sauvage Zoological park in France, in 2017.

Ngorongoro estimates the life expectancy of rhinos to be between 37 and 43 years in the wild, while they can live to over 50 in captivity.

Cover image: A picture taken on May 28, 2019 shows a black rhinoceros roaming at dawn at ol-Pejeta conservancy at Laikipia’s county headquarters, Nanyuki, near Mt. Kenya. (Photo by Tony Karumba/ AFP)