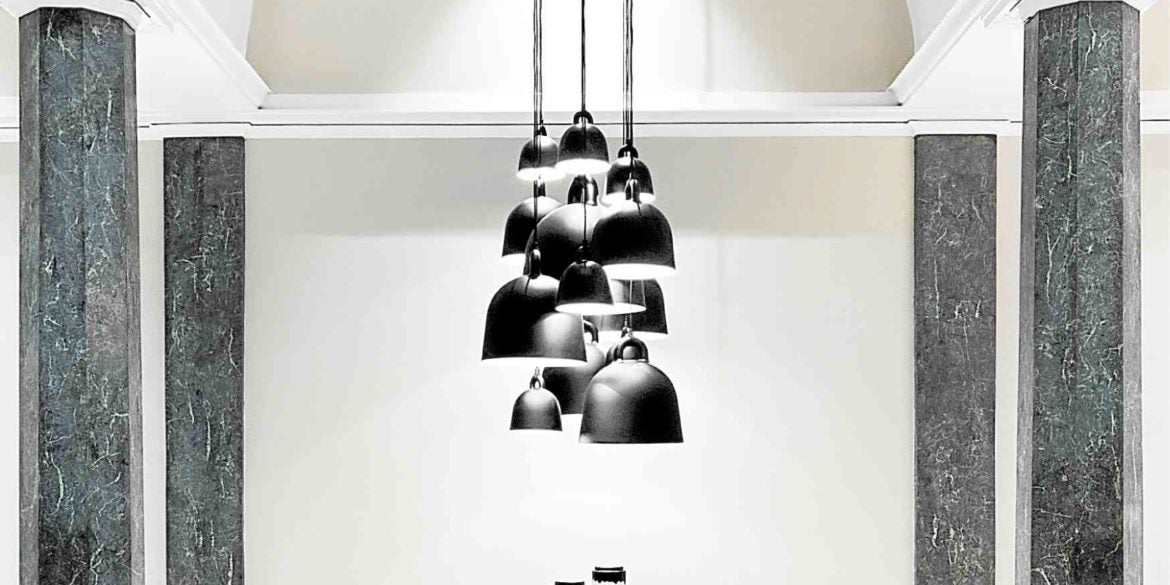 When Danish entrepreneurs Poul Madsen and Jan Andersen started their furniture business, they wanted to shake things up.

Madsen described Danish design as understated, functional, timeless, and emphasizing the beauty of materials and craftsmanship. The simplicity of the forms allows the furniture and accessories to blend with any dwelling or lifestyle.

“We try to add an element of surprise,” said Madsen, cofounder and CEO of Normann Copenhagen.

Normann Copenhagen began as an accessories store in Denmark and became popular for its quirky items, created by designers exclusively for the brand.

In 1999, its first collection was a rubber Washing-Up Bowl, designed by Jensen, that conformed to the shape of the porcelain or ceramic that would be washed in the sink. It came with a cleaning brush made of wood and Chinese bristles. It won the International Design Plus Prize in 2002.

To this day, Normann’s decorative pieces sell fast. The Little Bird figurine is an oblong piece of oak or walnut with a removable beak. The Shorebird is a stylized figure made of solid oak, with two legs and a long beak, that resembles a tripod.

The Norm 69 lamp is special for its concept. The user assembles 69 nonflammable plastic pieces without any glue to make the star-like fixture. It gives the owner a sense of accomplishment in assembling the lamp, which requires feather dusting.

In 2010, materials researcher Herbert Krenchel approached Normann Copenhagen to reissue the Krenit Bowl, which he had designed in 1953. The bowl was both functional in the kitchen and decorative in the living room. Made of steel, the bowl stood out for its striking simplicity. It was in the market until 1959.

Madsen said the new Krenit Bowl had to pass food safety standards, and the paint on the outside is thicker for a matte finish.

The Krenit Bowl is Madsen’s favorite design. He recalled that during the economic recession at the end of the last decade, the bowl doubled the company’s sales turnover and saved it from a financial slump.

The following year, the company expanded into furniture with the Form Chair, which was shaped with molded plastic and oak legs. Designer Simon Legald made a variation of the classic shell chair, distinguished by its arching curves and deep seat.

Unlike other chairs, the Form Chair is built with legs that are seamlessly cupped to the seat and frame, as if they were branching out of them.

“It’s a small detail but it was the first time that the legs have been integrated into the shell,” said Madsen.

The Form Chair has received several awards. It is one of the most salable designs as it can be customized according to the client’s preferred size, color and materials.

He said Normann has 4,000 stock-keeping units, from pens to stationery, tableware and dining sets. “We make everything except beds,” he added.

The brand seeks to provide an element of unpredictability in its designs.

“It may not be obvious to the end user, but for us, we’ve given something extra,” Madsen said.

A fine example is the Geo Vacuum Flask designed by Nicholai Wiig Hansen. Its masculine and sharp silhouette is blended with interesting colors such as turquoise, violet and teal.

Danish design also draws influences from English furniture. At the showroom, the Onkel Sofa was inspired by the classic Chesterfield Sofa, which is distinguished by the deep button tufting. The oak legs make it Scandinavian.

For 2020, Madsen said Normann Copenhagen will produce more products for the office.

“Office spaces are changing, as are the requirements,” he noted. “The way people sit, work at their desks and hold meetings will have an impact on design. We are making furniture for residences and restaurants. They need to be sturdy to endure the usage, but not too heavy to fit into the home.”