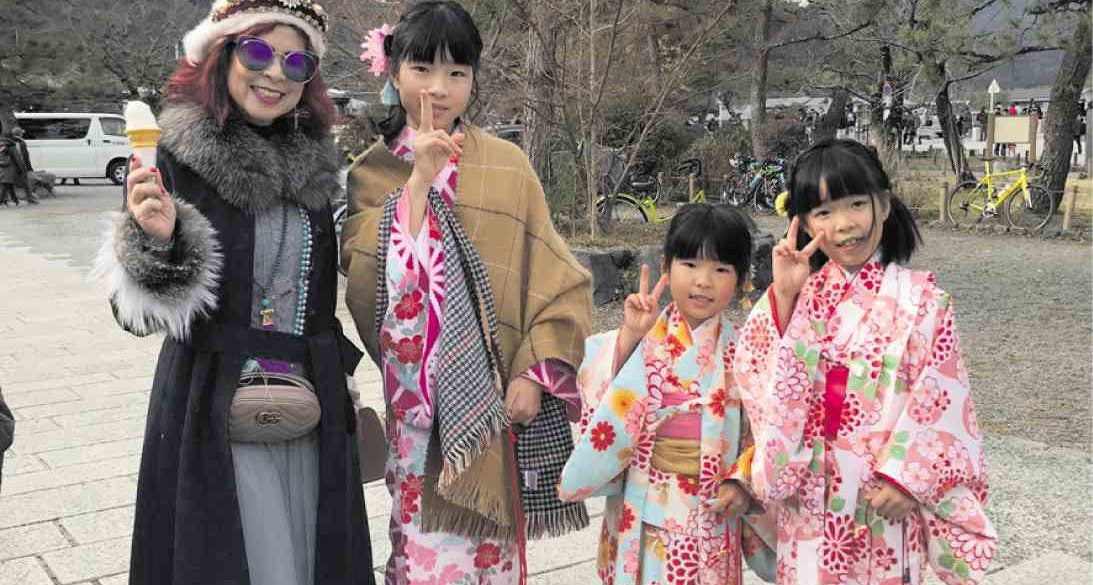 It has become my favorite destination, with each region offering different attractions

Japan has a big place in my heart, my stomach and my bank account. Our family welcomed 2020 in Osaka, where we continued our New Year tradition of eating 12 grapes for good luck and prosperity. With the grapes in Japan being extra large, I’m sure we will have a very auspicious 2020.

Having traveled to Japan seven times in the last year, I can say it has become my favorite destination, with each region offering different scenic attractions, unique cultural ceremonies, fresh and delicious food presented in bento boxes, and wonderful vintage and kimono shopping.

For this recent Christmas trip, we booked the last seats on AirAsia to Osaka. I was amazed with the low fares, though we booked in late November.

I also made sure to secure my Big Sky Nation WiFi device so we could be connected to the internet even while walking around, shopping, riding the subway, or eating at any of the great restaurants all over Japan. To me, it meant a constant connection to Instagram; to the kids, just chatting away with their friends. It was super useful when we would get separated and needed to find each other using Viber.

Osaka is Japan’s second largest metropolitan area after Tokyo. It can feel like an endless maze to many visitors. While it may not be nearly as big as Metro Tokyo, it’s still tricky to plan an Osaka itinerary. From world-famous cuisine to historic castles, Osaka offers a guaranteed great time, but it’s important not to be lured by mediocre sights.

Osaka Castle, one of the most historically significant sites in Japan, was originally constructed in the late 1500s by Toyotomi Hideyoshi. Later the site of the famous Battle of Sekigahara, the castle would eventually fall to the Tokugawa clan, the last of the shogunates of feudal-era Japan.

While the castle standing today has been reconstructed many times, there are still other areas in the park that are considered cultural assets, like Otemon gate.

The castle is no longer the site of battles, but one of learning and relaxation. Inside are a number of exhibitions dedicated to the history of the place during the 16th and 17th centuries.

The park surrounding the castle is a popular spot for locals and travelers alike. In late winter, check out the plum tree orchard. At the beginning of spring, see the flowers bursting forth in brilliant displays of pinks and white.

In my shopping book, if there was just one place to visit in Osaka, it would be Dotonbori. This road is the city’s main artery and epitomizes Osaka culture. The road is packed full of restaurants and bars trying to draw you in with huge animatronic signs and bright neon lights.

At night, the pace is a bit frantic, almost like a scene in a movie, as you’re sucked in and shuffled among the smoking, drinking and gorging crowd.

Look for the Kuidaore clown slowly banging his drum and, from the bridge, don’t miss the new LED Glico Man running across the world.

Peek into Don Quixote to find every KitKat flavor imaginable and keep an eye out for the host boys with their outrageous haircuts and outfits.

A popular treat just before the turn of the New Year is soba—specifically, toshikoshi or “passing into the New Year” soba.

Why soba? Because long noodles represent a long life. So if you eat long noodles, you’ll also… live long? Maybe it’s not the most practical reasoning, but Japan has one of the longest life expectancies in the world.

When in Japan, you need to try what’s dubbed as the world’s best ramen. Ichiran is a popular ramen restaurant that provides customers a unique and personalized ramen experience.

One of the more common and well-known ways to celebrate the New Year is to visit a Japanese shrine and pray for good luck in a tradition called hatsumode. The major shrines that attract the most visitors are Tokyo’s Meiji Jingu and Kyoto’s Fushimi Inari Shrine.

But if you don’t like crowds, then we recommend visiting local shrines outside the major cities, because the lines get seriously long with waiting times of several hours.

In Kyoto, we stayed in a traditional Japanese rest house with its own onsen or hot spring spa, the Takao Kanko Hotel in the mountains just outside the city. We made sure to find a tattoo-friendly onsen because our modern kids have tats. A lot of onsens don’t allow tattooed people, probably due to its Yakuza overtones.

The ryokan has three ancient temples within walking distance and a clear stream that meanders through the mountains beside it.

The best temple is Jingo-ji, which is also the one nearest the ryokan. The owner Hiroko runs the ryokan herself.

The hotel also offers a free shuttle service to the nearby Bamboo Forest, a photogenic hillside of tall bamboo all around the Tenryuji World Heritage temple and the little town of Arashimaya. It’s a nice place to take long walks and lots of pictures.

On our last day, we took the Osaka Metro to nearby Nara Park. It is less than an hour away but demands a lot of walking. Pro tip: Use the Kintetsu-Nara railway instead of the JR train, as the station is nearer the Nara Park by a good 500-meter uphill walk.

Nara is famous for its deer, which roam freely through the park and can be hand-fed.

The temples themselves are enormous, and in the fading sunset light, turn a shade of gold that is so photogenic.

With the nice cold weather, I can’t wait to return to Japan again! I think it was also the top holiday choice for many Filipinos because we kept hearing Tagalog and bumping into friends everywhere we went.

I’m sure the IG flood from Pinoys in Japan will outnumber any other destination in Asia. 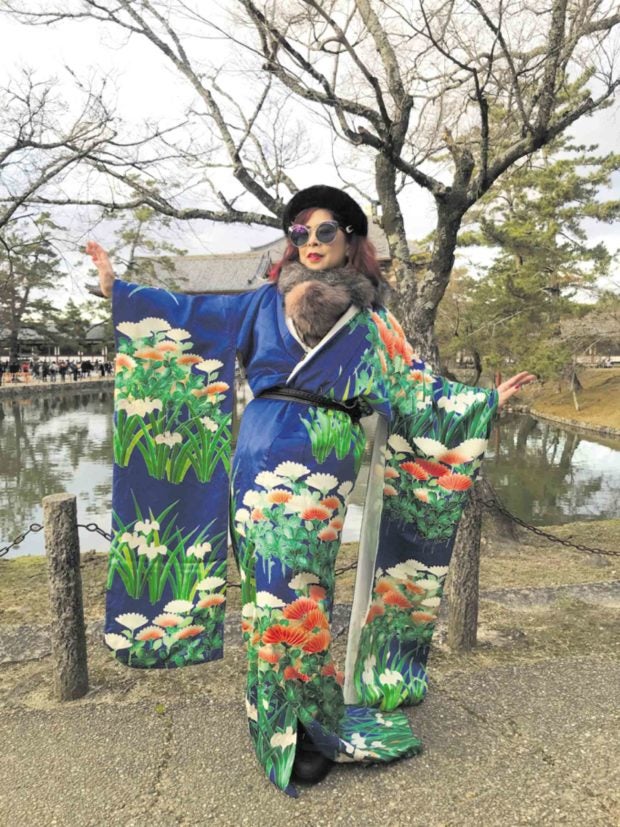