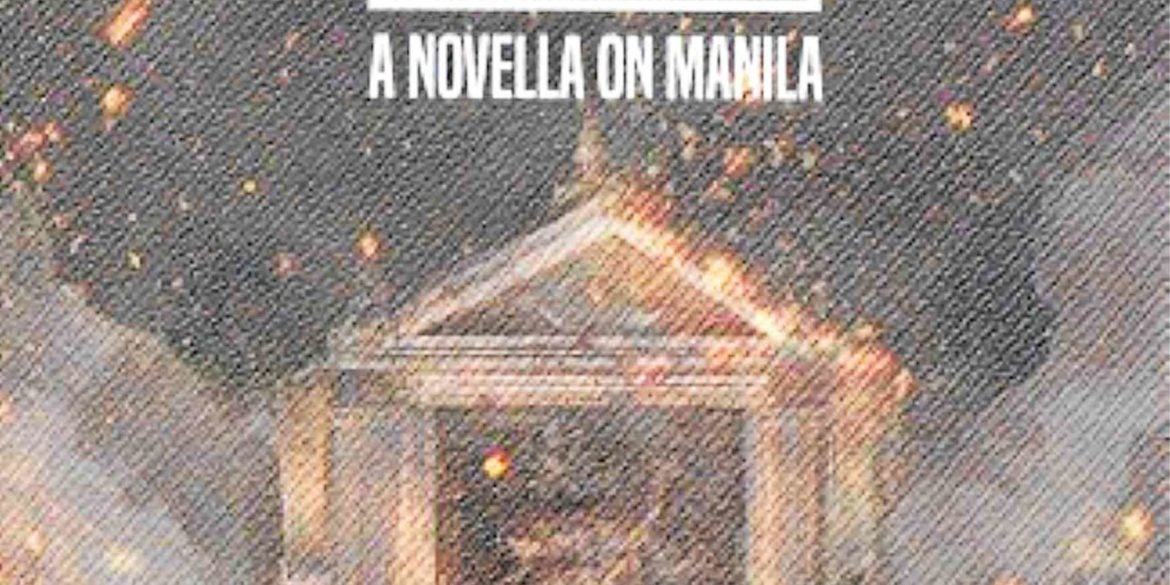 Novel by Ambassador Reyes asks, ‘Is Manila heaven or hell’ 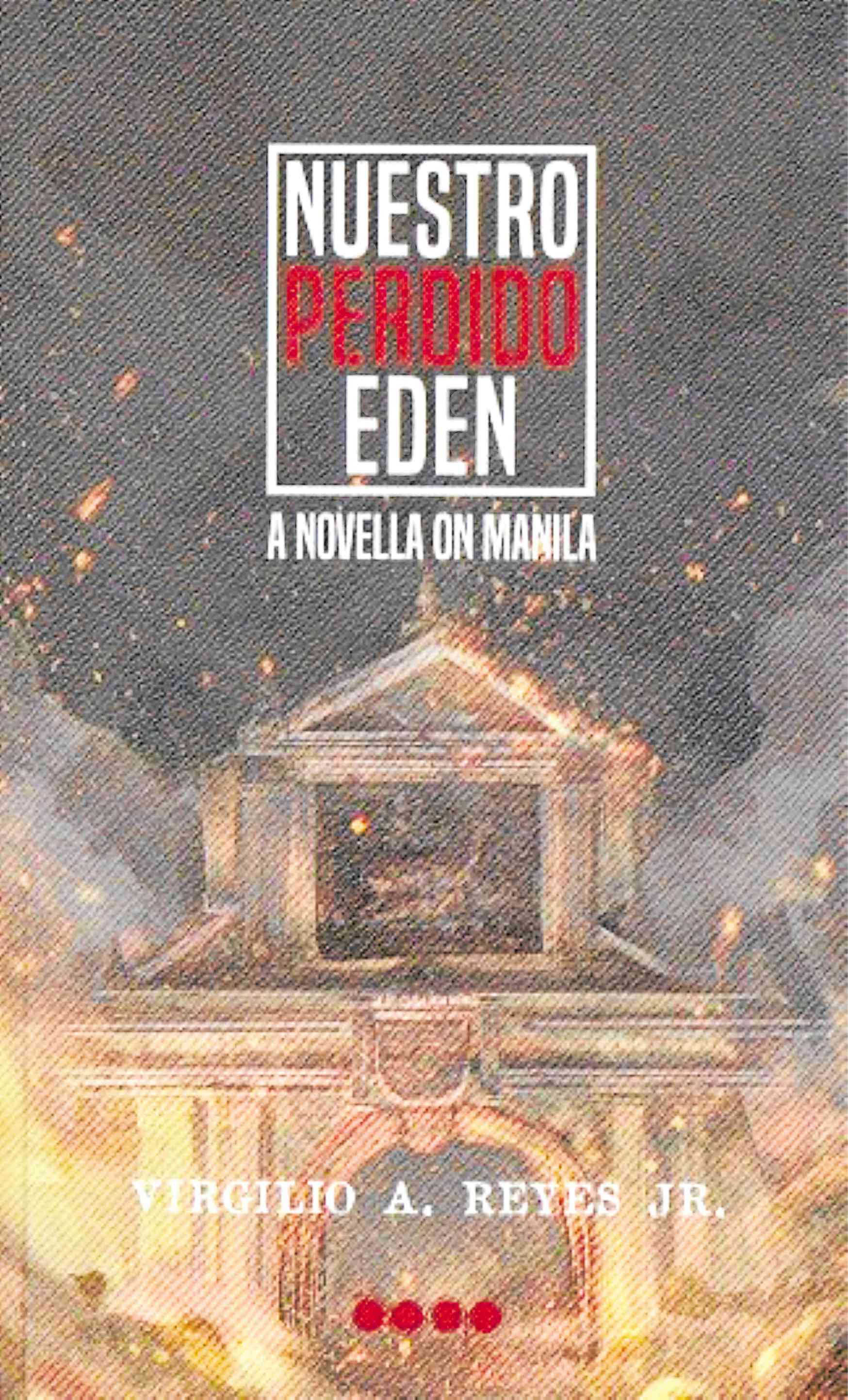 It is not strange for a diplomat to write a novel. It is quite logical, when one thinks of it, for diplomats to write literature, given that language is the main tool in their trade. Great literary figures such as Geoffrey Chaucer of England and Juan Valera from Spain were diplomats. Many Nobel awardees were also diplomats: Gabriela Mistral, Miguel Ángel Asturias, Pablo Neruda and Octavio Paz, to name a few of those who wrote in Spanish.

In the Philippines, we encounter distinguished names such as Carlos Romulo, who presided over the foreign and education departments under different administrations; or León María Guerrero III, author of the biography of Rizal, “The First Filipino,” and Philippine ambassador to the United Kingdom and to Spain, among other countries.

Nor can we forget two great ambassadors that Spain had in the Philippines: one, Pedro Ortiz Armengol, an expert in Galdós and author of various publications about the Philippines, such as his timeless essays, “Intramuros de Manila and Letras en Filipinas,” the novels “Dolores Armijo,” “Pasión Filipina del Hermano Pulé” and the compilation, “Décadas Isabelinas: Historias Viejas de Manila.”

Another is Delfín Colomé, musician and composer who, apart from various musical pieces on the Philippines, also left us with his essay “La caución más fuerte,” a historical study on Philippine literature in the Spanish language.

So it shouldn’t be strange that a diplomat such as Virgilio A. Reyes Jr. recently published a novel with Ateneo de Naga University Press. Its title was literally taken from the second verse of the second stanza of José Rizal’s poem, “Mi ultimo adios”: “Nuestro perdido Edén,” just like the original poem in Spanish, with the subtitle “A Novella on Manila.” This is of course not to be confused with the almost homonymous novel “Perdido edén” of Jorge Ordaz, published in Spanish in 2004, by the Luis Vives publishing house.

Virgilio Reyes was the Philippine ambassador to South Africa and Italy, having established his diplomatic career in various countries such as Mexico and Chile. Yet Ambassador Reyes is certainly no amateur writer: He received a National Book Award in 2004, but upon retiring from his diplomatic career, he found himself with more time to dedicate to literature.

Recall that other Filipino authors such as Benito Legarda Jr. and Jaime Laya published their best literary works after having retired from their brilliant government careers. Or the Algerian writer Wassyla Tamzali, who, after her successful career as a lawyer in international organizations as a defender of women’s rights, wrote the book “Une éducation algerienne,” which eventually became a reference for understanding contemporary Algeria.

“Nuestro perdido Edén” is a short novel, which, as mentioned during the book presentation at Solidaridad Bookstore, could be read in one sitting. However, with all its brevity it does not omit the necessary narrative elements—the tension, the richness and the depth—which make it, in addition to a divertimento, a highly interesting work.

The author understands that in the digital age, literature competes with “posts” and “tweets,” and long descriptive texts dissuade readers, and the transmission of ideas, thoughts and narratives is developed through layers, as described by Alessandro Baricco in “The Game.”

Perhaps the denouement could have been longer, and it is obvious that the author wouldn’t have lacked resources to prolong the suspense; however he had decided to end it as soon as he had already put forth the questions that interest/preoccupy/fixate one generation of Filipinos after another: their complex identity, a fruit of the interaction and racial mixing of at least three civilizations; the dynamic social hierarchy; the destruction of their vulnerable heritage, framed in a dialectic between tradition and progress; and the constant projection toward the future with an awareness of the past, in which the Filipinos have mainly been passive subjects, whether as victims, or as a stage for foreign actors to fight for interests which had absolutely nothing to do with the interests of the country. Perhaps the author thought that lengthening the novel would be pleonastic.

The story takes place in present-day Metro Manila, but through the protagonists, the author also takes us on a parallel tour of prewar Manila in a past-present dialectic, an accurate metaphor—like in Wassyla Tamzali—of the intent to understand a dramatic past, which in essence is something as intrinsic to the human being as the search for his own identity.

“Manila, heaven or hell?” is the question which appears (explicitly or implied) throughout the novel. Many of us arrive at the same conclusion as some of the characters in the final debate, in the case of the protagonist, the magnate Don José Andrés Santiago: Living in Manila is like feeling in heaven but being in hell. This paradox is the most profound expression of the strongest and contradictory emotion which best characterizes the human soul: love.

Was that not perhaps literally what Yoko Ono used to say in her famous article “John Lennon’s Last Days: A Remembrance by Yoko Ono” (Rolling Stone, 2010)? “Did it matter that the whole world hated you if your guy loved you that much? Who cares if you had to live in hell with him? John and my heaven was in hell. And we loved it. We would not have wanted in any other way”.

Or perhaps was it not what Lope de Vega said in one of the verses of his sonnet, “Desmayarse, atreverse, estar furioso,” which is probably the best definition ever of the feeling of love: “to believe there is heaven in hell.”

Upon reading the novel of Reyes, the reader may question about identity and that “rational but inexplicable” love for Manila brings to mind the master of all masters, Nick Joaquin.

Throughout the novel, Reyes either gives us precise definitions, such as “Barrio San Luis is a reasonable facsimile of the old Intramuros”; or sharp criticisms of Manila society, present and eternal. Real characters appear in the flesh, such as Ambeth Ocampo, precisely a historian, or implicitly, without mentioning names but clearly identifiable, for their sometimes “sealed lips” (Maurice Arcache) or for their bowler hats (Carlos Celdrán). These real-life characters coexist with other fictional or semifictional characters, as well as historical characters: Rajah Sulayman, Rajah Matanda and Miguel López de Legazpi; creating a fresco which reminds me of the mythical cover created by Haworth and Blake for the album, “Sgt. Pepper’s Lonely Hearts Club Band.”

No doubt the author has very much enjoyed reviewing the history of Intramuros, and has identified the places where the emblematic buildings of old Manila stood. This is a task made much easier with the installation of placards identifying and describing these sites, which was placed by the Intramuros Administration under the very efficient management of Guiller Asido and his team. The novel of Reyes acquires an added value as a guide for interesting sites to visit, not just in Intramuros but in Binondo and Tondo, the first suburbs of Manila.

Ultimately this work is a pleasant read that informs, entertains, guides and invites us to reflect.