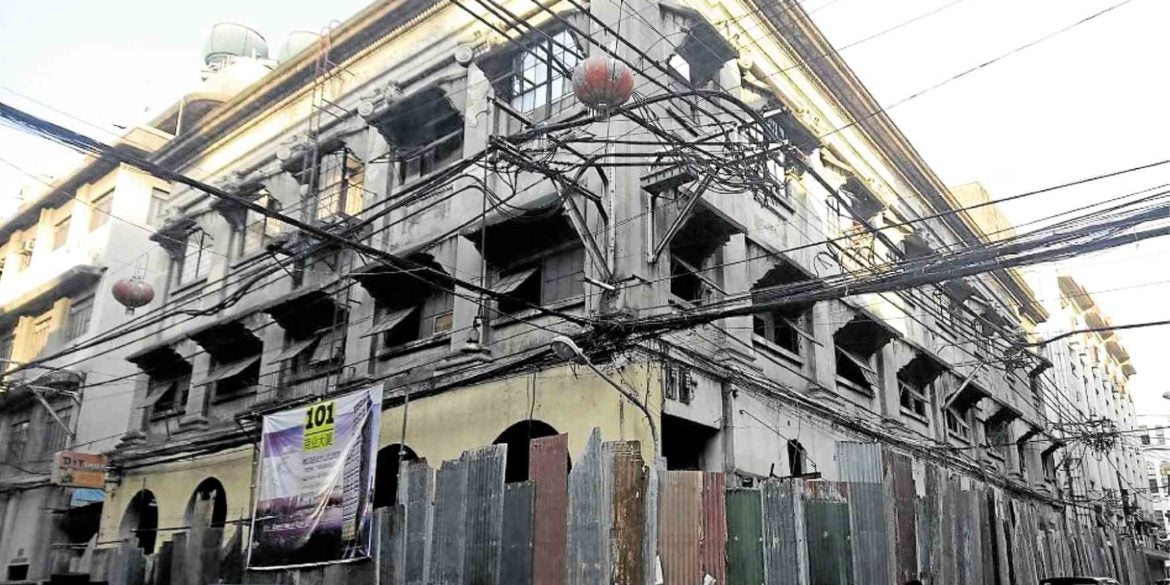 New Manila Mayor Francisco “Isko Moreno” Domagoso may have vowed to preserve Manila’s cultural landmarks such as the Manila Metropolitan Theater, but heritage controversies continue to hound the nation’s capital.

Heritage advocates have lamented the demolition of a heritage house in Quiapo and the impending demolition of the former American Chamber of Commerce Building in Binondo.

Kapitbahayan sa Kalye Bautista, a heritage consortium in Quiapo, expressed disappointment over the demolition of the Sanchez House on Bilibid Viejo Street in Quiapo.

“Despite the local government’s reassured support for our heritage sites, owners continue to replace these structures with new buildings for better investments,” Kapitbahayan said in a statement.

It added that heritage structures should be preserved since these “served as silent witnesses to the many events of our beautiful city.”

In early November, National Historical Commission of the Philippines (NHCP) chair Rene Escalante wrote Ma. Concepcion de la Cruz, the house’s owner, reminding her that the house was a presumed important cultural property for being at least 50 years old and should be spared from any alteration or demolition.

“Preserving the building’s aesthetic character can be the owner’s contribution to the cultural heritage not only of their community but also of our country, through the conservation of built examples of significant design styles,” wrote Escalante.

The Kapitbahayan noted that the Sanchez House was at least a hundred years old and had “ornate grills with a rare architectural design called Vienna Secession, a popular art movement in Austria in the late 19th century.”

Meanwhile, Mayor Domagoso has approved the demolition of the Lusco Building on the corner of Dasmariñas and Burke streets in Binondo, Manila.

The structure, also known as the Amcham Building, will give way to a 33-story commercial building which will be constructed by JQ International Construction Inc.

In 2017, the NHCP issued a cease-and-desist order against its demolition but the building would now add to the many heritage structures demolished in Manila in recent years, lamented a number of heritage advocates in Manila.