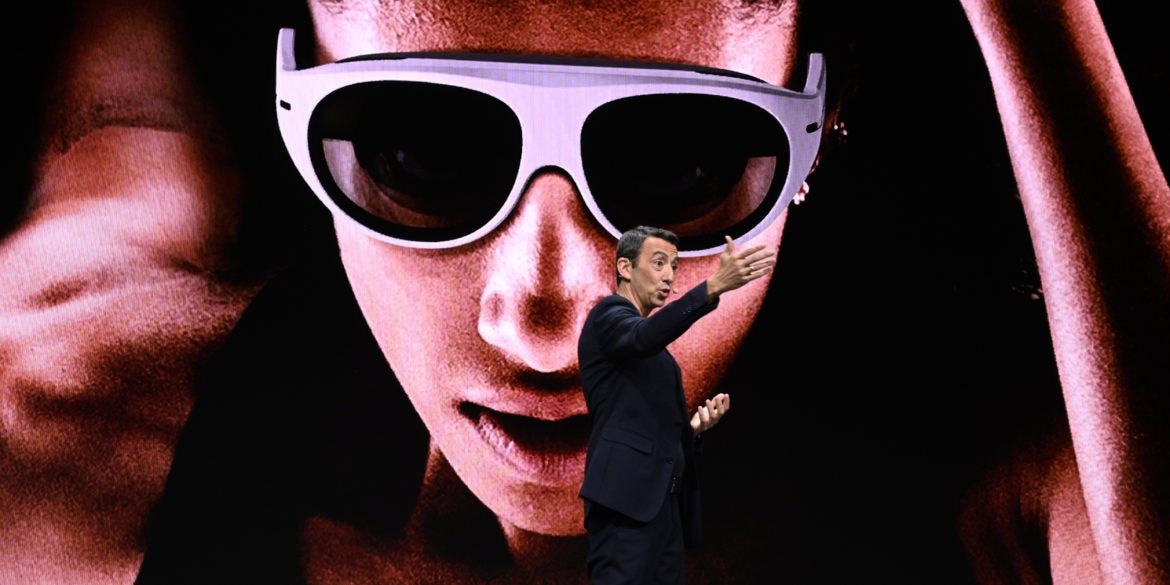 A smart city from Toyota, a rolling robot from Samsung and a new 5G smartphone from China’s TCL were among the announcements Monday at the Consumer Electronics Show preview day.

Here are a few highlights from the events at CES, set to formally open on Tuesday in Las Vegas.

The Japanese auto giant said it would create a “woven city” on 70 hectares (175 acres) at the base of Mount Fuji in Japan, powered by hydrogen fuel cells, to test autonomous driving and other technologies.

“Building a complete city from the ground up, even on a small scale like this, is a unique opportunity to develop future technologies, including a digital operating system for the city’s infrastructure,” said company president Akio Toyoda.

The city will be designed for around 2,000 people, including Toyota employees and visiting researchers, with sustainable construction materials, in-home robotics to assist with daily living and sensor-based AI to check occupants’ health.

Ingels told the news conference the city would have different types of thoroughfare for autonomous vehicles, pedestrians and “micro mobility” vehicles such as scooters and bikes.

The smart homes “will take advantage of full productivity, using sense of the AI to do things automatically like restocking your fridge or taking out the trash, or even taking care of how healthy you are,” Ingels said.

LG said its smart televisions were being enhanced to give viewers real-time answers to questions about what is happening on screens — from sports to news to films, and even help them find and buy what a particular actor may be wearing.

Beginning this year, owners of LG’s new webOS Smart TVs will be able to shop on-screen for things they spy on participating networks’ shows, according to TheTake.

“Shoppable video has been talked about since the days of Rachel’s sweater on ‘Friends,'” said TheTake co-founder and chief executive Tyler Cooper.

Chinese consumer electronics giant TCL offered a glimpse at three new smartphones, one tailored for super-fast 5G networks, and promised all would come in at less than $500 at launch later this year.

TCL revealed it is working on a phone with a screen that folds like a book, and a visor headset that gives an experience like looking at a 110-inch television screen. Both of those were prototypes in development.

Samsung scored points with its rolling robot ball, named Ballie, which tracks its owner around the home.

The ankle-high robot was designed as a “life companion” and fits into the company’s vision of “human centered” artificial intelligence.

Sebastian Seung, chief research scientist at Samsung Electronics, described the tiny robot as a fitness assistant and a mobile interface to help people in various situations.

“It’s a remote control that helps seniors control all the smart devices in the home, and calls for help if they need it,” he told a CES keynote.

The South Korean consumer electronics giant also showed a “Sero” television that can pivot from portrait to landscape modes the way smartphones or tablets do in an appeal to generations raised with mobile internet viewing habits.

The Sero, which means “vertical” in Korean, debuted in South Korea last year but will be available in other countries in 2020.

Chinese TV colossus Skyworth is taking its line-up to the US and Europe, with 8K resolution models that boast artificial intelligence along with cameras that watch the watcher.

Artificial intelligence built into the cameras in TVs can handle video calls, take pictures, and even track body motion for fitness or game applications.