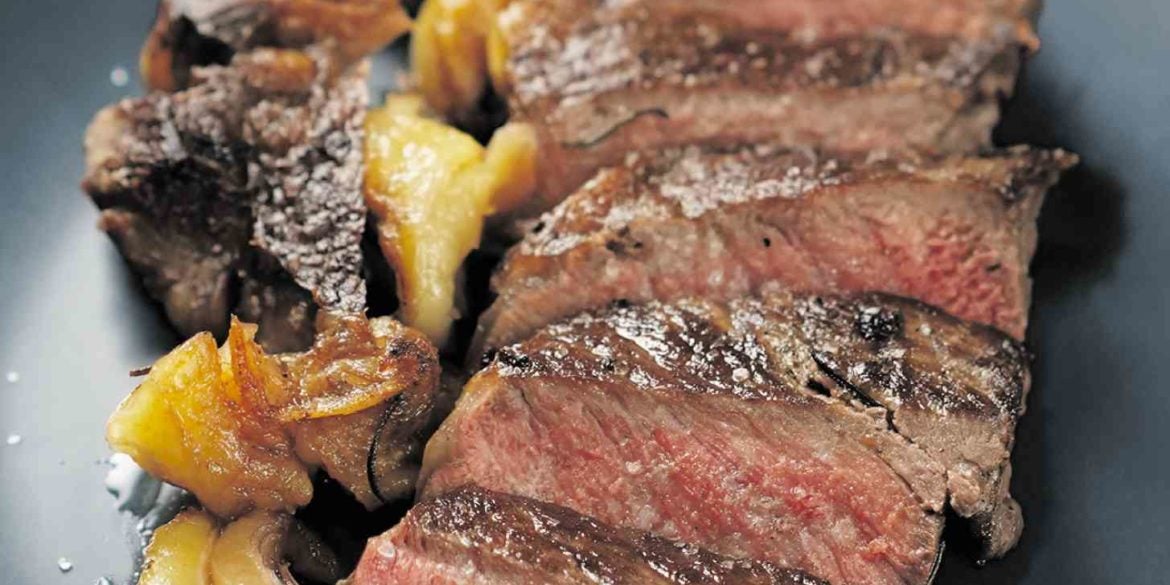 Argentinean grass-fed beef cooked to your choice of doneness

Chingolo’s Bolzico Beef is ‘leaner and beefier, but the meat is much tastier and doesn’t make you feel heavy after eating’

Celebrity brothers-in-law Erwan Heussaff and Nico Bolzico kick off 2020 with the opening today of their restaurant/deli/butchery called Chingolo.

“After my trip to Argentina with Nico, I realized how tasty its steaks are, compared to other grass-fed Angus that I’ve tried in other countries,” says Heussaff. “Nico’s family owns cattle farms, so it just made sense for us to source from them and start bringing it to the Philippines.”

Initially, they flew in the meats only for personal consumption. A couple of chefs and restaurateurs got to sample the steaks and immediately wanted to include them on their menus.

The duo formally established their company in 2018. Bolzico Beef became available via Rare Food, an online shop that offers same-day deliveries in Metro Manila. To their surprise, their beef became a top seller on the site, with orders from as far as General Santos, Cebu and Cagayan de Oro.

“Argentina has a long tradition of cattle farming and is one of the few countries in the world where grass-fed Angus is the standard, not the exception,” says Heussaff.

“People in Argentina prefer leaner and beefier tasting cuts, which are the main characteristics of this type of beef. Not to mention that it employs a more sustainable way of farming cattle, as the cows are left to roam undisturbed—a space of one hectare for each cow for 18 months.

“While our cuts have less fat, the meat is much tastier and doesn’t make you feel heavy after eating.”

Since people in Manila still want to see the meat before they buy, Heussaff and Bolzico decided that they will display all the cuts they carry, and likewise allow customers to sample the meat in their 20-seat dining space.

Chingolo—named after a cut of beef—has a straightforward menu. Guests can choose from rib eye, tenderloin, rib cap or skirt, among others—and have it cooked to their preferred doneness. The steak is served with one of four signature sauces—chimichurri, entrecôte, salsa rosa or house gravy.

For a more complete meal, there are sides such as batard bread and pickles, Dalisay garlic rice, fries and vegetables dishes like baked pumpkin with sunflower seeds and feta, or the red kidney beans with garlic Dijon dressing.

The meats are available for delivery or pick up, either in slab form or precut and frozen.