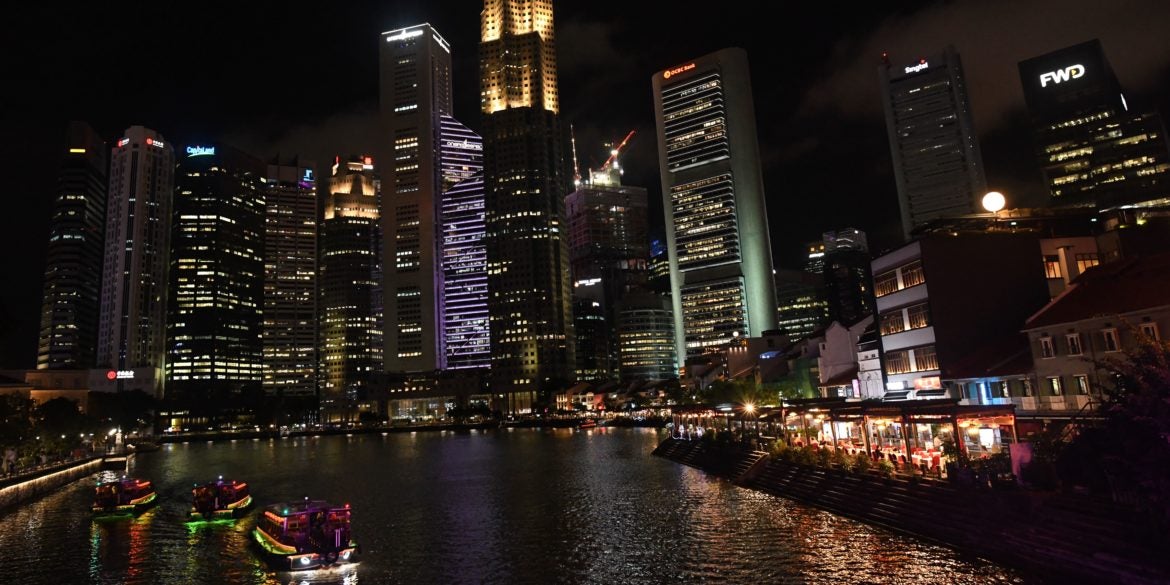 A general view of the financial business district at night is pictured in Singapore on January 7, 2020 (Photo by Roslan RAHMAN / AFP)

A Singapore opposition party has mounted the first legal challenge against an online misinformation law that activists say is being used to silence criticism of the government ahead of elections.

The controversial legislation gives authorities the power to order corrections be placed next to posts they deem false.

Since the law came into force in October, several opposition figures and activists have been ordered to place a banner next to online posts stating that they contain false information.

The Singapore Democratic Party (SDP), one of a handful of small opposition groups in the city-state, has now asked the courts to overturn a government order for it to correct two Facebook posts and an article on its website.

The Facebook posts said many Singaporeans had been displaced from white-collar jobs by foreigners — claims the government said were “false and misleading”.

“We undertake this legal action because, as difficult as it may be, we must stand up for our fellow Singaporeans and fight for what little space we have left in Singapore to uphold our democratic freedoms,” the party said on its website late Wednesday.

The challenge was filed against Manpower Minister Josephine Teo, whose ministry last month ordered the corrections be put up and later rejected an application to withdraw the order.

“Ms. Teo has plunged a dagger into the heart (of) Singapore’s political system already plagued by anti-democratic rules that keep the (ruling People’s Action Party) entrenched in power,” said the SDP, which currently has no seats in parliament.

While it is praised for its economic management, affluent Singapore’s government is also regularly criticised for curbing civil liberties.

The People’s Action Party (PAP) has ruled Singapore for decades and is expected to comfortably win polls expected within months, with a weak opposition seen as little real challenge.

The High Court has set Thursday next week to hear the SDP’s challenge.

The government insists the legislation is necessary to stop falsehoods from circulating online that could sow divisions in the multi-ethnic, multi-faith country.