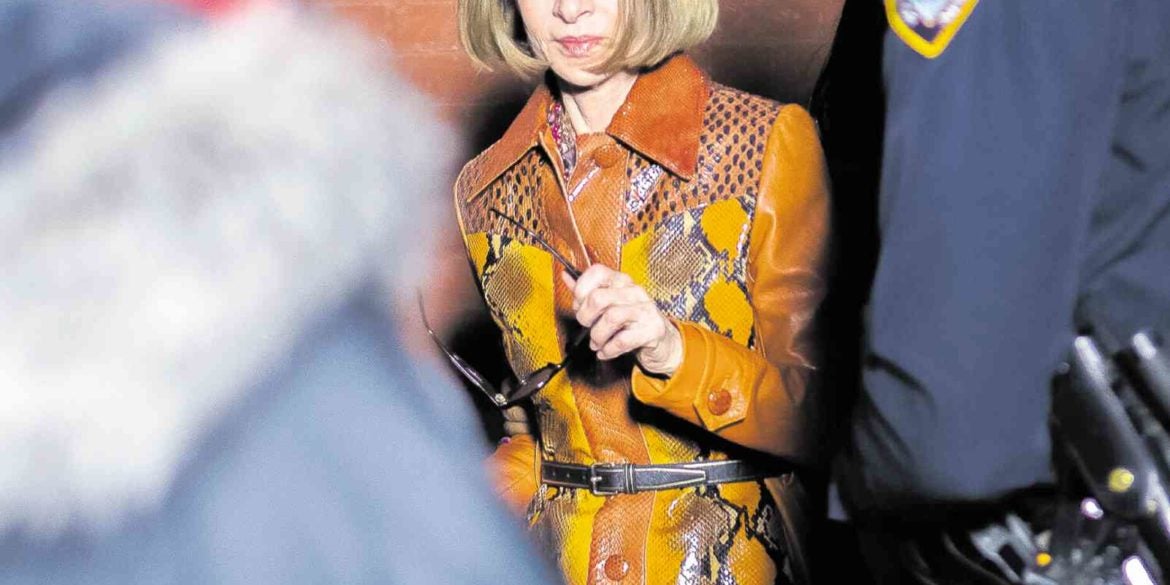 ‘I was just someone who lived halfway across the world, in the Philippines, and dreamed,’ says Martin Romero

A few years ago, former To be You contributing editor Stef Cabal and I were talking with potential student correspondents for this Lifestyle subsection. A lanky and shy college student named Martin Romero stepped inside the room and sheepishly showed us his photography portfolio.

We gave him the nod and he became one of our student correspondents from Ateneo de Manila University.

Little did he know that what waited down the road were opportunities to shoot world fashion icons.

“I think every street-style photographer’s dream is to capture an iconic photo of Anna,” Romero recalled in our email chat this week.

“I honestly thought I wouldn’t see her since Marc Jacobs is usually the last show of New York Fashion Week, but then amid the mob of Peta (People for the Ethical Treatment of Animals) protesters, security, fans and photographers, I spotted her famous bob. She wore this tan python leather trench coat and she was rushing to the show. I was lucky enough to photograph her sandwiched between the protesters and the police.”

He described the atmosphere: “Once Anna is in the radar of the street photographers, it doesn’t matter who else is on the street, all lenses and cameras are locked on her.”

Romero, now 31, has seen Wintour four more times after that. He even recalled a moment when he felt bad for her when she was leaving the Coach show and she couldn’t find her car, as people swarmed around her during that long wait.

Romero didn’t take the direct route to a New York stint. After college, he took a break from photography to work in government and then advertising.

In 2014, he decided to take up a master’s degree in Professional Studies in Interactive Telecommunications or ITP, a program of the Tisch School of the Arts at New York University.

After finishing the course, he stayed on in New York and did freelance work for a couple of months.

“After my master’s program, I was eligible to work for a year. I wanted to stay longer,” he recalled.

Romero, who is in Manila for a vacation, added that it had always been his dream to live and work in New York as a photographer, but never thought it would become a reality.

“I was just someone who lived halfway across the world, in the Philippines, and dreamed,” he said.

“When I moved to New York, I did not know anyone. I felt like moving there was a full reset on life and my career. It was hard because I didn’t have the comfort of family and security of my network.”

The first few years were especially hard, he recounted. “I had lots of goals I wanted to achieve. It was a climb but I’d never felt more alive because of the hustle.”

One of his first big street-style photography gigs was in 2018.

He accidentally got down the wrong subway station and stumbled upon a hotel and saw celebrities, specifically Hollywood star Olivia Munn of “X-Men Apocalypse” going out on her way to the Met Gala 2018’s “Heavenly Bodies: Fashion and the Catholic Imagination” show.

He was just outside at the right moment and decided to take snapshots.

Street-style photography has always been Romero’s forte. He had been doing a bit of photo journalism since grade school.

“With street style, there’s something photojournalistic about it, in the sense that everything feels very in-the-moment and genuine, as opposed to an editorial or a commercial shoot,” he explained.

He has been fortunate to have photographed celebrities because they were in Fashion Week.

“Majority of the stuff I publish are of personalities. Celebrity fascinates me,” he said.

Growing up in Tarlac, he loved watching personalities on screen and was fond of seeing their beauty and style in magazines.

“By photographing and connecting with the people I’ve always admired, I feel like I’ve gained access to—and allow my audiences a peek into—the world of fashion,” he pointed out.

He loves great-looking clothes and how fashion amplifies confidence in people— which is best expressed through personal style.

Aside from street-style projects, he does backstage footages during Fashion Week, as well as food and sports photography.

When he’s not busy, he does CrossFit. “It helps keep me sane, given the stress.”

He also finds solace in the spiritual. “I was raised a Catholic. I still go to church on Sundays.”

For his upcoming projects, Romero is excited that he will be covering Couture Fashion Week in Paris and the Paris and Milan Fall Winter 2020 Fashion Weeks for the first time next month.

And for his dream projects, he hopes to create a campaign for Nike and contribute to the New York Times and Vogue.

“I remind myself that the New York hustle is a marathon and not a sprint, and that I’m not going to get what I want off the bat,” he said.

He doesn’t underestimate the importance of networking. Some of the things he achieved, for instance, were through people he met in an event months ago. He uses social media network to do collaborations.

“I constantly think that I’m planting seeds and waiting for the fruits to grow,” he said.

For more of his works visit his website www.martsromero.com, https://www.instagram.com/martsromero/