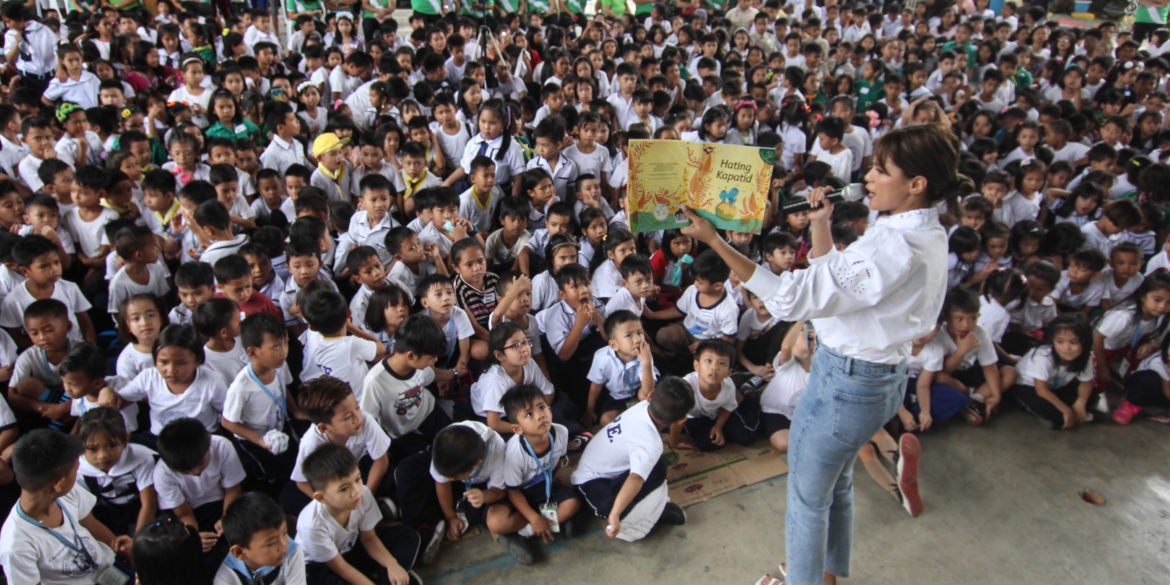 MANILA, Philippines — Inquirer Read-Along welcomed 2020 with messages of fairness and sharing in its first session at the Calvario Elementary School in Meycauayan, Bulacan.

It is about an ant who learns the true meaning of “fair share” from his older brother as they eat different Filipino snacks together.

Tumulak said she wanted the children to realize the value of sharing beyond material things.

“Sharing is caring not just when it comes to material things. It can also be about sharing one’s knowledge, time and energy,” she said.

Tumulak, who joined a Read-Along session outside Metro Manila for the first time, said she is looking forward to attending more sessions in far-flung areas with the program, which now on its 13th year.

“Hopefully, I could spend more time with the kids not only in Metro Manila, but also in other places around the country, maybe in areas we haven’t reached yet,” she said.

The trio of veteran storytellers—Ann Abacan of Sophia School, Dyali Justo of Adarna House and Rich Rodriguez of Ang Pinoy Storytellers—engaged the kids in an interactive reading of “Ang Pambihirang Sombrero,” written and illustrated by Jose Miguel Tejido.

The story is about a young girl whose adventure begins when she discovers a strange hat among her grandmother’s old belongings.

The children were also entertained throughout the program with several performances by Sophia School teachers and students.