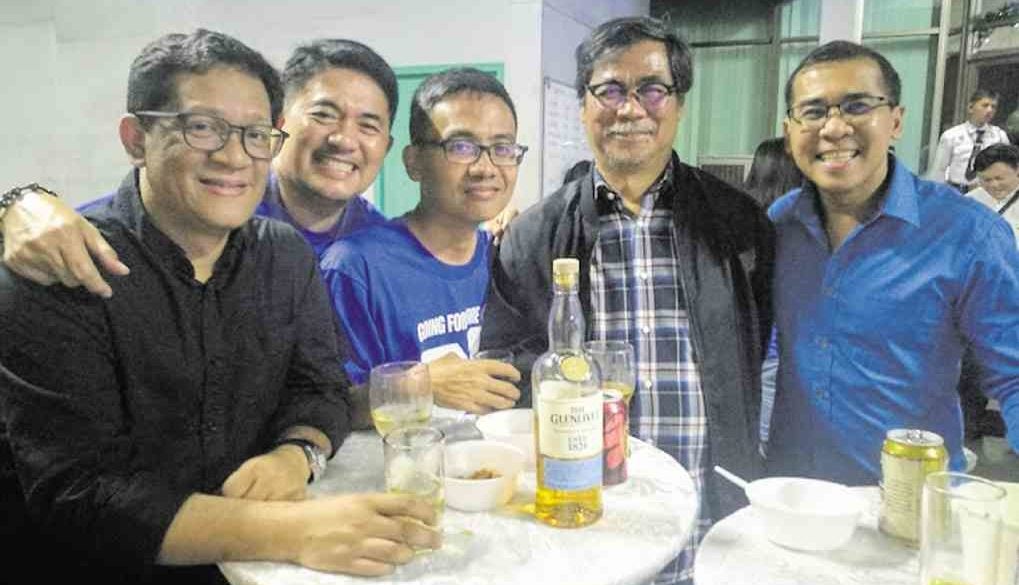 After years of visiting bars and imbibing wines and spirits, it’s only recently that I’ve come to appreciate single malt whisky and craft beer.

This is not to say that other varieties are of lesser quality, but it’s good to know the differences between single malt and blended whisky, and craft beer and the mass-produced ones.

The term “single malt” means whisky produced from a single distillery and which uses only barley as ingredient.

Sipdark.com says “blending whisky allows for the use of cheaper grains, and does not require the same amount of time to age. This allows a distiller to produce a blended whisky faster, and for less money. As a result, the demand for blended whisky is higher, despite the fact that the single malts have an obvious flavor advantage.”

The key word is “flavor.” For instance, The Glenlivet Founder’s Reserve Single Malt Scotch Whisky (distributed by Pernod Ricard Philippines), which I sampled for the first time at the Inquirer 34th anniversary party, has a smooth, creamy flavor compared to the standard blended whisky.

Everyone at the party raved about The Glenlivet, including Tony Fernando, percussionist of one of the guest performers, Planet9, who said: “Ang sarap!”

What about craft beer?

While standard beer is composed of barley (or other grains), water, hops and yeast, craft beer uses high-grade or imported barley and hops for more flavor—again that word.

The term “craft beer” means beer made in a traditional or nonmechanized way by a small brewery or “microbrewery.”

While the major breweries have the advantage of machines producing large quantities of beer, thus are able to sell it at a low price, microbreweries are run by individuals or small teams in a labor-intensive method—which is why craft beer is more expensive.

The craft beer brand Joe’s Brew, for example, is made by the Viray brothers Joey and Marco on the second floor of the Joe’s Brew bar on Matilde Street in Poblacion, Makati.

I found both Fish Rider and Soothsayer with a full-bodied flavor, the taste of malted barley settling nicely in the tongue.

Inquirer editor Jun Bandayrel enjoyed it so much, he kept asking for more—later he was seen dancing to ’70s and ’80s music along with the editorial staff.