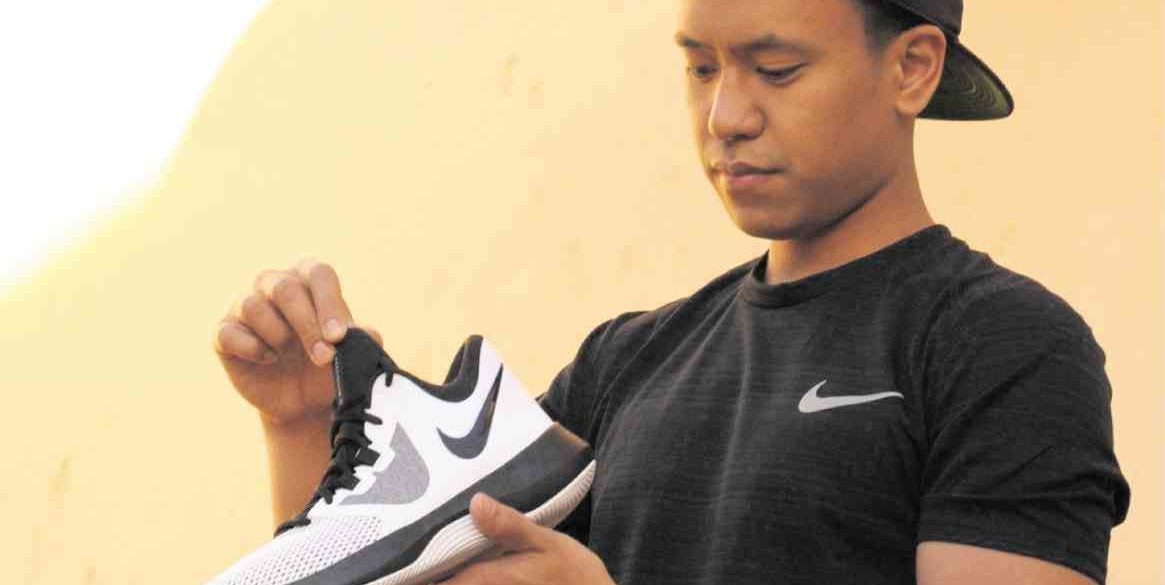 “It’s always important to have a high level of excitement and enthusiasm when starting a design,” says Kevin Reyes.

If you own a Nike Flex Contact, the shoes with laces you need not tie, then you’ve been running in a pair designed by Kevin Reyes, a Filipino shoe designer based in the United States.

Launched two years ago, the Flex Contact became a hit to those looking for a nice boost to their casual or athletic wardrobe.

But perhaps Reyes’ biggest project, so far, is the Nike Mamba Focus, a low-cut silhouette with embossed upper inspired by a snake’s metamorphosis, the latest installment in the Kobe Bryant Nike performance line launched in 2019.

“Kobe was my favorite player growing up!” Reyes told Lifestyle. “I’ve always been such a huge fan of him and his game, and he’s a big reason why I love basketball shoes. So to have the experience to work with him and design one of his shoes was just unbelievable and crazy.”

So, what does it take to become a shoe designer, to be so inspired to dress people from the ankle down?

Reyes, 31, studied industrial design (ID) at the University of Santo Tomas for three years before his family moved to the United States. He eventually earned his degree at the Academy of Art University in San Francisco.

The young man never planned to become a footwear designer. He took up ID because he loved sketching and problem-solving.

But during his junior year in college, he walked in on his roommate sketching shoes. Until then, Reyes didn’t know ID students could get into footwear design.

This accidental discovery prompted him to pursue a footwear project in his senior year, and that sealed the deal for him.

“This is my path, this is what I’m going to do,” Reyes recalled telling himself.

Like most shoe designers, the first step in snagging a job in any top shoe brand, fashion or sports, is to get an internship in a popular brand. Reyes landed one at New Balance in Massachusetts right out of school.

The internship allowed him to work on some New Balance footwear and access its factory facilities to bring their footwear concepts to life. Times spent in factories are crucial to a young designer’s growth. The factory is where budding designers learn the essentials of shoe-making and discuss their vision with the manufacturing team.

“It gave me an opportunity to show that I can design and execute real production for ready footwear. And also, conceptually, to think outside the box and generate more futuristic, cutting-edge ideas,” he said.

His proven competence and capabilities, coupled with a lot of persistence, landed him an interview with Nike at the headquarters in Portland, Oregon, for a footwear design job.

The pressure to perform is there, but the rewards far outweigh the creative demands of the job, he said. To keep his concepts fresh, Reyes needs to be inspired by things outside of footwear.

“Look into music, cars, food, different media, or art. Being solely fixated on shoes can sometimes lead to a creative rut. I think it’s always important to have a high level of excitement and enthusiasm when starting a design,” he said.

And just as important is staying away from work from time to time.

“Working hard is important, and I love every bit of the grind, but I’ve also come to realize that taking time to reset and recharge is just as valuable,” Reyes said.

Resetting projects is sometimes inevitable since it is nearly impossible to come out with a design that pleases everyone during its first presentation.

“It’s difficult because, as a designer, you always form some attachment as you refine and develop your ideas. Changing directions is part of the process. That said, it’s that same thing that can make it feel rewarding, seeing my design come to life—and seeing it on people’s feet,” he said.

“Knowing that I went through multiple iterations just to get it right for the most important person—the end user—is to me what makes what I do feel special.”