Wanted: Girlfriend to fly to the Moon with Japanese billionaire | Inquirer Lifestyle 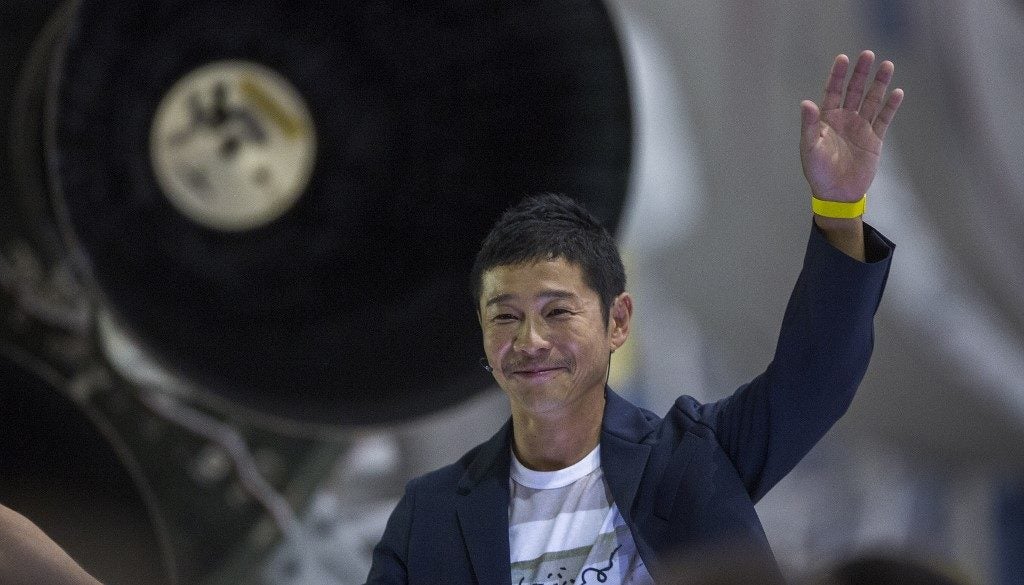 Japanese billionaire Yusaku Maezawa speaks near a Falcon 9 rocket during the announcement by Elon Musk to be the first private passenger who will fly around the Moon aboard the SpaceX BFR launch vehicle, at the SpaceX headquarters and rocket factory on September 17, 2018 in Hawthorne, California. - Japanese billionaire businessman, online fashion tycoon and art collector Yusaku Maezawa was revealed as the first tourist who will fly on a SpaceX rocket around the Moon. (Photo by DAVID MCNEW / AFP)

Wanted: Girlfriend to fly to the Moon with Japanese billionaire

A Japanese billionaire has launched an online wanted ad for a girlfriend who will fly around the Moon with him on a SpaceX rocket.

Yusaku Maezawa, who recently announced his break-up with a Japanese actress, is accepting applications from “single women aged 20 or over” who want to enjoy life to the fullest.

The matchmaking exercise is being turned into a TV show for a web streaming service.

The flamboyant entrepreneur said he agreed to the idea due to loneliness in middle age.

“I have lived exactly as I’ve wanted to until now,” said Maezawa, who has three children with two women.

“I’m 44 now. As feelings of loneliness and emptiness slowly begin to surge upon me, there’s one thing that I think about: Continuing to love one woman,” he said in the ad.

Maezawa has also made a pitch on his Twitter account, saying: “Why not be the ‘first woman’ to travel to the moon?”

The deadline to apply is January 17, 2020. He will make a final selection by the end of March after going on dates with the applicants.

He is scheduled to make a lunar trip in 2023 or later as the first private passenger on a voyage by entrepreneur Elon Musk’s SpaceX.

Maezawa also plans to take about half a dozen artists with him on the trip, which will take them around the Moon without landing on it.