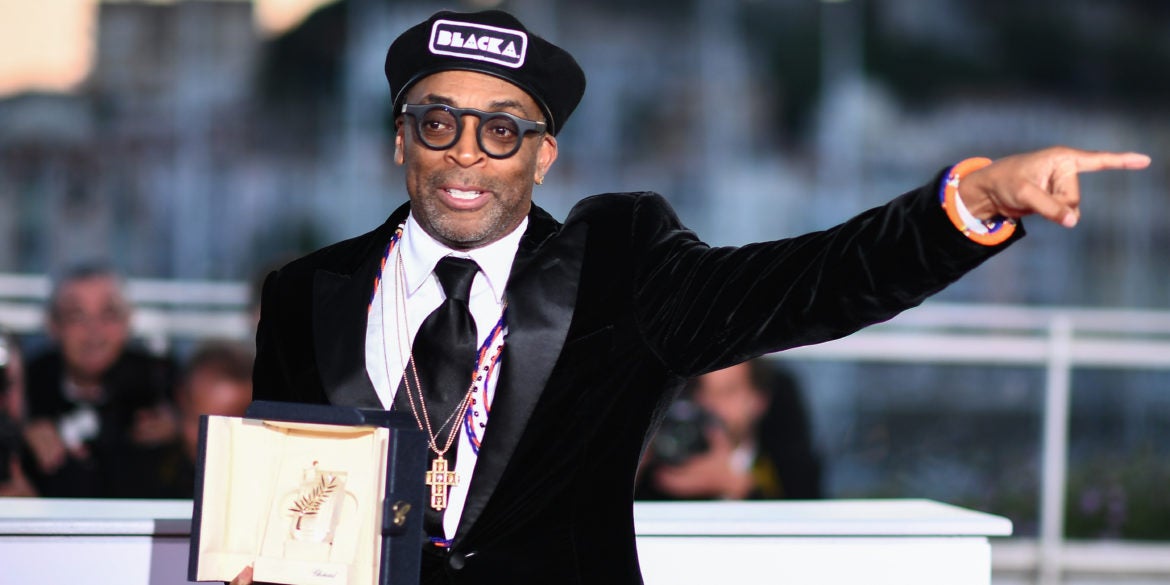 (FILES) In this file photograph taken on May 19, 2018, US director Spike Lee poses with his trophy during a photocall after he won the Grand Prix for the film "BlacKkKlansman" at the 71st edition of the Cannes Film Festival in Cannes, southern France. - US film director Spike Lee will be President of the Jury for the 73rd edition of The Cannes Film Festival which will take place in Cannes, southern France between May 12 and 23, 2020. (Photo by Anne-Christine POUJOULAT / AFP)

The maker of “Malcolm X” and “Do the Right Thing” is the first person of black African descent to preside at the world’s biggest film festival, which is held in May on the French Riviera.

Lee, 62, said he was “shocked, happy, surprised and proud all at the same time” to make history.

The Cannes veteran has premiered seven of his films at the festival, with his debut movie “She’s Gotta Have It” causing a sensation in 1986 when it won the youth prize at Directors’ Fortnight.

His appointment comes as activists criticised the Oscars on Monday for ignoring actors and directors of colour, with no nominations for the acclaimed performances of Awkwafina in the Chinese-American drama “The Farewell” and Lupita Nyong’o in the horror movie “Us”.

Lee, who showed his last film “BlacKkKlansman” at Cannes two years ago, said “my biggest blessings…have happened out of nowhere.

“I’m honoured to be the first person of the African diaspora (USA) to be named president of the Cannes jury and of a main film festival.”

Lee will also be awarded a Palme d’Or, the festival’s top award, for lifetime achievement.

In a written statement from his home in “Da People’s Republic Of Brooklyn, New York”, Lee said Cannes had changed his life.

“To me the Cannes film festival (besides being the most important film festival in the world — no disrespect to anybody) has had a great impact on my film career.

“You could easily say Cannes changed the trajectory of who I became in world cinema,” he added.

Lee also thanked “the great people of France who have supported my film career throughout four decades. I will always treasure this special relationship.”

Only one Asian, the Hong Kong auteur Wong Kar-wai, has ever led the Cannes jury in its 73-year history.

French actress Isabelle Adjani, whose father was Algerian, became the first person of African descent to lead the jury in 1997.

The world’s top film festivals have faced fierce criticism for their lack of diversity in recent years.

Cannes and its rival Venice have faced growing scrutiny, particularly for the lack of female directors in their main competitions, even as they have chosen gender-balanced juries.

More than 80 actresses and woman filmmakers led by then jury president Cate Blanchett staged a red carpet protest at Cannes for equality in the film industry in 2018.

Lee was vocal in his support for the women at the time.

“Cannes is a natural homeland and a global sounding board for those who awaken minds and question our stances and fixed ideas.

“Lee’s flamboyant personality is sure to shake things up,” he added.

Last year the jury was led by “Babel” and “The Revenant” director Alejandro Gonzalez Inarritu, the first Mexican and only the second Latin American to preside over the festival.

Cover image: In this file photograph taken on May 19, 2018, US director Spike Lee poses with his trophy during a photocall after he won the Grand Prix for the film “BlacKkKlansman” at the 71st edition of the Cannes Film Festival in Cannes, southern France. (Photo by Anne-Christine Poujoulat/ AFP)