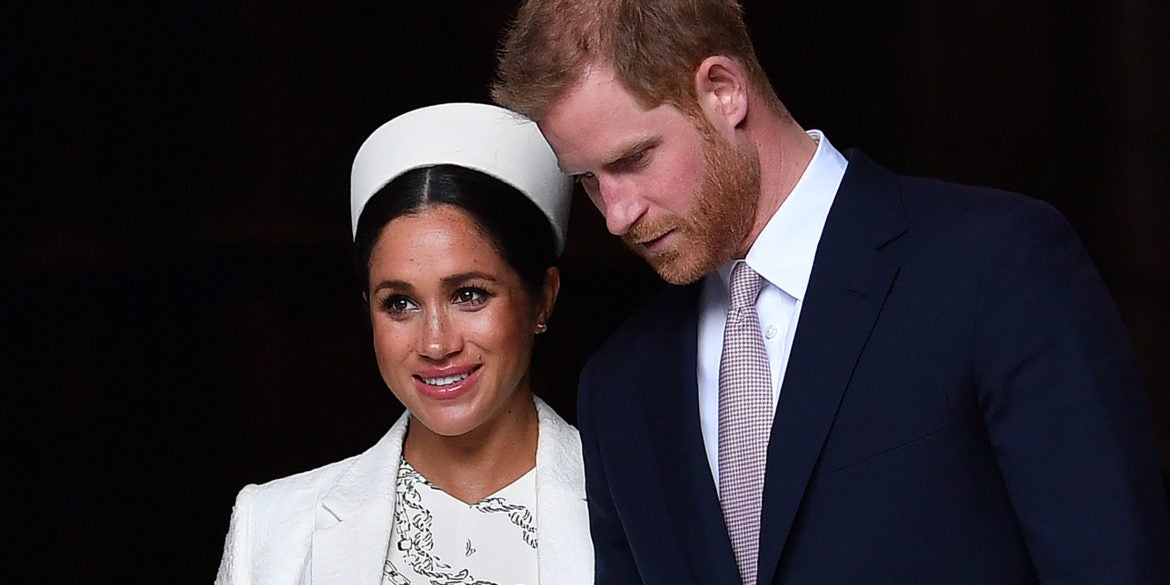 (FILES) In this file photo taken on March 11, 2019 Britain's Prince Harry, Duke of Sussex (R) and Meghan, Duchess of Sussex leave after attending a Commonwealth Day Service at Westminster Abbey in central London, on March 11, 2019. - Queen Elizabeth II will host a showdown meeting with Prince Harry on January 13, 2020 in an attempt to solve the crisis triggered by his bombshell announcement that he and wife Meghan were stepping back from the royal frontline. (Photo by Ben STANSALL / AFP)

Prince Harry and his wife Meghan faced fresh criticism on Tuesday in the wake of an emergency royal meeting to discuss their shock announcement to step back from frontline royal duties.

British newspapers raked over Tuesday’s meeting at which Queen Elizabeth II agreed to allow the young couple to split their time between Canada and the UK until a solution was found.

“It means only one thing — Harry and Meghan have won!” royal commentator Philip Dampier wrote in the Daily Express. “They metaphorically held a gun to her head and she has given in.”

The Sun tabloid’s editorial said: “Our Queen’s surrender to the petulant, selfish demands of Harry and Meghan may prove the biggest mistake of her reign.

“This couple have simply raised the bar for self-obsessed, arrogant entitlement.”

The Daily Mirror said the monarch “displayed selflessness sadly lacking from the way Harry and Meghan have disrespectfully treated her”.

The Daily Telegraph called the decision “The Queen’s reluctant farewell”.

The final decisions on the couple’s future will be thrashed out in the coming days.

The Duke and Duchess of Sussex, as they are formally known, unilaterally announced last week they were stepping back as senior royals and wanted financial independence from the monarchy.

The pair, who have a baby son, Archie, has hinted in recent months at their unhappiness about life in the public eye and Prime Minister Boris Johnson said he understood their concerns.

“I am a massive fan… of the queen and the royal family as a fantastic asset for our country,” he told BBC television. “I’m absolutely confident that they are going to sort this out.”

Queen Elizabeth, 93, summoned her eldest son and heir Prince Charles, and his two sons Princes William and Harry to her Sandringham estate in eastern England for crisis talks on Monday.

Meghan was in Canada after briefly returning to Britain last week.

In a rare personal statement afterward, the monarch said the discussions were “very constructive” but admitted the Sussexes’ decision was not what she would have wanted.

“My family and I are entirely supportive of Harry and Meghan’s desire to create a new life,” she said.

“Although we would have preferred them to remain full-time working members of the royal family, we respect and understand their wish to live a more independent life as a family while remaining a valued part of my family.”

The queen said the Sussexes made clear they did not want to be reliant on public funds, while a transition period had been agreed upon in which they will spend time in Canada and Britain.

“These are complex matters for my family to resolve, and there is some more work to be done, but I have asked for final decisions to be reached in the coming days,” the sovereign said.

Harry, 35, is sixth in line to the throne behind 71-year-old Charles, William, 37, and his brother’s three young children.

Meghan, 38, a mixed-race American who had forged her own television acting career, was seen as a breath of fresh air for the royal family when she married Harry at Windsor Castle in May 2018.

But in October last year, the couple admitted to struggling with the spotlight following their wedding and Archie’s birth in May 2019.

The couple has lashed out at negative press coverage since their marriage, with Harry claiming British tabloids had mounted a “ruthless” and “malicious” attempt to vilify his wife.

Online and television debate has raged since Wednesday over whether tabloid coverage had been racist towards the duchess.

A YouGov poll suggested that while 46 percent of respondents supported the couple’s decision, 57 percent thought they had treated the queen unfairly in their way of going about it.

How the Sussexes will be funded is one of the key issues to resolve. Five percent of the couple’s income comes from public funds.

The rest comes from Charles’ Duchy of Cornwall hereditary private estate. It dates back to 1337 and has officially reported assets worth £1.1 billion ($1.4 billion, 1.3 billion euros).

Besides Britain, Queen Elizabeth is the head of state of Canada and 14 other countries.

The Canadian government has yet to decide whether it will assume the security costs when Harry and Meghan are in Canada, Prime Minister Justin Trudeau said Monday.

Canadian taxpayers have traditionally contributed to the security costs of royal visits.