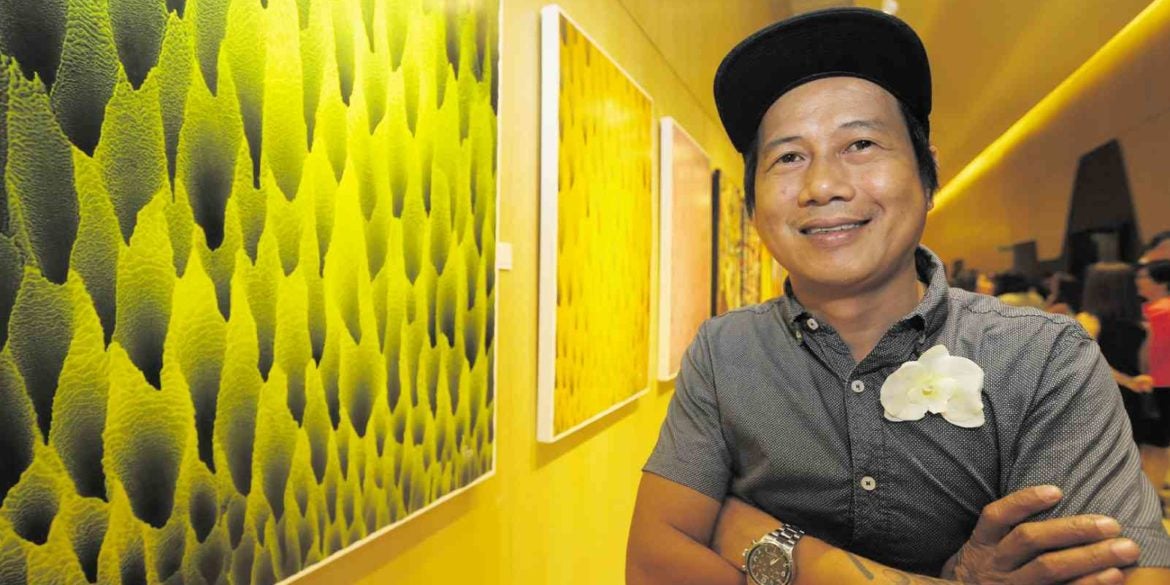 Conrad Manila welcomed 2020 with the continuation of its exhibit series, “Of Art and Wine,” at the hotel’s Gallery C. Now on its 12th installment, the current exhibit is called “Abstract View” and features nine Filipino artists.

The exhibit opening was a well-attended affair.

In his keynote address, Conrad Manila general manager Laurent Boisdron said that the works of the featured artists “perfectly blend with Conrad Manila’s contemporary interiors. The exhibit’s innovative works, vibrant colors, and thematic highlights complement our art program that is meant to further enhance the inspired experience of our guests.”

Pastorizo described his works, which blended shapes and colors, as “inspired by a mixture of chaos and balance of nature, and also with the order and certainty of mathematics and science.”

Latosa, who curated the exhibit with Nestor Jardin, said she wanted to help raise awareness on issues like climate change through her works, which depicted the wind and ocean waves.

“We wanted people to understand more about abstract art,” she said. “We chose works that show a commonality despite the different mediums of the artists.”

She encouraged people to appreciate the works for what they are, to not overthink, and just take in the simple aesthetic pleasure in viewing art.

“The visual dialogue for the artistic unions reveals the potential for differences to act as a springboard for complementary and reciprocal relationships to flourish. The nine artists’ collective works, despite their aesthetic differences, underscore the unifying power of art,” said Latosa.