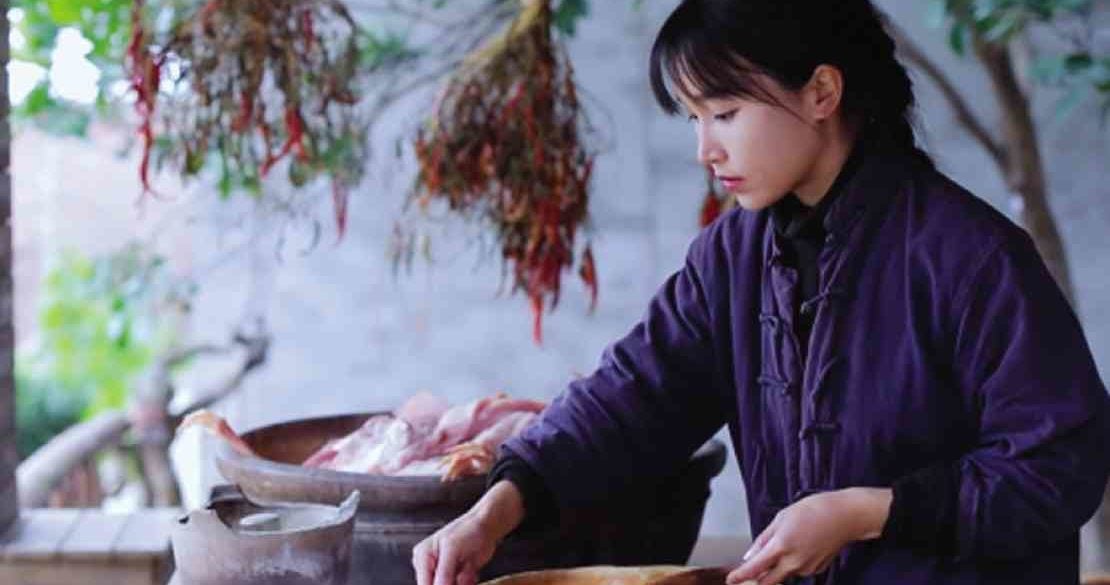 During breakfast, my son would usually look out for a new video from Li Ziqi, and then we would look on with fascination at what she would be cooking from scratch.

Li Ziqi is the internet sensation from Sichuan, China. She is pretty, young and very slim, which makes some viewers wonder whether she is for real.

She does heavy farm jobs, such as growing and harvesting rice grains; carpentry by cutting bamboo stalks and fashioning them into beds and benches; and making her own clay oven shaped like a cat.

She also butchers, though she sometimes asks the help of neighbors. Many of them live far away from her mountain home where she lives with her grandmother.

My son said Li was raised by her grandparents, went to work in the city for a while, then went back to live with her grandmother when her grandfather died. Grandma is seen sharing the food with her, covering Li with a blanket when she falls asleep. Obviously, she must have taught Li how to cook.

At first, Li did her own video, setting up the camera, editing and posting the video herself. Her detractors, and they include fellow Chinese, doubt all of this because of the technical polish of her video posts. She actually showed, at first, that she was doing all of it alone. But since she currently has millions of followers worldwide, she has gotten a cameraman and an assistant.

It isn’t surprising that the Chinese government thinks she is the best promoter of its culture, the “intangible cultural heritage” that includes cuisine. And she is the person who can show that an idealized life in the farm is possible. That is probably why she is on YouTube, which is not allowed in China by its communist bosses.

When I see food friends, I also promote her. Ginny de Guzman of Tilde restaurant said: “The Chinese girl is terrific. Watched her making panocha starting from harvesting cane.”

She does epitomize “doing from scratch,” whether it is cooking, weaving a silk cloth from silkworm cocoons, planting common ingredients like ginger and corn and sugarcane.

The only difficulty is, there is no subtitle to tell you what she has put into her cooking. But since we are familiar with Chinese food and ingredients, we can follow. And the food she prepares makes me so hungry, I wish I can also be there to share her dishes.

Her latest post is on what she does with pork including the innards. (Maybe she hasn’t heard of swine fever in China.) Her cleaning of the intestines with a stick reminded me of my father-in-law who slaughtered, cleaned and roasted a pig in one afternoon.

The intestines she made into sausages. The liver she stuffed with duck eggs. Then she smoked both, using aromatic peels of oranges and pomelo.

Li cooked meat parts like humba which made me salivate throughout the process. She cooked my favorite winter dish of steamed rice with sausages on top.

In perhaps the only interview she has granted, Li said she wanted to teach younger generations where their food comes from, that rice doesn’t come from trees as some of them think.

Of course, farming is difficult even if she makes it seem easy. And she makes it quite romantic for us city dwellers who wish we can escape city life and its smoke, traffic and busy schedules.

Watching her, we can at least “pause and smell the flowers,” even if only in our minds, look at her serene, satisfied face as she dines with grandma on a complete menu done from scratch, gaze on the big, full August moon, then wake up the next day to harvest fruits and vegetables in the garden and breathe in the clean cool air of the mountains.

We hope we’ll be able to produce a Filipino Li Ziqi who doesn’t speak but lets her hands do the work and her feet do the walking and threshing.