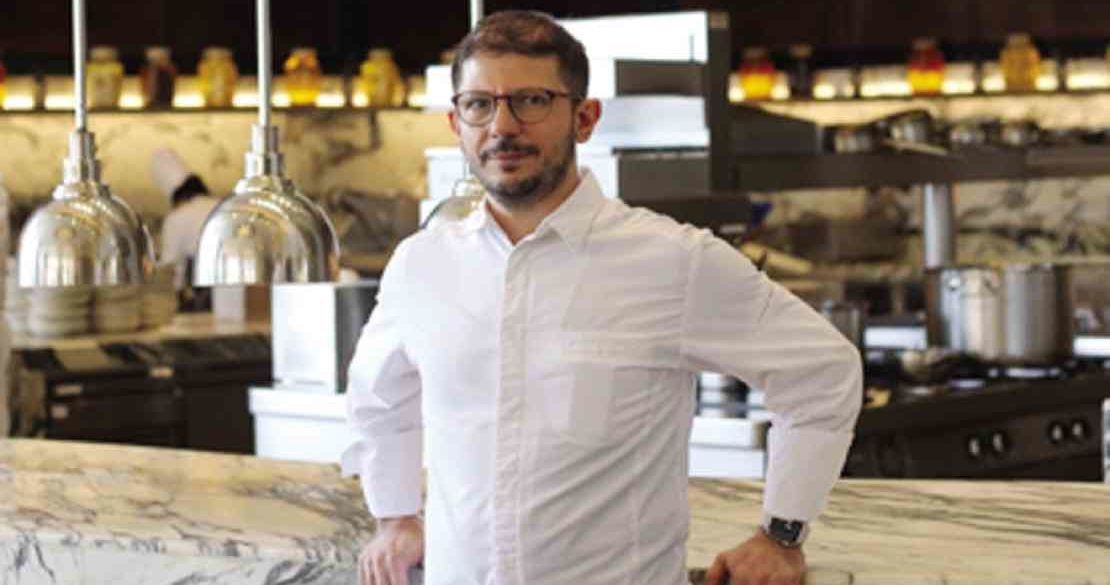 At a lunch at Finestra in Solaire in mid-December, chef Andrea Spagoni opened with a dish called Short Rib Tataki, a spin on one of his most in-demand dishes at Beefbar in Hong Kong, which earned its first Michelin star in 2019.

The mild tartness of the yuzu ponzu sauce was a counterpoint to the smoky notes of the beef’s charred ends. The dish is simply called Kobe Tataki at Beefbar, where Spagoni is executive chef—though it’s “not a proper tataki,” he was quick to clarify.

Tataki in Japanese cooking means quickly searing the meat on the outside while keeping the inside raw.

Spagoni’s take, however, is cooked through—slow-cooked, then seared—its name a mere simplification, he explained. The dish is a nod to his early years spent at the Nobu brands.

The lunch was a preview of what Spagoni will cook at Finestra Feb. 5-8, for the restaurant’s third installment of its Culinary Masters series.

The tasting menu will feature signature dishes from Beefbar.

“By bringing in renowned and internationally decorated chefs from all parts of the globe, Solaire gets to share the thought and taste process behind some of the best gastronomic creations that have received praise and recognition, while widening the culinary horizons of our patrons,” said Knut Becker, Solaire’s vice president for food and beverage, in a prepared statement.

A resident of Hong Kong for nine years now, the Italian-born Spagoni studied culinary in Turin and went on to work all over Italy, then in London, at Harrods and a couple of Nobu brands, and in New York.

Pier Bussetti in Govone, Italy, earned its first Michelin star in 2010 when Spagoni was executive chef and coowner.

The concept of Beefbar, a global chain that started in Monte Carlo in Monaco, quite simply is that of an upscale steakhouse, and its chef’s expertise in cooking the fine meats that Spagoni wants Manila diners to experience.

For the February tasting menu (inclusive of wine pairing), he will serve US Black Angus and Crossbred Australian Wagyu beefs.

It’s not a Valentine-theme menu, for sure—Spagoni doesn’t believe in aphrodisiacs —but it might as well be Valentine’s for meat lovers.