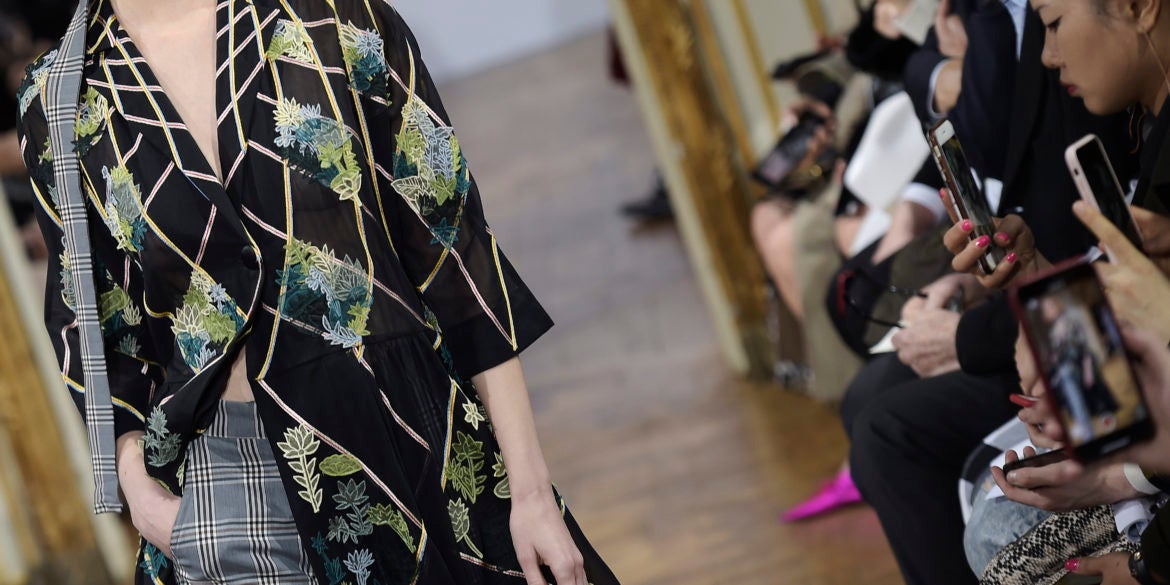 A model presents a creation by Rahul Mishra during the Fall-Winter 2019/2020 Ready-to-Wear collection fashion show in Paris, on March 2, 2019. (Photo by Lucas BARIOULET / AFP)

Rahul Mishra and Imane Ayissi will make history Thursday by becoming the first Indian and black African designers to show their clothes on the elite Paris haute couture catwalk.

Only a little more than a dozen of the world’s most prestigious luxury labels — including Dior, Chanel and Givenchy — have a right to call their clothes haute couture.

All the clothes must be handmade and go on to sell for tens of thousands of euros (dollars) to some of the richest and most famous women in the world.

Both Mishra, 40, and Cameroon-born Ayissi, 51, are champions of traditional fabrics and techniques from their homelands and are famous for their clean classy lines which eschew kitsch.

Ayissi refuses to use wax prints popular in West Africa which he dismisses as “colonial”.

Dutch mills flooded Africa with cotton printed with colourful patterns borrowed from Indonesian batik in the 19th century, and still dominate the market.

“When we talk about African fashion it’s always wax, which is a real pity,” he told AFP, “because its killing our own African heritage.”

Mishra broke through on the Paris ready-to-wear scene after winning the International Woolmark Prize in 2014, the top award that also launched the careers of such greats as Karl Lagerfeld and Yves Saint Laurent.

The purity of his often white creations with their subtle and detailed embroidery has won him many fans including Vogue’s legendary critic Suzy Menkes, who has called him an Indian “national treasure”.

He has won ethical and sustainability awards for his work supporting local crafts people in rural India.

“My objective is to create jobs which help people in their own villages, I take work to them rather than calling them to work for me,” Mishra said.

“If villages are stronger you will have a stronger country, a stronger nation, and a stronger world,” he added.

Both men have been made guest haute couture members alongside top labels like Iris Van Herpen and Ralph & Russo whose creations often appear on red carpets.

Haute couture shows only take place in Paris and the criteria to enter and remain in fashion’s elite club are strictly enforced by French law.

Ayissi, a former dancer who worked with singers such as Sting and Seal, told AFP that he wanted to open up “a new path for Africa” and find an “alternative way of doing luxury fashion”.

He has gone back to using prestigious local materials, like the strip fabric kente woven by the Akan people of Ghana and the Ivory Coast, which was originally worn only by nobles.

He has also used obom, the bark of a tropical tree, to decorate some of his spectacular evening dresses to demonstrate the depth of indigenous African know-how.

The son of an undefeated African boxing champ and a former Miss Cameroon, he also uses appliqued techniques inspired by Abomey tapestries from Benin and colonial era Asafo warrior flags from Ghana.

Cover image: A model presents a creation by Rahul Mishra during the Fall-Winter 2019/2020 Ready-to-Wear collection fashion show in Paris, on March 2, 2019. (Photo by Lucas BARIOULET / AFP)