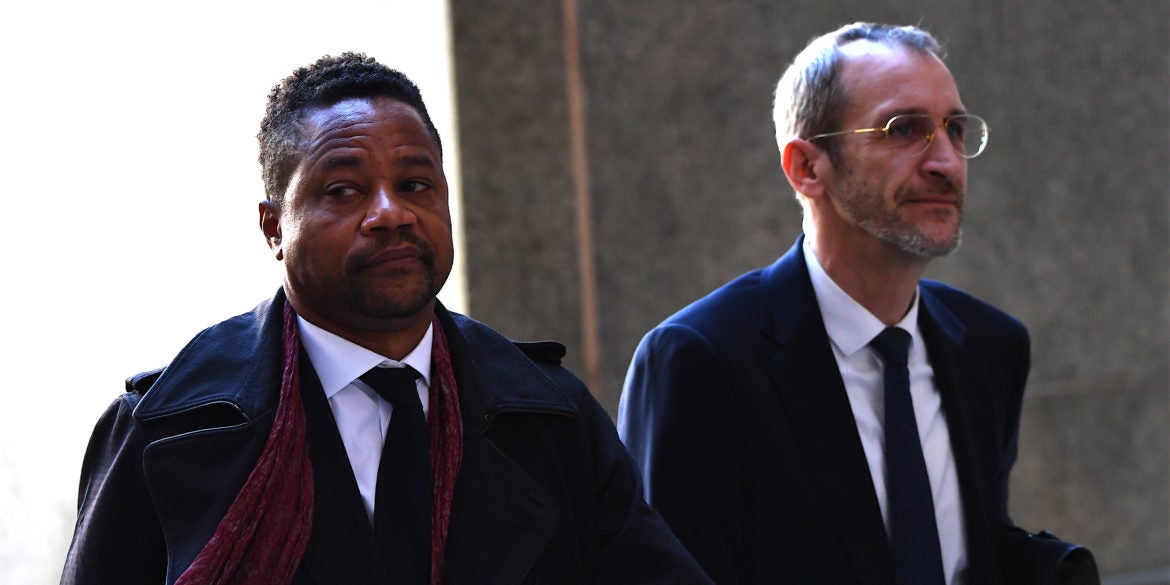 US actor Cuba Gooding Jr. arrives at the Manhattan Criminal Court, on January 22, 2020 in New York City. - Oscar-winning actor Cuba Gooding Jr is facing trial over accusations he groped a woman in New York. Gooding, 51, was originally charged with forcible touching, a crime that can come with a sentence of up to a year in prison if convicted.A judge is expected to decide if additional women can take the witness stand in the actor's trial. (Photo by Johannes EISELE / AFP)

The 52 year old actor is accused of inappropriately touching one of the women in a restaurant in Manhattan in September 2018.

He is also accused of pinching a second woman’s buttocks at a nightclub the next month and of grabbing another woman’s breast without her consent at a New York bar in June 2019.

Gooding, who won the Oscar for best supporting actor in 1997 for the American football movie “Jerry Maguire,” has pleaded not guilty to six charges against him, with the three main ones each carrying the potential for one year in prison.

Judge Curtis Farber of the New York Supreme Court also ruled on Wednesday that the prosecution could call two other women as witnesses during the trial.

They claim they are also victims of Gooding, though their accusations are not the subjects of criminal proceedings.

Farber, however, ruled against allowing 17 other women whom Manhattan prosecutor Cyrus Vance had also wanted to call to testify in order to avoid “undue prejudice” against Gooding.

The actor is also known for the 1991 film “Boyz n the Hood” and for playing OJ Simpson in the 2016 miniseries “American Crime Story.”

Gooding’s trial will mark the third high-profile case to come out of the #MeToo movement to move to the courts this year, in addition to film mogul Harvey Weinstein’s ongoing trial in New York and R&B star R. Kelly’s trial in Chicago, which is also set for April.