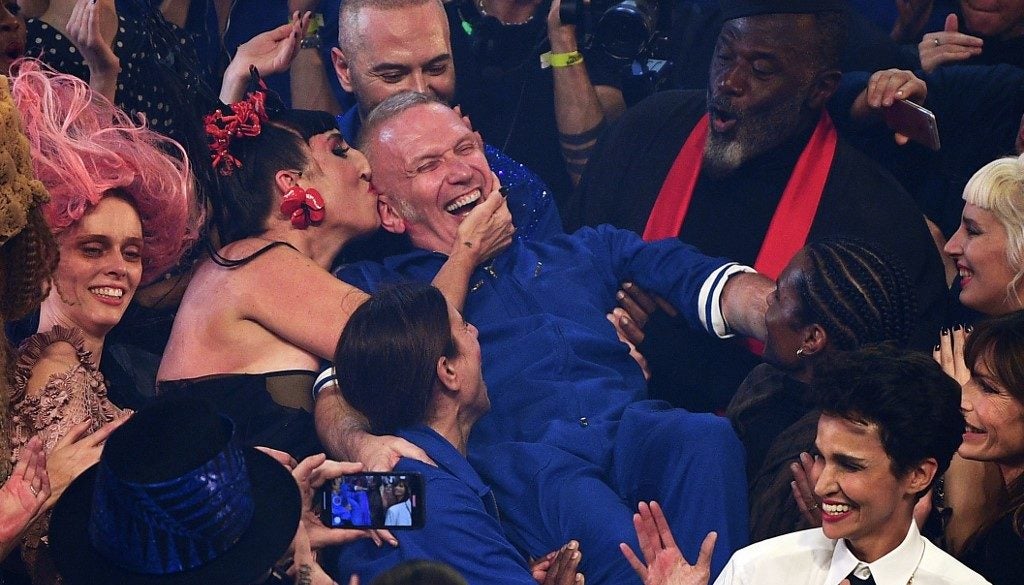 French designer Jean Paul Gaultier (C) is kissed by Spanish actress Rossy de Palma (L) as he celebrates with models at the end of his Women's Spring-Summer 2020 Haute Couture collection fashion show in Paris, on January 22, 2020. - Legendary French designer Jean-Paul Gaultier is set to retire from fashion after a typically spectacular show in Paris on January 22, 2020. The maverick creator stunned fans on January 17, by announcing that the haute couture show in a theatre in the French capital would be his last. (Photo by Anne-Christine POUJOULAT / AFP)

No one expected a French exit when Parisienne Jean Paul Gaultier, the man who created Madonna’s iconic cone bra, announced his retirement. His final haute couture show was a circus to showcase a 50-year career. His final walk was a triumphant and rebellious march to self-retirement.

Gaultier lived by his own rules, so it’s no surprise he ends his career on his own terms. 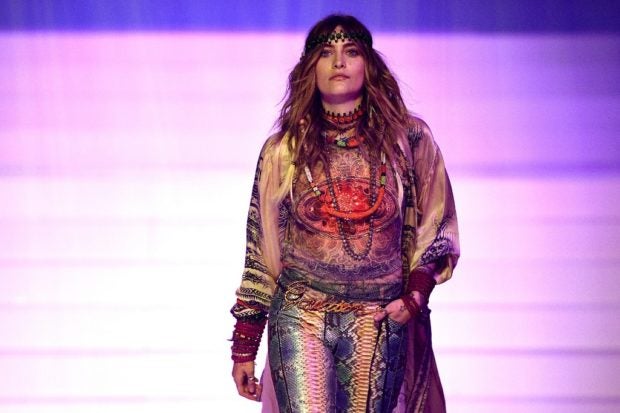 Gaultier may be pursuing a comparatively quiet life from now on but his influence will continue. The Jean-Paul Gaultier brand will still continue without the designer.

Gaultier shows off how he’s a master of fashion’s life cycle. His farewell show is Paris Jackson’s first runway gig.

How do you look back on a career that’s lasted 50 years? Gaultier did it via a dizzying array of 250 looks. All of which showed off what he mastered through the decades like over-the-top gowns and campy looks. Business of Fashion describes it succinctly: “There were all the familiar themes — from androgyny to corsetry, from sailor stripes to tattoos, from slashed tailoring to sex. In fact, archive pieces were repurposed to create new fashions. ‘Upcycled couture,’ Gaultier called it, using the moment to remind the ever-forgetful fashion world that he was there first.”

#4 Putting on a show

It’s not enough that you send fashion’s biggest names down the runway. You have to put the “show” in “fashion show.” Start with ditching the usual haute couture venue for an actual theater: Theatre du Châtelet. Gaultier championed making fashion more accessible and constantly broke down its elitist leanings.

Follow it up with some tricks: Open with a model in a coffin, simulating a funeral for your opening looks. Have Amanda Lear traverse the runway via being carried by two male models. Let Catherine Ringer of Les Rita Mitsouko sing as models in sailor stripes walked on by. Make Miss France Miss France Iris Mittenaere walk in a dress version of the French flag. You know, just casual things from fashion’s enfant terrible.

Of course, a show like this must end with a big bang. For the finale, Boy George, decked in something only he can wear and look amazing,  sang “Church of the Poison Mind.” It’s a fitting metaphor to Gaultier’s body of work which always about the irreverent.