Five things to watch for at the Grammys | Lifestyle.INQ ❮ ❯ 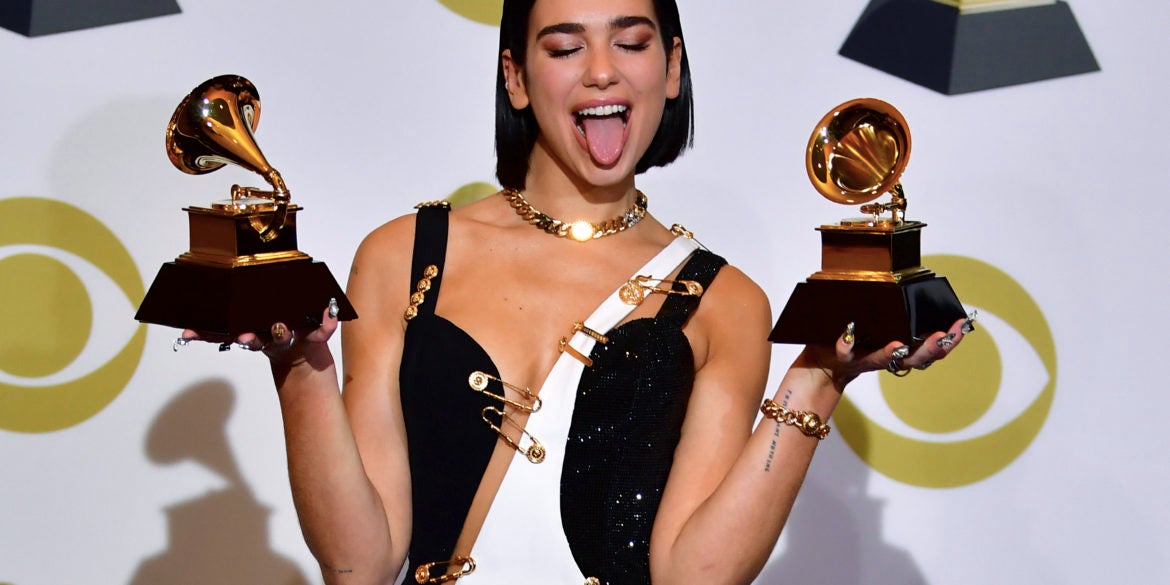 Five things to watch for at the Grammys

Music’s glitterati will sparkle on the red carpet at this Sunday’s Grammy awards, which honors the top hits and artists of the year.

Scandal at the Recording Academy, which puts on the show, has overwhelmed the lead-up to the glam event, but there are still plenty of musical moments to watch for.

Here is our quick guide to the event, which will take place at the Staples Center in Los Angeles:

Women dominated at last year’s gala and are leading the pack this year as well, with the twerking flautist Lizzo and the teenage goth-pop phenomenon Billie Eilish expected to battle for the top awards.

The Academy has long come under fire for failing to recognize women and people of color.

So in recent years, it expanded the nominee field from five to eight in the major four categories: Album of the Year, Song of the Year, Record of the Year and Best New Artist.

Both Lizzo and Eilish are nominated for all of the “big four” prizes.

Other female frontrunners vying for Grammys gold include Lana Del Rey — whose 2019 album was considered by many critics as the best of the year — and R&B prodigy H.E.R., who is up for five awards and last year won two.

Pop sensation Ariana Grande is also among the top nominees, while flamenco revivalist Rosalia, up for Best New Artist, could become a rare Spanish-language winner in the general categories.

Lizzo, Eilish and Lil Nas X are the top three contenders of the night with a combined age of 69 — a figure once closer to the average age of just one veteran star that would dominate the night.

The generational shift could mark a new era for the Recording Academy, which has long favored older pop and rock mainstays.

Eilish, who first gained fame online, was just 17 when the nominations were announced, making her the youngest artist ever to be up for all four top Grammy awards.

Her songwriting partner and brother Finneas, 22, meanwhile has five chances at Grammys glory.

Fans are expecting a rager of a performance from Lizzo, who routinely slings back tequila from the bottle onstage.

Fashion watchers will also be on red alert for the boisterous star’s latest ensemble — she donned a fluffy, hot pink Marc Jacobs jacket to this year’s Met Gala, which she proudly wore as she strutted through a New York airport the morning after.

Lil Nas X, the brain behind the year’s ubiquitous earworm “Old Town Road,” will take the stage to perform a pumped-up rendition of his country-trap smash.

His Grammy co-nominee for Record of the Year, Billy Ray Cyrus — who lent the song country-world street cred when Nashville snubbed it — will join him on stage, as will the eclectic DJ Diplo and K-pop mega stars BTS.

The video-sharing app TikTok propelled the young rapper to fame — his song went viral and ultimately broke the record for the longest stretch atop the Billboard hot songs chart at 19 weeks.

The genre-bending mega-hit was removed from Billboard’s country music charts early last year — which critics alleged was industry white-washing as the artist is black.

Lil Nas X is bound to impress on the red carpet; the rapper is known for his campy Western outfits complete with fringe, vests or hats in garish colors.

Two artists who faced major legal troubles in 2019 — Meek Mill and 21 Savage — are up for Best Rap Album.

Mill ended his controversial legal saga in August after pleading guilty to a misdemeanor gun charge dating back more than a decade — a move that lifted the probation he dealt with for most of his adult life.

The plea deal, which saw additional charges against Mill dropped, resolved a case that had become a flashpoint in the national debate over the US criminal justice system’s treatment of black people.

21 Savage was meanwhile arrested just before last year’s Grammys gala in his hometown Atlanta, with US immigration agents saying he had been living stateside illegally since overstaying a visa that expired in 2006, when he was a minor.

The shock arrest surprised fans, who discovered the rapper — strongly associated with the southern capital of hip-hop — was in fact born in Britain.

Mill — along with artists including DJ Khaled, John Legend and Roddy Ricch — will perform a tribute to the late rapper Nipsey Hussle, who is posthumously up for three awards after losing out on Best Rap Album to Cardi B in 2019.

The Eritrean-American born Ermias Asghedom was shot dead last March at age 33 in broad daylight, triggering an outpouring of grief in Los Angeles and among Hussle’s superstar peers, who hailed both his musical talents and tireless community organizing.

Both Legend and Khaled are up for a Grammy with Hussle for “Higher,” a collaboration released after the rapper’s death.

Long part of the underground rap circuit, Hussle struggled to find fame but began selling his own mixtapes.