Here are five coming concerts this February and March—all worth your time and money:

An offshoot of the musical “Ang Huling El Bimbo”—which featured Eraserheads songs as backdrop to the story of four friends looking back at their life as college students—“A Night at the Theater” puts Eraserheads frontman Ely Buendia on center stage performing live concert-style with a band, and then slipping into a character as scenes from “Huling El Bimbo” are reenacted.

Contemporary jazz artist Brian Simpson is a keyboardist, composer and producer who has toured with the likes of George Duke, Stanley Clarke, Larry Carlton, Billy Cobham, and Gerald Albright.

Jackiem Joyner was 21 when he played saxophone for keyboardist Marcus Johnson from 2001-2004.

In 2010, Mayor Stephanie Miner of Syracuse gave Joyner the symbolic keys to the city for outstanding achievement in Music along with the proclamation of August 5, 2010 as Jackiem Joyner Day.

Joyner goes on tour as a solo performer and as member of The Sax Pack with fellow saxophonists Jeff Kashiwa and Steve Cole.

Simpson performed live with an all-Filipino band last September at Strumm’s, and we found him a joy to watch. This new show with Joyner should be interesting.

It’s hard to imagine that German heavy metal band Scorpions has been around since 1965, but what’s great is that the group is equally adept in hard rock and power ballads (popularly called “slow rock” in the Philippines). 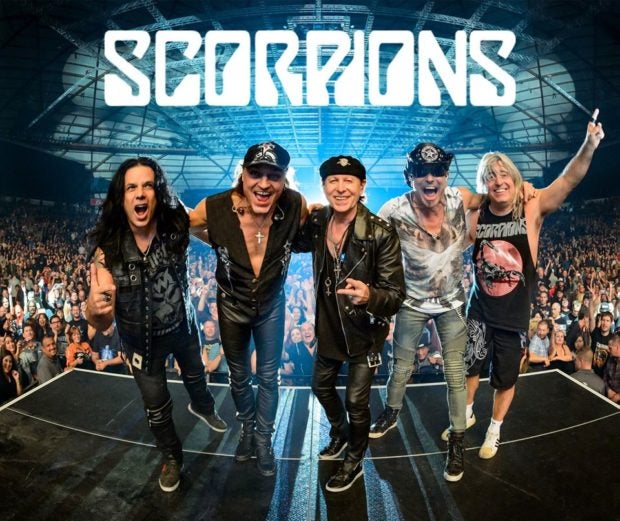 Back in college in the early ’80s, schoolmate Sunil Mansukhani would take us to his house where he’d play the Scorpions album “Blackout,” which Rolling Stone ranked 73 on its list of The 100 Greatest Metal Albums of All Time.

British-French band Stereolab stands out for its innovative way of incorporating weird sound effects into its music, which in itself is a wonderful mix of various genres such as funk, jazz, Brazilian, ’60s pop and more. It’s one of the few bands we can enjoy listening to at any time of day, even at 3 a.m.

American band Green Day is credited for leading the punk rock revival worldwide in the ’90s with its album “Dookie,” which Rolling Stone ranked 193 on its list of The 500 Greatest Albums of All Time.