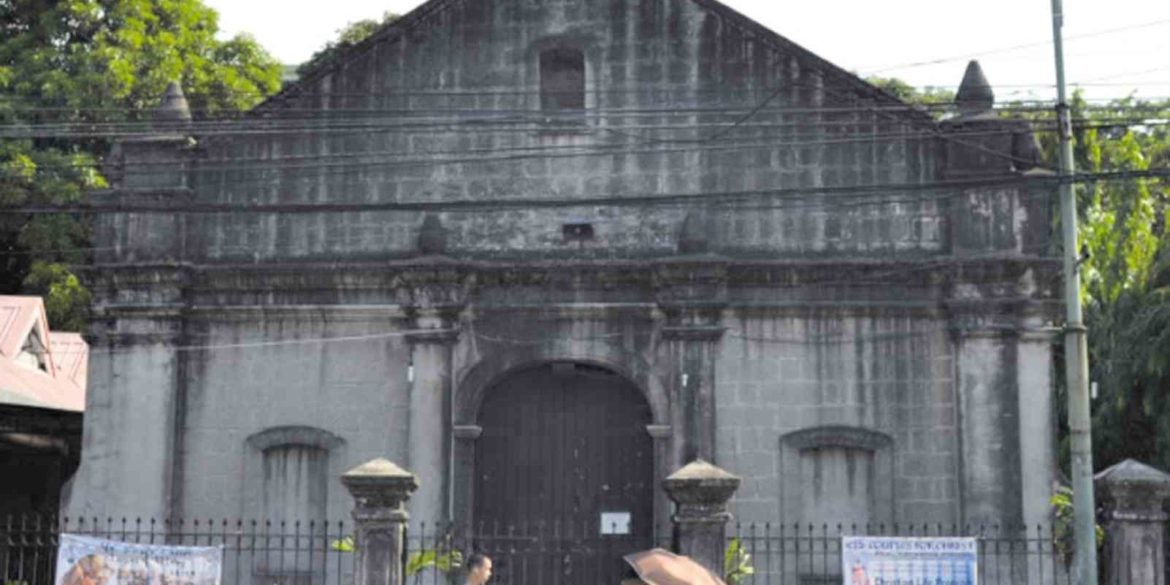 In one of the first galleries of the Chinatown Museum at Megaworld’s Lucky Chinatown Mall in Manila is a computerized image of an elaborate Chinese pagoda used by the Chinese Catholic faithful in Binondo in honoring the Augustinian saint San Nicolas Tolentino.

Interestingly, the festivity was not being held in Binondo but at an ermita (hermitage or small chapel) located upstream of the Pasig River in what is now West Rembo in Makati, and later in the GuadalupeMonastery with a church dedicated to the Nuestra Señora de Gracia in Guadalupe.

Jaime Laya in his book, “Letras y Figuras,” notes the celebrations were being done every November with fortnight-long celebrations and evening fluvial processions.

The processions had a “multistory royal castle escorted by bancas, fireworks and raucous festivities, and illuminated with fat red candles offered in honor of San Nicolas de Tolentino.”

It is also certain that there were also celebrations during the feast day of San Nicolas Tolentinio every Sept. 10.

In oral tradition, the devotion to San Nicolas allegedly started when a Chinese infidel on board his boat in the Pasig River was saved from a cayman after invoking the help of the saint.

Another account reports that the Chinese would invoke the help of the saint whenever they were in their champan (boat) and having spared from the danger of the waters, they started the devotion to San Nicolas which they first observed from the natives.

Today, a barangay of Mandaluyong across the river is called Buayang Bato.

The celebrations at the ermita which was constructed in the late 17th-century and was then under the care of the Guadalupe Monastery with a church was festive but excesses such as gambling and drunkenness which led to brawls were noted in the late 18th century. The care of ermita was transferred to the San Pedro Macati parish following a lengthy territorial dispute between the curate of Pasig and the monastery of Guadalupe.

Due to the excesses of the celebration, the Manila Archdiocese decided to transfer the celebrations to the Guadalupe Monastery and ordered to ermita to be demolished.

But it seemed that the ermita was not demolished but was just “unroofed” and its “rediscovery” in the early 1990s led to its multisectoral restoration led by architects Cristina Turalba and Ramon Zaragoza.

The Guadalupe celebrations likewise started with a fluvial procession. Devotees, who each carry the estampa of San Nicolas, then formed an “expressive religious procession,” according to an account by the Augustinian Fr. Manuel Buzeta in the 19th century, from the river up to the monastery through the flight of stairs connecting the river and the church.

The festivities most likely continued until the end of the 19th century when the church burned down in 1898 and 1899.

It was only in 1970 that the Guadalupe Church was restored but the adjacent monastery was not reconstructed based on its Spanish-era look.

Today, the old devotions are gone but at least the structures still survive, serving as testaments to a bygone chapter in Philippine religious history and cultural practices, which could lead to the better understanding of Chinese inculturation during the Spanish period and how they adapted to the local traditions and practices and merged their own to make that distinct “Sinoy” (Sino and Filipino) or “Chinoy” identity.