Clinic has the architecture and interiors of elegant hotel | Lifestyle.INQ ❮ ❯ 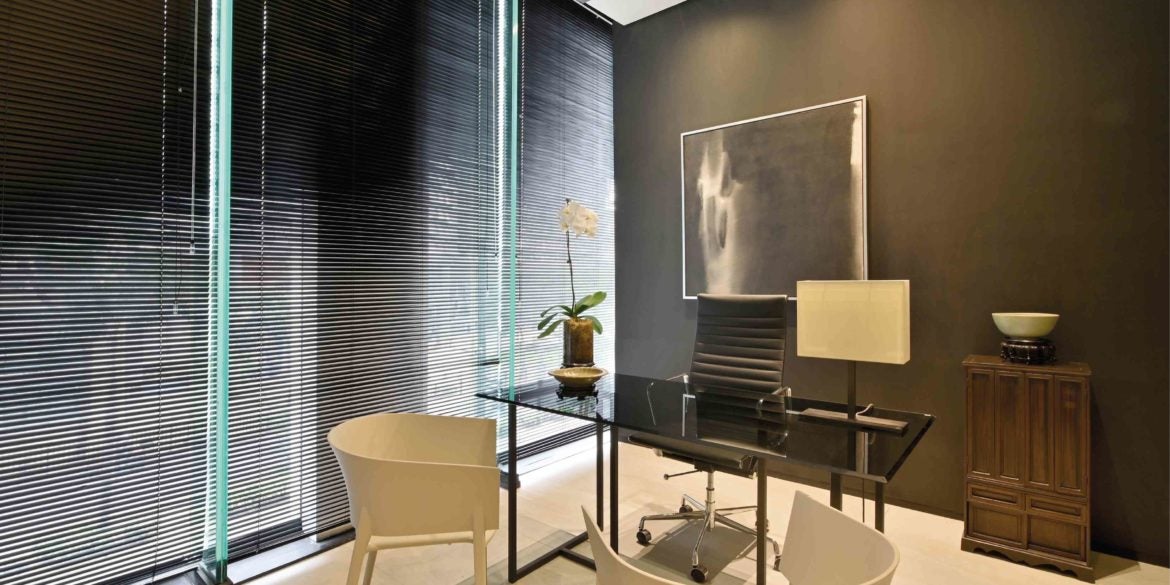 The consultation room is adorned with Gus Albor’s work, an acrylic table and white tub chairs. An antique cabinet with a celadon bowl on top provides contrast.

Clinic has the architecture and interiors of elegant hotel

Hotelier-turned-healthcare entrepreneur Marco Protacio knows that the architecture and interiors of an aesthetic clinic, as in a hotel, has a bearing on guest satisfaction.

He commissioned his longtime friend, architect J. Anton Mendoza, to create the appropriate look and ambience for You + Intelligent Aesthetics, so that clients could feel immediately relaxed and assured of quality service.

Ultherapy is a US Food and Drug Administration-cleared, noninvasive procedure for skin tightening.

The architect chose a soothing, neutral-color scheme, dominated by taupe with black accents, to create elegance and sophistication.

In the reception, the antique stone and granite counter echo the elegant modern hotel lobby. The light bulbs are enclosed in casings, and the lighting lowered to create intimacy.

The ceilings are high, but Mendoza says he “brought them down a bit so that the rooms don’t feel cavernous. It might make people uncomfortable.”

The crisp and well-defined straight lines of the interior architecture, restrained decorations and sleek symmetry are Zen-like, creating a contemporary setting with few simple pieces of furniture and with the brass signages with lettering and numbers that take after American architect Richard Neutra’s streamlined style.

Mendoza wants his signature style of using antique Filipino elements or decor to leave a hint of mystic charm. The hallways are adorned with niches that display the gadur from Lanao del Sur, a brass jar with intricate silver motif inlays used for Maranao wedding gifts, and selloum leaves.

“On your way to the treatment room and on your way out, you see nothing but views that draw the eye into the space,” says Mendoza.

Along the hallway, the light comes from the floor instead of the ceiling, creating the illusion of floating walkway.

The rooms meant for precision work, such as injectibles and other noninvasive procedures that require determining the facial anatomy, use stronger lighting. Massages and body treatments are performed in rooms with lights that can be dimmed.

Respecting the privacy of patients, the rooms are accentuated with dark glass strips, covered with blinds.

The doctor’s clinic is neatly decorated with a mix of a designer office chair, a sleek, black acrylic table, contrasted with plastic white tub chairs and an antique cabinet, topped with an old celadon bowl.

The abstraction by Gus Albor and a series of figurative sketches by Emmanuel Miranda pull the space together.

The CEO’s room is a mix of textures such as a kamagong desk set against an elegant bronze mirror accent wall. Mendoza revives a vintage design—one-inch thick Venetian blinds—modernized in sophisticated black.

“That’s the hotelier in me,” says Protacio.

After studying in the prestigious Les Roches in Switzerland and at Cornell University, he worked in several deluxe hotels in Metro Manila. He was behind the renovation of the interiors of the Waterfront Hotel in Lahug, Cebu, with Mendoza as designer, turning it into a modern contemporary design that became a chill spot for Cebu’s A-listers.

While he was Waterfront general manager, he oversaw the family-owned Protacio Medical Services (PMSI). His family established their namesake Protacio Hospital in Parañaque in 1935, and which became a corporation in 1975. The family’s healthcare business is now run by the third generation.

Protacio is chair and CEO of PMSI which includes the hospital and diagnostics center, a psychology clinic called Progress Center and Progress Child Development for autistic and special-needs children.

“You could say that You + is a spin-off because Protacio Medical Services invested in it,” he explains.

However, Protacio and Dr. Arnel Quiambao, the medical director, formed a separate company that runs You +.

“That said, we’re in the business of beauty and brains,” says Protacio. “We want people to feel good inside out.”

Asked why he put up an aesthetic center in BGC when there are many well-established clinics in the area, Protacio replies: “When you look at my career, I’ve been exposed to beautiful things. I like serving people. We wanted to develop a center where the private practice of the doctor is more important than the brand itself.”

The center’s philosophy is to enable patients to embrace their beauty. “We don’t conform to any beauty standard,” says Quiambao. “The benchmark is the patient. That’s why we don’t use endorsers,” says Quiambao, a specialist in facial cosmetic surgery. Low-key but with good credentials, he has attracted an impressive list of celebrity clients.

“The aim is to make a better version of yourself, thus, the name, You +,” says Protacio.

He points out that interior architecture is one strategy in differentiating You + from other centers.

“We want to open our clinic with the look of success,” he says.

A few months into the business, You + has been getting inquiries for franchises and from leasing officers of malls. “People have been calling us because of the interior architecture. We have yet to establish our medical reputation,” says the executive.

“It’s like a store. Once you get a customer inside through the window display, half of the battle is won,” says Mendoza. “We are projecting the look of success. Many aesthetic clinics look very antiseptic or geared for women. You + is designed to be elegant and gender-neutral. Men will not be intimidated to come inside.”

Quiambao says that the clinic should answer the demand for more noninvasive cosmetic procedures. “Surgery has become the last resort,” he adds.

The tagline, Intelligent Aesthetics, represents the dialogue between the patient and doctor and educating patients with accurate information.

“The intelligent approach to beauty is that if you don’t need it, then we won’t give it,” says Protacio.