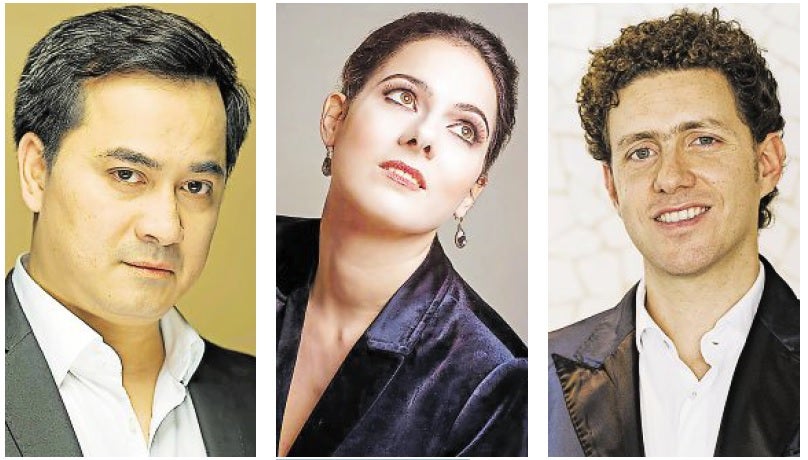 That blockbuster of an opera, “Lucia di Lammermoor” by Gaetano Donizetti, based on a novel by Sir Walter Scott, will be presented at the Cultural Center of the Philippines (CCP) on Jan. 31 and Feb. 2. The opera is one of three famous works by Donizetti, the others being “L’Elisir de Amore” and “Don Pasquale.”

Set in Scotland in the late 16th century, the opera tells the story of Lucia (played by French soprano Melody Louledjian), sister of the scheming Lord Enrico Ashton (Korean baritone Byeong-in Park), and deeply in love with Sir Edgardo (Filipino-American tenor Arthur Espiritu), a political enemy of her brother.

A new regime has come to power in Scotland and Ashton, fearful of losing his land, forces the marriage of Lucia to a man she does not love, Lord Arturo (tenor Ivan Nery). After a lot of misinformation and fake news opera-style, Lucia, thwarted in her dreams, believing Edgardo no longer loves her, goes mad.

In a tragic irony, the composer Donizetti himself fell victim to a “mental disturbance” in Naples in 1844, was committed to an asylum near Paris and died of the disease four years later in his native Bergamo, Italy.

A recent press conference at Hilton Manila in Newport City added to the buzz already swirling around “Lucia di Lammermoor.” The opera is presented by the Rustan’s Group of Companies, Filipinas Opera Society, Foundation Inc. and the Embassy of Italy Manila.

A year to prepare

Lizaso and Travaglini hailed Tantoco for being one of the prime movers in bringing the opera to the Philippines.

“We are very excited to bring ‘Lucia di Lammermoor’ to the Philippines,” said Tantoco, CEO of the Rustan’s Group of Companies. “One of the greatest bel canto roles in all the operas, Lucia is quite challenging to perform. It has been challenging for us to find the best opera singer who would fit the role, and I am so glad we found the right person to take the role.”

She told the media members at her table that it took a year to prepare for the staging of the opera, including completing the cast and the other musical artists involved.

The Jan. 31 gala performance will be at 8 p.m. at the Tanghalang Nicanor Abelardo (CCP Main Theater), and the matinee on Feb. 2 is at 3 p.m.