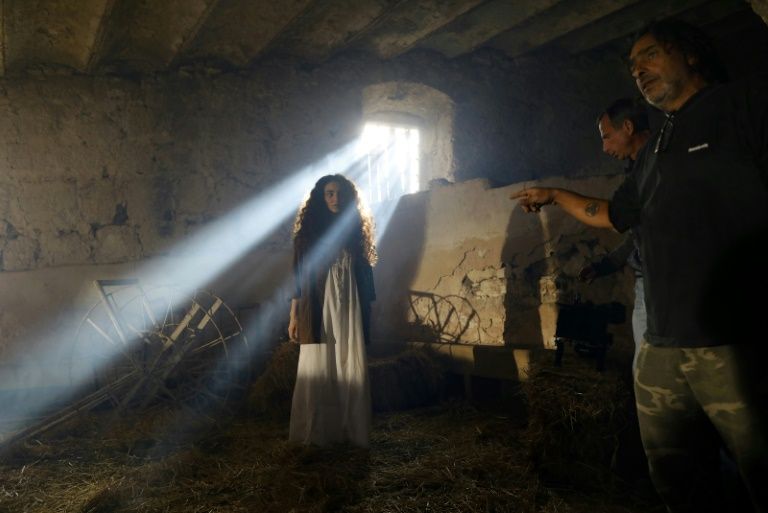 There’s a joke that anyone at a laptop in a Tel Aviv cafe must be writing a TV series, producer Maya Fischer says as Israeli drama becomes a global hit.

Viewers around the world will know hit US shows  “Homeland” and “In Treatment”, but not all will realise they were adapted from Israeli series “Hatufim” and “Betipul” respectively.

Around a decade after the international versions of these series hit the market, Israeli producers are now finding fame abroad with their original, unadulterated works.

“Before we could only think about exporting remakes, but today our dream to sell our series as they are and in their original version has become a reality,” said Fischer, from Israeli firm Green Productions.

“Your Honor”, about a judge, and “On the Spectrum”, which follows three flatmates with autism, won the top prize at France’s Series Mania festival in 2017 and 2018 respectively.

Across the Atlantic, “Hatufim” and “Fauda” made it onto a New York Times ranking of the best foreign series of the past decade available to American audiences.

Israel’s first Arabic-Hebrew television series, “Fauda” became a global hit after being bought by Netflix in 2016.

The thriller, about an Israeli undercover unit targeting militants from the Islamist movement Hamas in Gaza, is based on the experience of the show’s two scriptwriters.

Lior Raz was part of such a unit, while Avi Issacharoff is a journalist who has focused for years on the Palestinian territories.

Jerome Bourdon, a media and television specialist at Tel Aviv University, said audiences are receptive to stories about the Israeli-Palestinian conflict because they have already seen the reality on the news.

“Today, Israel-Palestine, Jews-Arabs, these are the local subjects which have universal reach and Israeli original production benefits from it,” he said.

Bourdon also pointed to the success of the Netflix series “Shtisel”, about the ultra-Orthodox community in Jerusalem.

“There’s a real curiosity regarding Jewish (people), for that closed religious community,” he said.

Karni Ziv, head of fiction at Israeli broadcaster Keshet, said the best series portray “the most local and personal stories”.

“Israel, where reality sometimes surpasses fiction, is an endless source of inspiration,” she added.

Divisions between religious and secular people, immigration, PTSD linked to obligatory military service and wars, and political chaos are but a few topics Ziv said can be addressed on screen.

“What matters is the authenticity of the story that allows anyone, Israeli or not, to identify, to connect emotionally to the story,” said Ziv.

One controversial Israeli series is HBO’s “Our Boys”, which is based on the murder of a 16-year-old Palestinian boy after the abduction and killing of three Israeli teenagers by Hamas.

“It exposes the viewers to the local culture… that’s why it was so important for us that ‘Our Boys’ would be shot in Hebrew,” said Levi of the show which also has Arabic dialogue.

While US television networks including HBO have picked up Israeli shows, the rise of online platforms such as Netflix and Apple has shaken up the market and sparked competition and creativity in Israel.

But budgets remain small in the Mediterranean country, with around half the cash a US series would get, according to producer and former Keshet chief Ouri Shenar.

“We have a mentality of getting by, we do everything at the same time, with a limited number of people and a great talent for improvising, like in the start-ups,” he added.

Despite their success, most drama creators are still having to work a second job — they are “the lucky ones in a cinema school” to break even, said Daphna Levin, one of the “Betipul” scriptwriters.

She has a side gig in advertising and is busy writing a new series about a single mother-of-three in her fifties, trying to make a living as a writer.

“The not-so-sexy  character of ‘Fifties’ looks a lot like me”, she says, sarcastically.

The Israeli market is still “not affected by political correctness” in terms of the subject choice, said Levine.

The industry remains “dominated by the Israeli chutzpah”, a mix of bluntness or audacity, she added.