To each his own ‘lugaw’—spicy, with ‘sotanghon’ or vegetarian | Inquirer Lifestyle 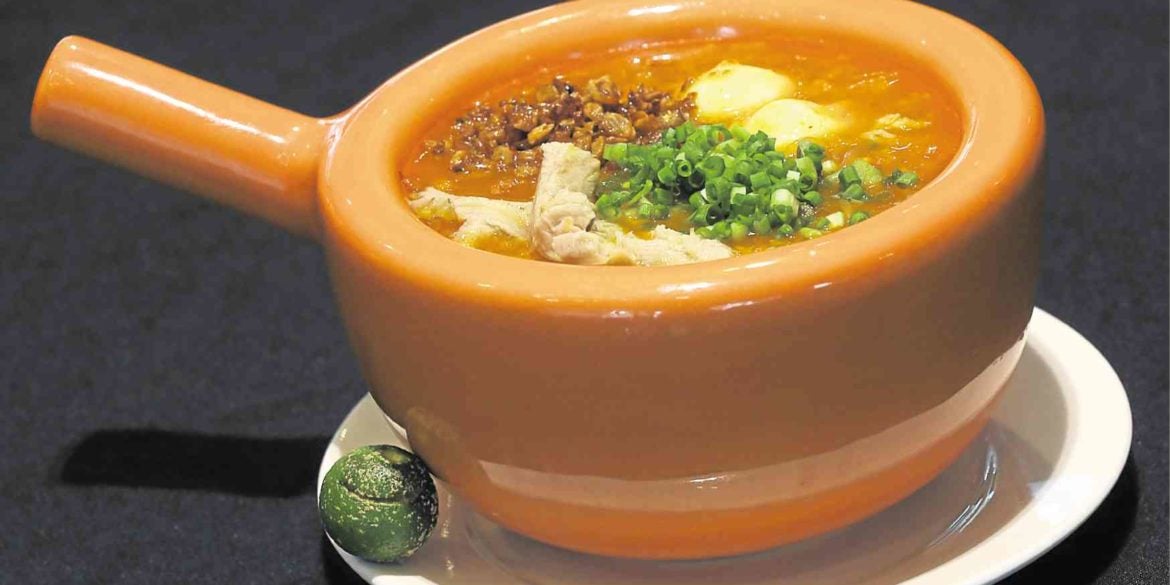 To each his own ‘lugaw’—spicy, with ‘sotanghon’ or vegetarian

His team had acquired Lugawan Island and rebranded it into JTG Lugawan Republic.

There are three branches in Metro Manila for hungry and tipsy diners. Lugawan Republic on Scout Rallos, Quezon City, and BF Homes, Parañaque City, are both located beside the Filipino restaurant Iago’s (also managed by Salomon and Eva Bronce), serving as a 24/7 after-party stopover.

“Iago’s Restaurant near Tomas Morato was a refurbished house, and Lugawan Republic used to be the garage,” Salomon said.

The menu is straightforward.

Clean-tasting lugaw is the base for the hot items served in a customized tabo-like ceramic bowl that keeps the food warm.

Goto Hell is a spicy lugaw so potent that rap artist Francis Magalona once raved about it on TV.

There’s a Create UR Own Lugaw menu if one feels like tossing a smorgasbord of pork floss, quail eggs, or even pork adobo for an overloaded lugaw.

“Lugawan Republic has hosted many lugaw parties,” Salomon said. “It is budget-friendly, but most of the time, guests like the unique idea of serving simple but delectable dishes without the hassle of preparation.”

“Aleta” has become synonymous with thinly sliced flavorful pork chicharon fried to a crisp—like bacon but better. It’s being offered in other restaurants but Lugawan Republic came up with it.

“Aleta is actually the name of our meat supplier,” Salomon said.

One dessert is called Da Best Leche Flan, and it’s pretty good, so are the Halo-Halo ni Chuch and Maiz Con Hielo with cornflakes. Brewed coffee is not on the menu but can be ordered from Iago’s.

Lugaw Party packages can be customized according to the number of guests and food preferences, Salomon said.

The quaint Scout Rallos branch has capiz windows with barandilla details and Machuca tile floor ideal for laid-back gatherings. There are function rooms.