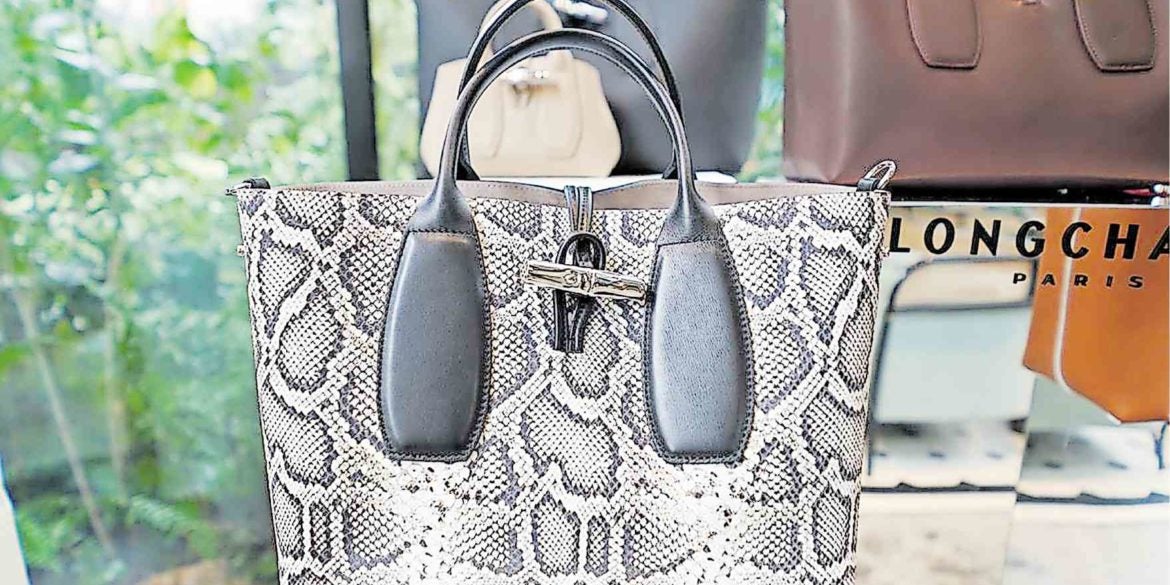 The new collection from Longchamp features updates on popular styles

It’s as tiny as a change purse and can probably only fit a tube of lipstick, credit card and cell phone, but the nano bag is still making waves on this season’s runways and red carpets.

Their rise in popularity can be traced back to five years ago, but playing with size, volume and proportion has long been one of fashion’s games.

Designer Jacquemus sent models out with his minuscule purses, umbrella-wide woven hats perched on their heads.

This season, nano bags in stamped croc or plain leather showed up in the hands or coiled around the wrists of models at Longchamp’s Spring-Summer 2020 collection. Artistic director Sophie Delafontaine’s collection shown in New York last September likewise focused on one of the brand’s most emblematic bags, the Roseau.

Named for its reed-like toggle enclosure that now comes in high-shine chrome, the Roseau rocks a more contemporary vibe compared to its original look in the 1990s: The straps are sturdier (they used to be thinner) and the Longchamp insignia that was front and center has been concealed, allowing the scaled-up, oversized toggle to shine.

This season, the Roseau comes in several bag styles and sizes, including a drawstring bucket, an open tote, and a top-handle day bag. It’s available in a number of finishes or materials, namely nylon, patent leather, calfskin and printed snake.

Also in the new collection is the Mademoiselle range with perforated leather outside pocket and strap. Unlike its earlier iteration as an envelope clutch that can double as a sleek evening bag, the new Mademoiselle has a more utilitarian appeal.

Le Pliage, the brand’s most popular range, has been reimagined this season in clear plastic or opaque nylon printed with a repeating “Longchamp” pattern. The larger tote can be used as an overnight bag while the smaller, see-through one will get you through baggage inspection in a jiff.

When the Longchamp store here recently displayed pieces from the new collection, one of the first to go was an orange nano bag. The shopper came in, knew what she wanted, and headed straight for the tiny purse.