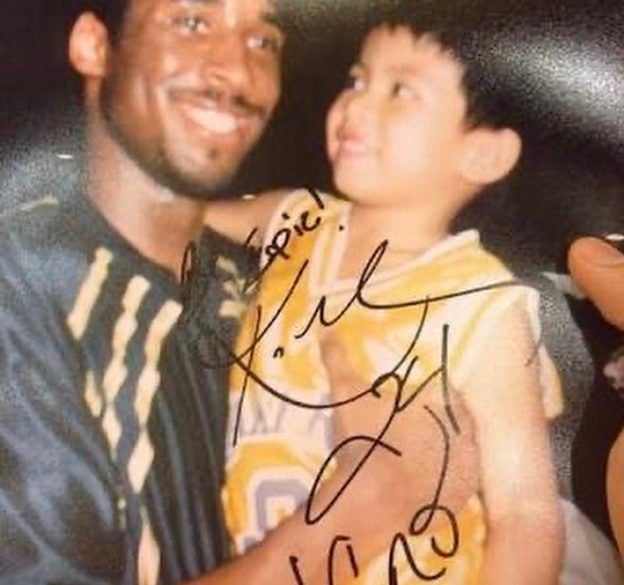 The death of basketball superstar Kobe Bryant, his daughter Gianna and their seven companions when the helicopter they were riding crashed in Calabasas, California, last Sunday (Jan. 26) came as a shock to his millions of fans. Tributes, both real and virtual, began pouring in almost immediately. Among some Filipinos, the tragic news brought back memories of their encounters with him on his visits here, no matter how brief. Bryant visited the Philippines seven times, the first in August 1998, two years after he was drafted in the NBA. His last visit was in June 2016, just months after retiring from the NBA. In the country, where some consider basketball a religion and Bryant a god among men, the online tributes were true and heartfelt.

Basketball star Kiefer Ravena (@kieferravena) was one of the most affected. On Monday, he posted photos of himself as a young boy being carried by Bryant, and another one of himself, now an adult, in a huddle with Bryant and other basketball players.“The world lost a great one,” Ravena wrote in his Instagram post. “You inspired so many kids to appreciate and love the game in ways you couldn’t imagine. You gave me inspiration on how to believe in the work you put in. Not to stop and always try to find an edge. You were a real one, Mamba.”

Actor Gerald Anderson (@andersongeraldjr) said that he spent time “studying (Bryant) every day and watching every video I can find about (him), reading (his) book over and over again to see what else I can learn from (him). Pushing myself through injuries because that’s what Kobe would do. People call me crazy because instead of resting I would be training or practicing but I would think, ‘What would Kobe do?’ I lost a hero today as so many else have but the Mamba will always live on.”

Jinkee Pacquiao (@jinkeepacquiao) posted a collage of four photos showing her husband Senator Manny Pacquiao posing with Bryant at three different events. She captioned it with four broken heart emojis and the hashtags “rest in peace,” “Kobe” and “Mamba.”

A former hotelier who requested anonymity recalled meeting Bryant when the visiting basketball player was still in his late teens.

“He was traveling with his mother at the time but what really struck me was how devoted she was to him, how caring,” the hotelier said. Even at an early age, Bryant had a charisma that was difficult to ignore.

On Wednesday, Ravena announced in an IG post that he would be changing his jersey number from 15 to 24 (Bryant’s number) as “a salute to a legacy that I will forever treasure.” The accompanying pic was of a treasured pair of hot pink trainers, the neon green swooshes autographed by Bryant with the words “Be epic.”