Is it a terno—or is it terno-inspired? | Inquirer Lifestyle ❮ ❯ 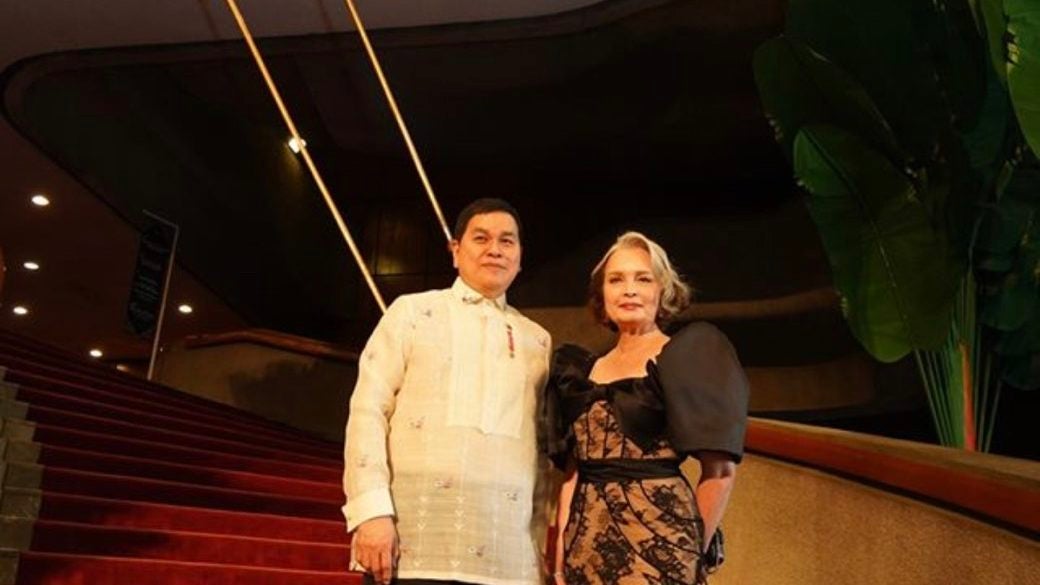 At least, there’s still a world outside of politics, war and disease.

That was why amid the seismic activities last week, people packed the Cultural Center of the Philippines (CCP) last Sunday, dressed in their best designer terno and barong for the TernoCon 2020.

For a while there, as news of potential Taal volcanic eruptions cast a pall of gloom and uncertainty on much of the country, some thought TernoCon mover, Bench founder and retail visionary Ben Chan would postpone TernoCon, now on its second year. But he didn’t, and not only did TernoCon push through, he also opened the event to donations to Taal relief efforts and himself donated P1 million that night, apart from shouldering the full cost of this project with CCP.

I believe that Ben Chan or Bench has been the single biggest, consistent patron of Philippine fashion the past few years. Bench is the only brand in the Philippines, as far as we know, that holds or sponsors fashion events every year, from the Red Charity Gala to the annual Bench Fashion Awards, and now the TernoCon. Bench also published books on Philippine pop culture and the terno.

While these are part of marketing efforts, it is marketing with a Filipino-centric vision, the goal being to keep fashion design in the country alive, if not dynamic, and with this TernoCon, to revive and propagate the making of the national dress. At least his is marketing that goes beyond his retail brand into Philippine pop culture and fashion history.

A trailblazer in building Philippine brands, Chan uses not only Filipino celebrities but also global influencers (#globalbenchsetters) to promote Bench. He is known for bringing in the top K-Pop and K-Drama stars to the country. TernoCon made us realize just how he’s promoted Philippine fashion and pop culture, and global culture almost in equal measure.

Running into him at dinner after the TernoCon show last Jan. 26, we told him how, for the second consecutive year, our choices didn’t make it to the top three winners in TernoCon, and that there must have been many others like us who had other preferences among TernoCon participants.

But—we told him, whether we liked the winning designs or not is almost beside the point. What’s significant is that staging high-profile campaigns like TernoCon has started a resonating conversation on the terno.

Efforts such as TernoCon have put the terno back on the national radar, at least. Now people are talking about what is a good terno design, which designers do them best, should it be adapted to daily wear? The questions are innumerable, the points of discussion interesting.

And women do wear the terno—modified terno, at least—or the maria clara or baro’t saya to choice social events, not just to Filipiniana events. The terno is getting to be more and more a choice of formal wear.

That’s the good that’s come out of TernoCon, and for that we give credit to Chan’s steadfast commitment to reviving terno wear, no matter the expense. (See related story, “What drives Ben Chan’s commitment to the terno?” Jan. 24, 2020, Lifestyle, Page C3)

Fashion insiders, particularly veteran designers, speak with nostalgia about the ’70s and the ’80s, when Imelda Marcos popularized the terno here and abroad. Never underestimate the power of image—the terno became synonymous with Imelda Marcos, in the minds of the Filipino and the world. The terno became a symbol of her beauty—it was as if her body was made for it—and of her political odyssey.

After the 1986 People Power Revolution, the terno was stashed back into the closet—for good reason, as the country was staggering back to its feet, and President Cory Aquino was up against threats to the de­mocratic republic and to her life. The country had no moral right to glam up and party.

In the succeeding administration, first lady Amelita Ramos preferred a streamlined version of baro’t saya to the terno. A corporate woman—to this day, in fact—she obviously preferred dressing down to dressing up.

In truth, former first ladies even before Imelda Marcos showed off the terno. Luz Banzon Magsaysay wore it well, given her slim and tall figure. Leonila “Inday” Garcia was always in a terno, and by doing so, she got the career of Pitoy Moreno started on the national stage.

Back to the present. TernoCon 2020 was a more sumptuous feast—and bigger production—than the first held in 2018. This year’s contestants weren’t amateurish at all, but showed such confidence in defining their look, and mastery of skills in construction and undeterred sense of embellishment. It was obvious that they were under the wing of this year’s mentor-designers—Lesley Mobo, Ivarluski Aseron, Philip Rodriguez and Inno Sotto. (See related story, “Army chic wins TernoCon 2020,” Jan. 29, 2020, Lifestyle Page C2)

While the jumpsuit military-look terno of the winner Hannah Adrias may not have been the first choice of some, I would learn later that a big plus for it was its cutting-edge construction and keen attention to detailing. After the show, Slim’s Fashion and Arts School head Mark Higgins, a mave­rick fashion designer himself and now a sought-after artist, was so thrilled that the winner came from Slim’s, and so did two other contestants. Higgins thought it was auspicious that this happened the night before the 100th birth anniversary of his mother, Salvacion Lim Higgins, the founder of Slim’s and whose terno masterpieces were on exhibit at the CCP that night.

Except for those that were too theatrical (usually meant for the Middle Eastern market), I liked most of the collections: Windell Madis’ flapper terno that harked back to the glamorous ’20s and is wearable, Gavin Ruffy’s terno top and pants with flapping panels, Dinnes Obusan’s terno in loops, Cj Martin’s terno with exaggerated sleeves and voluminous proportions, Renz Reyes’ intricate brocade patchwork, Toping Zamora’s use of patterns from the indigenous south.

Then came the finale of showstoppers—the collections of Mobo, Aseron and Rodriguez that simply took your breath away. They proved the high ca­liber of Philippine fashion design. More than that, they proved the incredible range of looks that the terno could assume, while still remaining elegant, even regal. No matter their innovations, they didn’t trivialize the terno. They gave it the respect due a national dress. (See related story “Mentors prove their mettle,” Jan. 31, 2020, Lifestyle)

And this brings me to the opinions we heard about today’s terno innovations. A few women we talked to felt aghast that the terno “has been reduced to hot pants or micro minis,” one said. “In contrast, when I wear terno to events, I do so with respect.”

Indeed, where do you draw the line between innovation and ingenuity on one hand, and tradition and sense of history on the other? How do you make it relevant to the millennials and the next generation without merely pandering to youth? How do you popularize the terno as contemporary, even day, wear without trivializing it? (See related story Page C5)“My daughter (a millennial) even bought the terno top at Bench, and she loves wearing it with jeans,” a friend told us, insisting that the terno movement is on the right track. Another disagreed, saying that other countries leave their national costumes as dictated by tradition and culture. “You don’t see the Japanese hybridizing their kimono, or the Koreans their hanbok, or the Vietnamese the ao dai.”

But then, is the terno our national costume? Even if it’s not, since it has become a symbol—a visual icon—of the Filipino, it deserves respect.

But then again, one must remember that Valera himself drew flak when he innovated on the terno. Joe Salazar almost got pilloried when he dressed a Bb. Pilipinas candidate in a terno with a see-through hoop skirt.So the terno, unlike other national costumes, will not be a fixed visual template. Filipinos will tweak it; it’s so tempting.

But at the end of the day, it’s the designer’s competence—his knowledge of tradition and fashion history, his skills in design and construction, his creativity of design—that will determine the terno’s popularity today. That and the designer’s and the wearer’s taste.

Elegant is elegant. Tacky is tacky. (Hot pants with terno top is no terno. It’s just a striptease.) 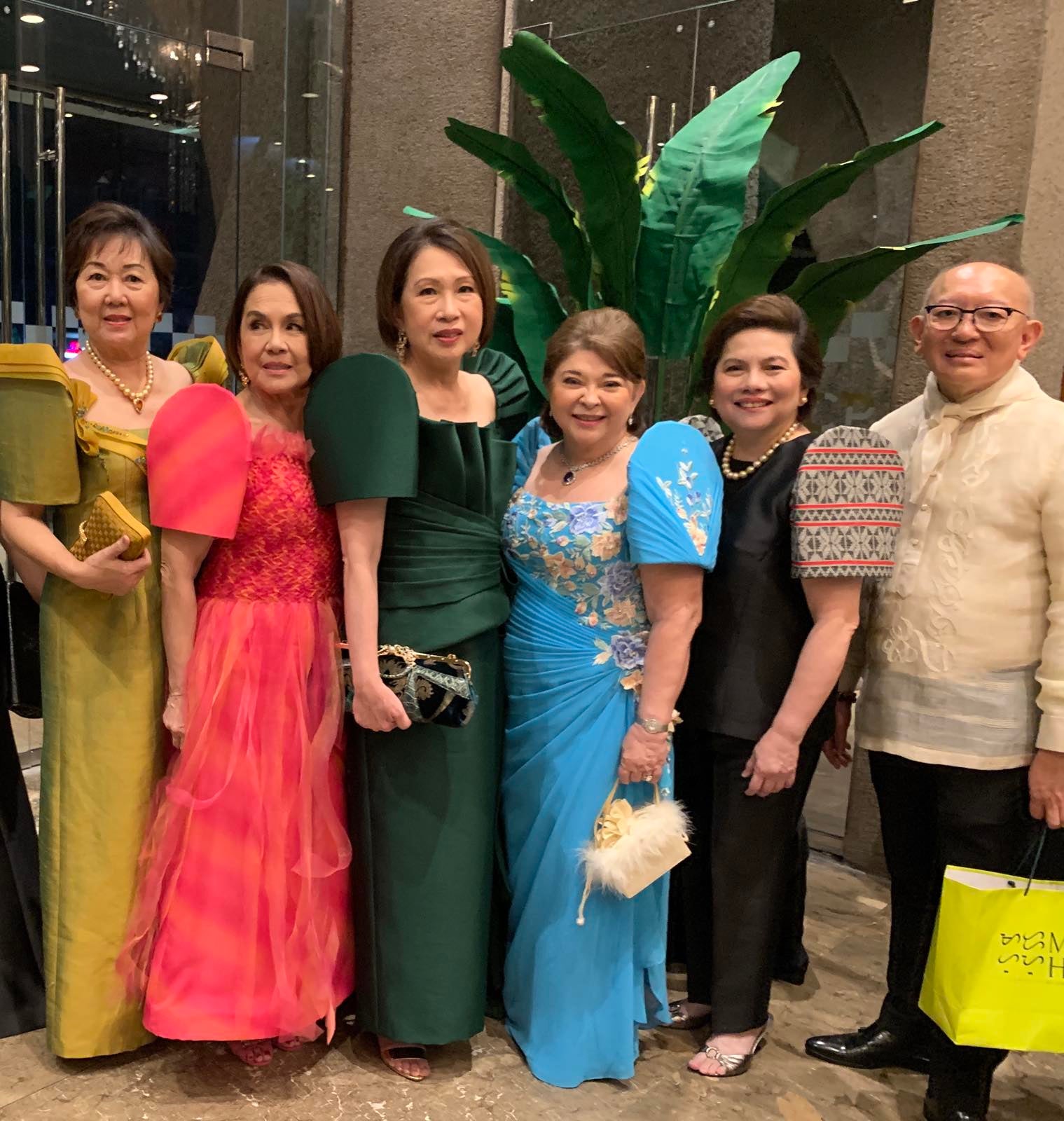