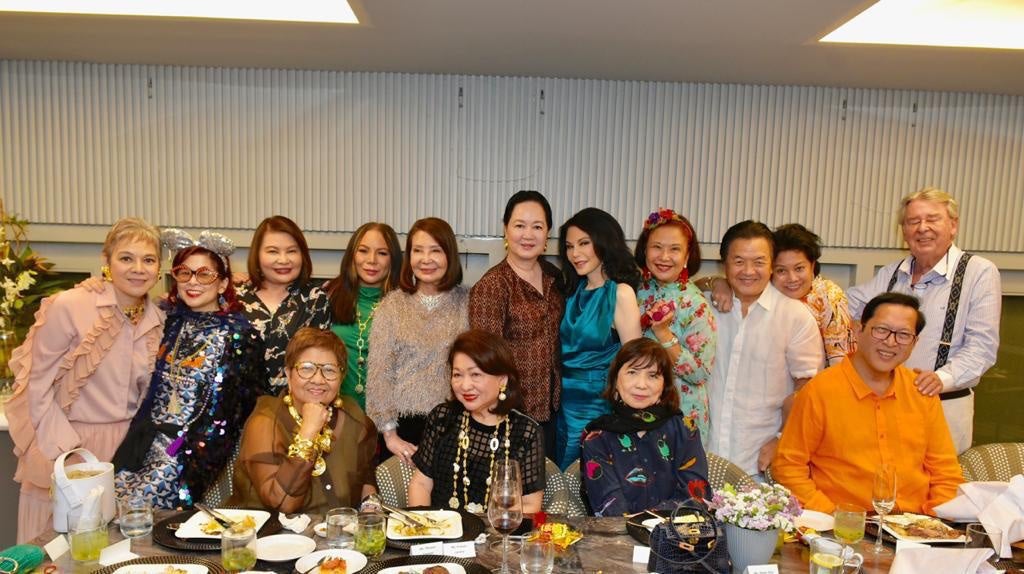 Have you decided what you will do on the extra day this month? We welcome February with 29 days because it’s a leap year! With our family eagerly awaiting the arrival of our first grandson, we know this February is already extra special.

During the pictorial for the digital cover of Lifestyle Asia for January, Direk Freddie Santos treated me to lunch at the Tap Room Bar in the Manila Hotel. He told me that he would finally have his 16th birthday, since Freddie is a leap year baby and technically, only has a birthday every four years. Of course, Freddie is happy to enjoy every day here on earth and share his insights on preserving Manila’s rich history and culture.

Lifestyle Asia talks about what being an agent of change truly means in today’s modern era. In the magazine, Manila City Mayor Isko Moreno and I share how, through public service and charity events, any action, big or small, can be a ripple that starts a wave of positive change.

After the somber week that started with the tragic news of the helicopter accident that claimed the lives of basketball superstar Kobe Bryant, his daughter Gianna and seven others, we all should really live our own lives sharing love and appreciating our blessings.

Yolo (You only live once) has been my life motto, and I live every day with total gratitude and love. My hubby, Dennis, survived a helicopter crash 15 years ago, so I am ever so grateful for our time together.

Dennis is starting the Year of the Metal Rat by moving to become the president of Alphaland Corp., owned by taipan Roberto Ongpin. He was happy to make the move because PhilWeb is already doing so well under its new owner, Greggy Araneta, and its new president Brian Ng. Brian and Dennis have worked together since 2000 in the Print Town group of the Inquirer, and in fact, were both in the same helicopter crash. At the time, both Edlynn Ng, Brian’s wife, and I were pregnant with our youngest children, who were both born in May.

Those are the sort of celestial coincidences that demand a lot of thanksgiving. Dennis is also very thankful to be joining Alphaland, as he sees the move into real estate as a new challenge. Alphaland, of course, is known for its unique real estate projects, primarily the upscale Balesin Island Resort and the scenic Alphaland Baguio Mountain Lodges, as well as the to­wering Alphaland Makati Place building in Makati and soon, the upcoming development in Patnanungan Island.

Speaking of thanksgiving, a wonderful birthday party was hosted for internationally acclaimed jewelry and accessory artist Ann Ong at Blooms Restaurant Café + Bar. Her close friends Philip and Ching Cruz and their restaurant partner Carlos Chan threw the dinner party with DJ music at their establishment at Greenbelt 3, which has been totally renova­ted and rebranded.

A few days later, my partner-in-crime Tim Yap celebra­ted his birthday bash at Mistral Rooftop Bar in the Raffles Hotel. His theme, #DotsEntertainment, was fully expressed in the décor and giant black-and-white photographs styled by Cyndi Fernandez of Moss Manila. I got Dennis to wear his only polka dot polo shirt to match my over-the-top outfit! As expected, I won best costume, but told Tim to pass the award to another, since I am already a hall of famer!

To welcome the Year of the Metal Rat, Swatch grand dame Virgie Ramos hosted a fun afternoon affair at Power Plant Mall in Rockwell. The newest Swatch Collection was launched, with the latest design that has cute stylized rat ears on the band.

Adorable Scarlet Snow Belo was the star at the Swatch launch as she gamely posed with all the ballerina perfor­mers and joined the fun dice games. We all enjoyed Chinese dishes deliciously prepared by Margarita Forés.

Silver mice sculptures welcomed the guests at the ground floor of Rockwell Power Plant Mall. They were benches, but looked as if they were scurrying to the main installation—a giant slice of cheese.

After many IG photos and videos were taken and guests seated, international Wushu champion Janice Hung performed an exhibition number, ending it by cutting the giant cheese in half. The Halili-Cruz ballerinas, who played Swatch mice in tutus, took center stage when they smelled the cheese. They danced around it, then directed the audience’s attention to the top stage, where Swatch ambassadors Nico Bolzico and Matteo Guidicelli greeted everyone and pulled the tassel to reveal the Swatch Chinese New Year Special watch, Cheese!

Guests then made their way to the main event area at the newly opened Swatch Shop at R2 Level Bridgeway, where red Chinese arcs and lanterns decorated the entrance. There were giant fortune cookies on the table, a cheese buffet at the Swatch cheese wall, and a delectable menu personally prepared by Chef Margarita, a very rare treat.

Everyone loved the fun activities with Swatch prizes. We tried our luck at Bo Bing using huge dice. The men particularly liked the Pin the Nose on the Rat game, taking turns spinning each other in mouse-eyed glasses. Dr. Hayden Kho was the champion. There was also the Cheeses and Traps wall board game where Scarlet Snow Belo won against Derek Ramsay.

The day of the party was also the birthday of Belo Me­dical Group CEO Dr. Vicki Belo, so one lady taipan nicely sent the other lady taipan a surprise birthday cake—a cheesecake, keeping with the theme. Martin Nievera and Christian Bautista led the guests in singing “Happy Birthday.”